Baptisms at a Tenn. high school must cease, FFRF declares 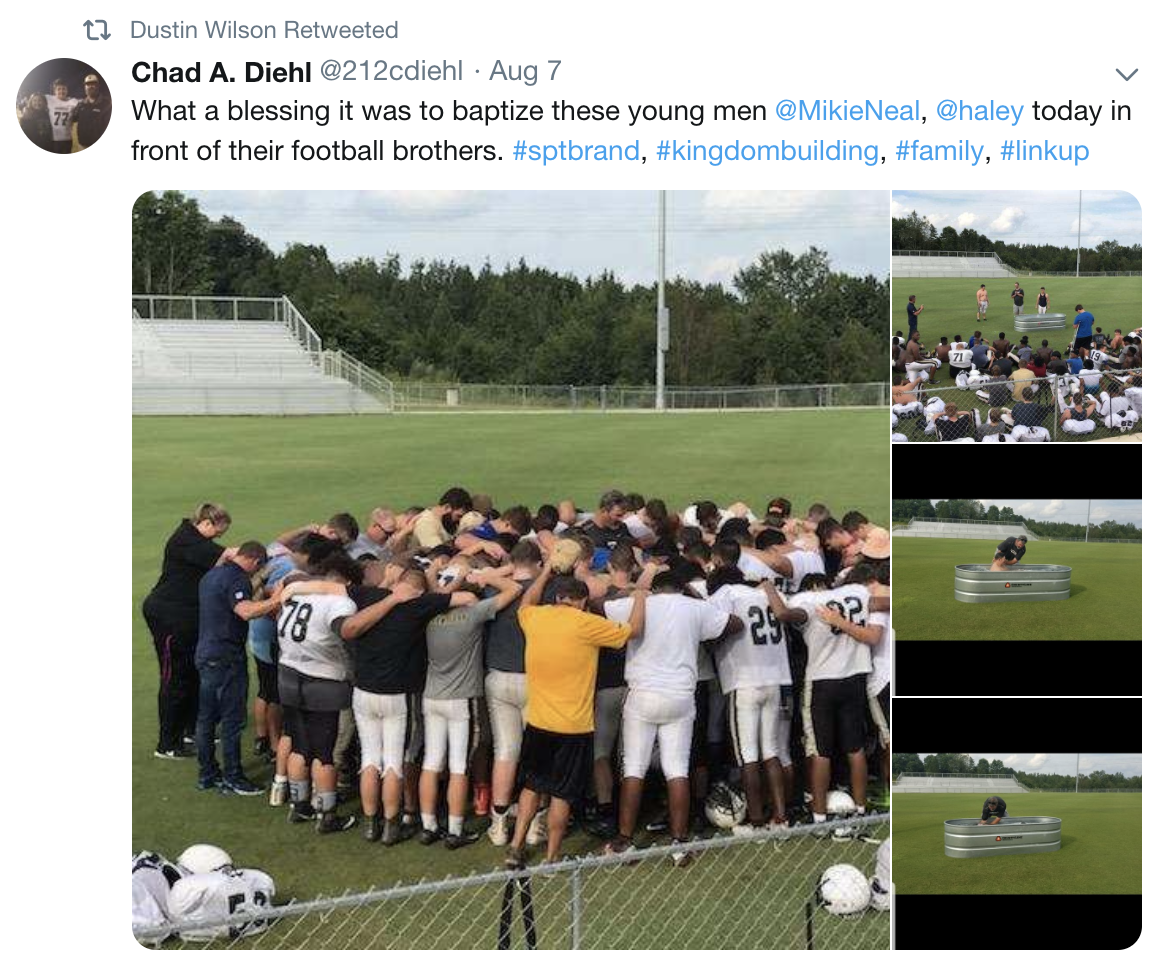 Coaches at a Tennessee high school must stop

Coaches at a Tennessee high school must stop promoting and endorsing religion to students, FFRF contends.

A concerned area resident reported that on Aug. 7, Chad Diehl, a minister at Bethlehem Baptist Church and “character coach” for the Springfield High School football team, baptized two players on the school’s football field in front of the rest of the team and coaches. One of the coaches, Jake Buttram, tweeted a photo from the baptism with the message, “Great day for two young men being baptized in front of our team and our field. Better than winning any game or any trophy.” Head Coach Dustin Wilson retweeted a post from Diehl that included photos of the baptism and the message, “What a blessing it was to baptize these young men today in front of their football brothers.”

It is illegal for coaches to organize or participate in religious activities with students, including baptisms, FFRF reminded the district in a letter to Superintendent Chris Causey. FFRF wrote to ensure that the district ceases promoting and endorsing religion to its students through prayers, religious rituals or a “character coach.”

“It is inappropriate for a public school district to proselytize students by praying with students, baptizing students, or employing an outside religious leader to organize these activities,” writes FFRF Staff Attorney Chris Line. “This is especially problematic in the context of athletics, given the coercive pressure players feel to conform to coaches’ expectations so as not to disappoint coaches or hurt their standing on the team.”

FFRF is requesting that the district investigate and take the appropriate steps to ensure there will be no further illegal religious events, including any official prayers and team baptisms, during school-sponsored activities. Specifically, coaches and school staff should be instructed that they can neither organize nor participate in religious activities with students while acting in their official capacity. Diehl must no longer be allowed to act as the “character coach” for the team and should no longer be given access to students as part of school-sponsored activities.

The Freedom From Religion Foundation is a national nonprofit organization with more than 30,000 members and several chapters across the country, including over 300 members and a chapter in Tennessee. FFRF’s purposes are to protect the constitutional principle of separation between church and state, and to educate the public on matters relating to nontheism.