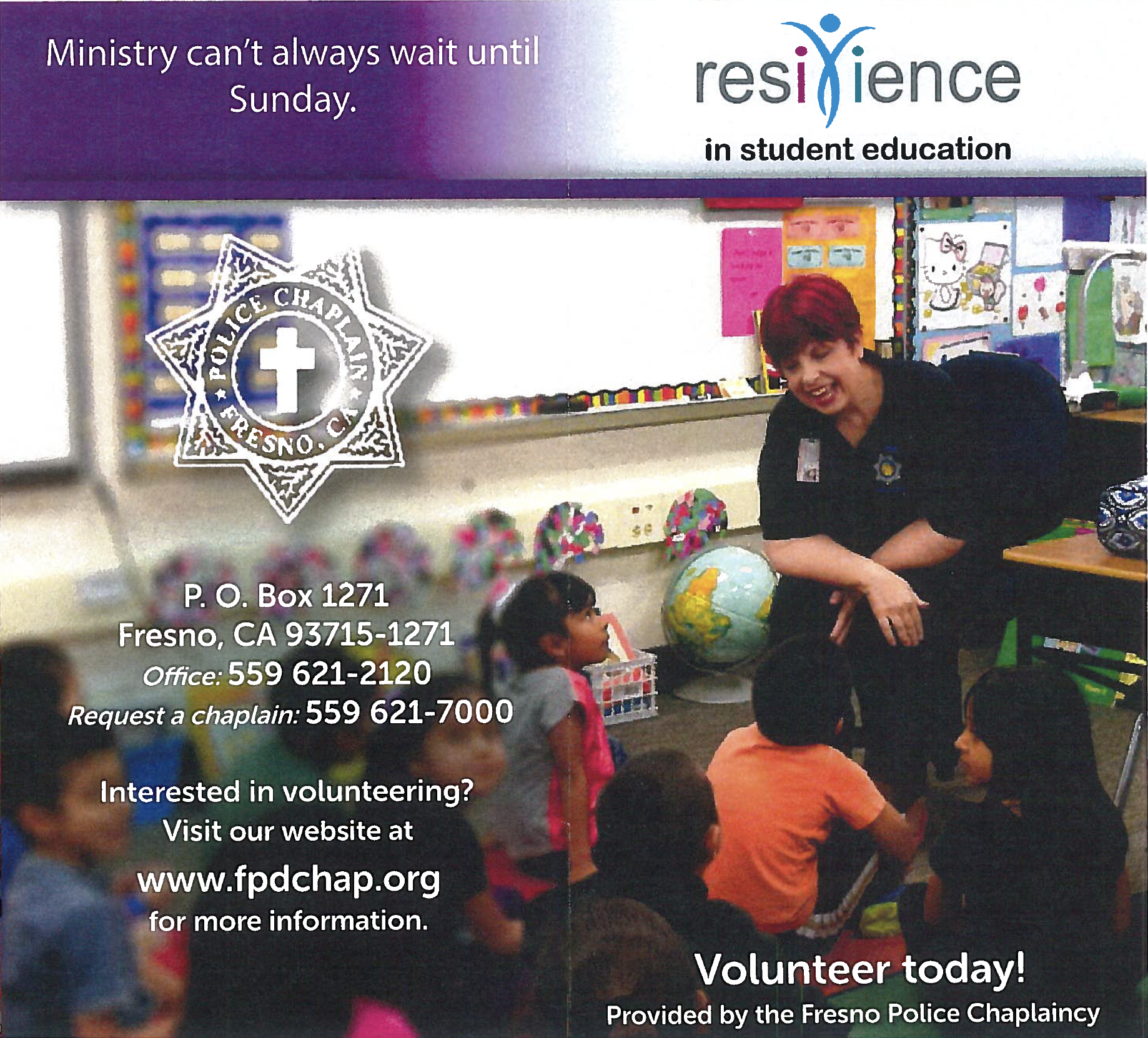 The Fresno Unified School District has replaced an official school chaplaincy program with a secular alternative after a complaint from the Freedom From Religion Foundation.

FFRF first contacted the district in June, after it was reported that the Fresno Unified School District had been operating a chaplaincy program in partnership with the Fresno Police Department and the Fresno Police Chaplaincy. According to records obtained, Fresno Unified School District was paying $65,000 a year to the Fresno Police Chaplaincy in order to bring chaplains into district elementary schools. These chaplains were tasked with “building character” in younger students and serving as “mentors.” An advertisement for the program boasted that it reached 2,100 first-grade students each week. The program was scheduled to run through 2022.

One of these chaplains described her experience with the program on the chaplaincy’s website:

My prayer is that God will continue to use me as a beacon of His light to the kiddos at Susan B. Anthony. God is able to take our ashes and turn them into something beautiful. I’m humbled and honored to be a chaplain to these children.

Another chaplain had described: “When people hear that I am a school chaplain, they immediately ask, ‘What do you do?’ My answer? ‘I put on the uniform and show up, never knowing what God has planned for that day.’”

FFRF sent a letter to Superintendent Robert Nelson in June urging the district to stop allowing chaplains access to its students.

“It is inappropriate and unconstitutional for the district to offer religious chaplains unique access to befriend students during the school day on school property,” FFRF Staff Attorney Chris Line wrote to the district. “No outside adults should be provided carte blanche access to minors — a captive audience — in public schools.”

The district and the Fresno Police Department have since partnered to establish the Resilience in Student Education (“RISE”) Mentorship Program, which will replace the School Chaplaincy Program.

FFRF applauds the district’s action in creating an inclusive program for its students of all faiths and none at all.

“FFRF is very pleased with the district’s prompt response to this issue,” comments FFRF Co-President Annie Laurie Gaylor. “We commend the district on its commitment to upholding the rights of conscience of its students and community members.”

The Freedom From Religion Foundation is a national nonprofit organization with more than 30,000 members and several chapters across the country, including nearly 4,000 members in California and a chapter in Sacramento. FFRF’s purposes are to protect the constitutional principle of separation between church and state, and to educate the public on matters relating to nontheism.