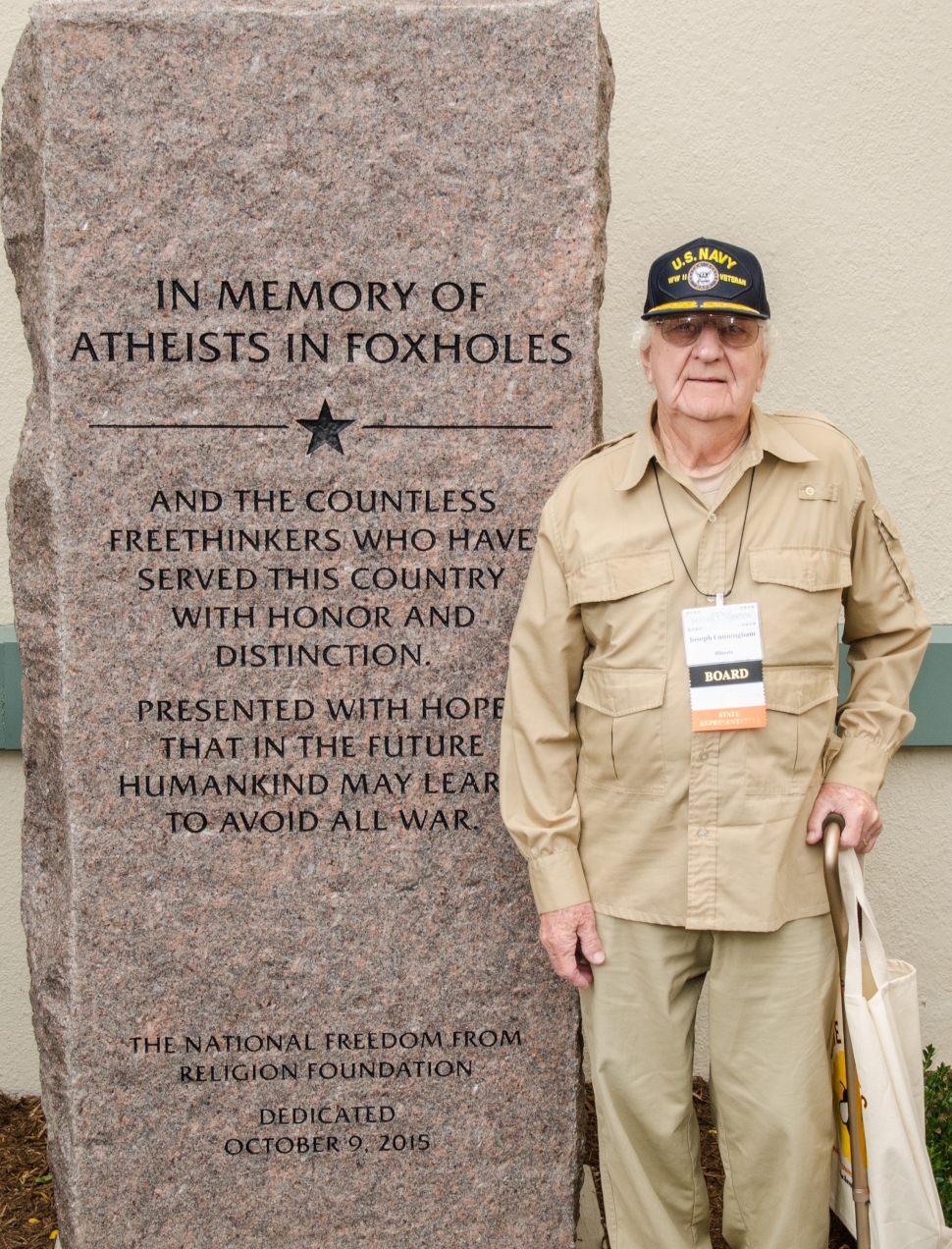 The Freedom From Religion Foundation is strenuously objecting to new VA rules on religious displays.

The U.S. Department of Veterans Affairs recently announced a change to its directive on “Religious Symbols in VA Facilities.” A July 3 VA news release suggests that the policy changes are meant to “protect religious liberty.” But, FFRF points out, it’s nonsensical for a government agency releasing guidelines on government speech at government-run facilities to invoke the idea of “religious liberty,” since the department itself has no religion in need of protection. Instead of protecting religious freedom, the new guidelines will embolden misguided government employees to promote religion with government-endorsed displays on VA property — a problem already regularly reported to FFRF by nonreligious veterans.

“The VA’s actions undermine our Constitution, which intentionally establishes a secular government in order to preserve religious freedom, a right enjoyed by individuals,” FFRF Associated Counsel Sam Grover writes to Secretary of Veterans Affairs Robert L. Wilkie. “Were the VA truly concerned about protecting the religious freedom of veterans, it could simply do what the Constitution prescribes and keep its facilities free from government-endorsed religion.”

However, the VA is going in the opposite direction. The guidelines explicitly state that the VA “particularly encourages the placement of diverse religious symbols together in passive displays in public areas.” With the recent history of VA facilities promoting Christianity to the exclusion of all other religions and nonreligion, this policy change will almost certainly be interpreted as a green light to place Christian symbols front and center.

FFRF finds it troubling that the VA’s news release cites a 2014 opinion piece by Todd Starnes, a notoriously fact-free commentator, as evidence that the VA’s previous policies caused “unfortunate incidents that interrupted certain displays.” But Starnes is no journalist, and his piece is not about religious displays. It’s about four incidents involving Christmas gift donations being rejected at different VA facilities, issues that were corrected. The VA also cites one legitimate news report from 2015, where the Salem VA briefly considered not placing a Christmas tree in its facility before allowing one.

Regardless, none of these isolated, resolved incidents from years ago should prompt the recent change in VA policy. The VA’s inability to come up with more current examples is telling. The new policy does come after a lawsuit was filed this May against the Manchester VA Medical Center for adding a Christian bible to its POW/MIA table display. The display has become an unfortunate symbol that the VA honors the sacrifice of Christian servicemembers above all others — and that message is what the VA’s new policy will encourage at other facilities.

If the VA truly cares about the religious freedom of its veterans, FFRF asserts, it will rescind its new directive and instead instruct its facilities to post displays that honor all of our veterans, regardless of their religious or nonreligious beliefs. Protecting religious liberty means preserving each individual’s right of conscience.

“The VA’s new policy favoring religion will generally mean the privileging of Christianity,” says FFRF Co-President Annie Laurie Gaylor. “As a state/church separation watchdog, we want the VA to be truly inclusive of all Americans who have served our country.”

The Freedom From Religion Foundation is a national nonprofit organization with the purposes to protect the constitutional separation of church and state and to educate the public on matters relating to nontheism. It is contacting the VA on behalf of the 24 percent of its more than 31,000 members who are in the military or are veterans.