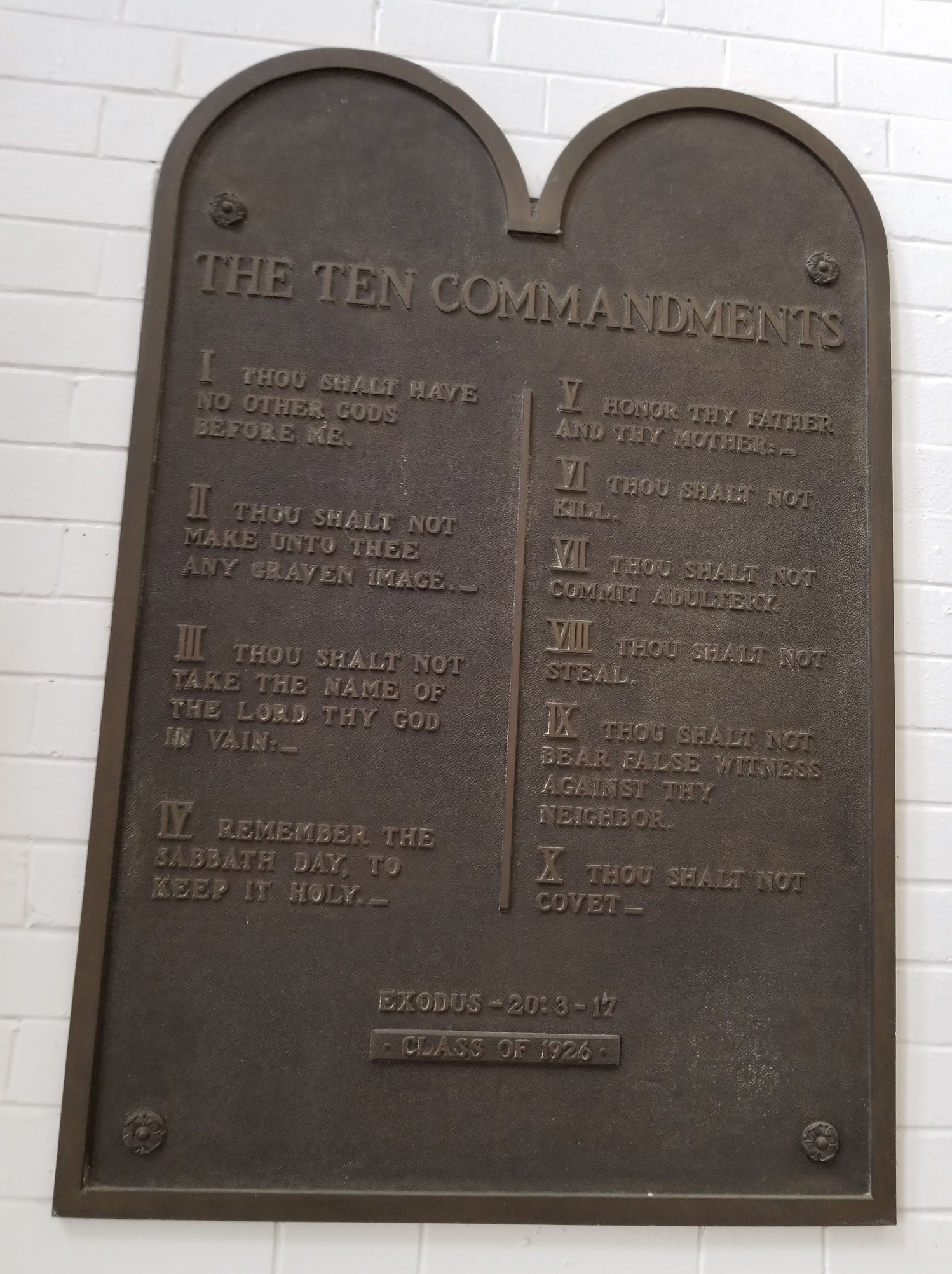 New Philadelphia City Schools has removed a Ten Commandments plaque from Welty Middle School after the Freedom From Religion Foundation lodged a complaint against the unconstitutional religious display.

A concerned district parent had reported to FFRF that the school prominently displayed the plaque near its auditorium entrance. The Supreme Court has ruled that displays of the Ten Commandments in public schools violate the Establishment Clause of the First Amendment, FFRF Legal Fellow Chris Line pointed out to the district.

“The district’s promotion of the Judeo-Christian bible and religion over nonreligion impermissibly turns any non-Christian or nonbelieving student into an outsider,” Line wrote in his letter to the district’s attorney. “Schoolchildren already feel significant pressure to conform to their peers. They must not be subjected to similar pressure from their schools, especially on religious questions.”

New Philadelphia City Schools’ attorney Brian DeSantis responded to FFRF assuring the state/church watchdog that the “plaque has been taken down and is no longer on display on district property.”

The Freedom From Religion Foundation commends the district for quickly addressing this violation and taking a critical step to ensure all students’ views are honored.

“We applaud the district for taking action to remedy this violation,” comments FFRF Co-President Annie Laurie Gaylor. “Students in our public schools are free to practice any religion they choose — or none at all. In America, we live under the First Amendment, not the Ten Commandments."

The Freedom From Religion Foundation is a national nonprofit organization with more than 31,000 members and chapters across the country, including over 800 members in Ohio and a chapter in Cleveland. FFRF’s purposes are to protect the constitutional principle of separation between church and state, and to educate the public on matters relating to nontheism.