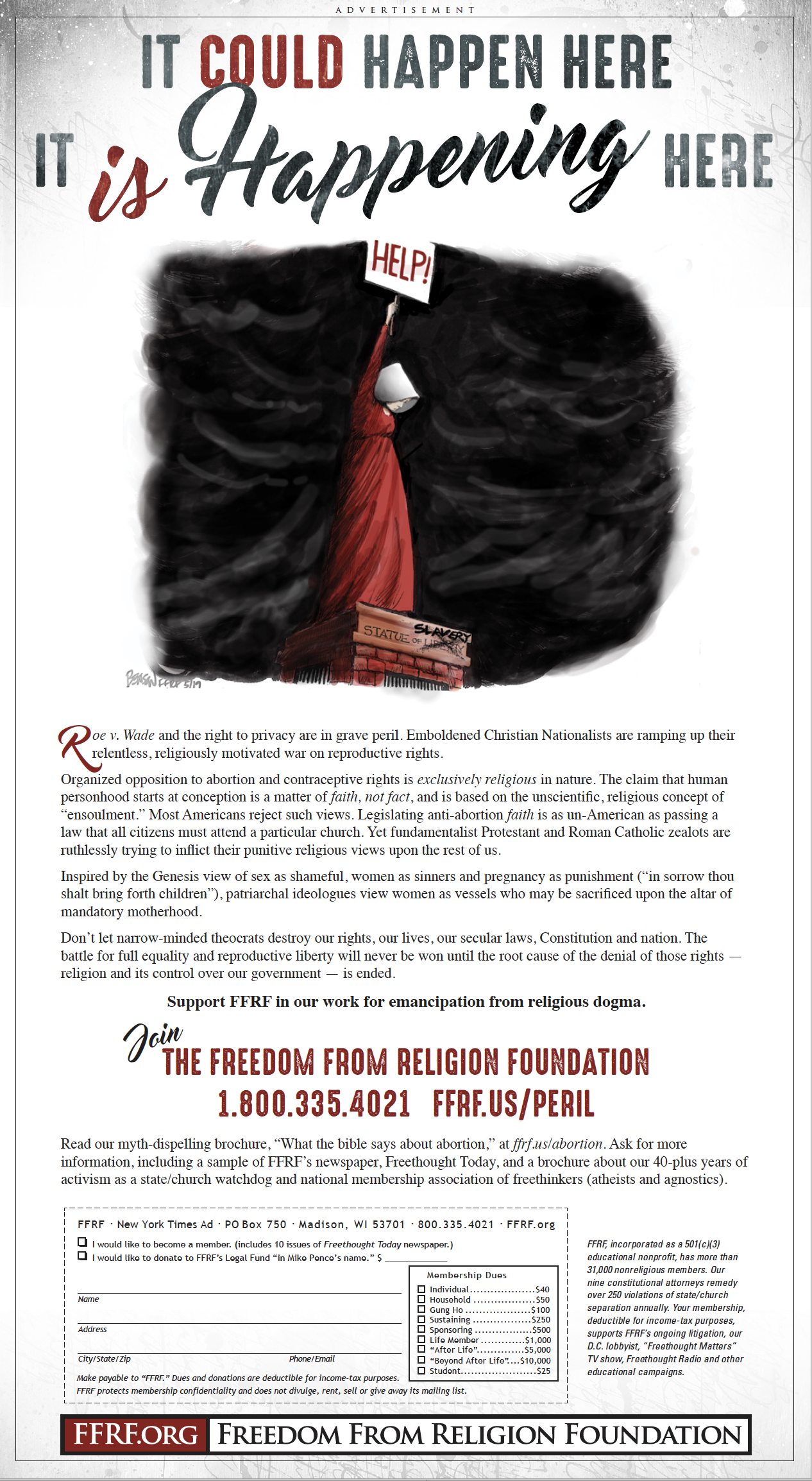 The Freedom From Religion Foundation has run a full-page ad today in The New York Times proclaiming that abortion rights can only be secured by honoring the separation of state and church.

The dramatic ad depicts a stark image of the Statue of Liberty transformed into a “Handmaid” who is holding a help sign instead of a torch. The image is drawn by Pulitzer Prize-winning cartoonist Steve Benson. Headlined “It could happen here. It is happening here,” the ad warns that Roe v. Wade and privacy rights are in grave peril due to emboldened Christian Nationalists.

The ad has appeared in Tuesday’s edition, to be followed later by a digital Times ad campaign.

“Many groups are laudably working for reproductive rights,” says Annie Laurie Gaylor, FFRF co-president. “But the root cause of the denial of those rights is religious in nature. That’s why the battle for reproductive liberty will never be secure if we allow politicians to impose their personal religious views on the rest of us.”

FFRF’s ad notes that organized opposition to abortion and contraceptive rights is exclusively religious in nature, predicated on the unscientific, religious concept of “ensoulment,” a view most Americans reject.

The ad links to FFRF’s myth-dispelling brochure, “What the bible says about abortion.”

The Freedom From Religion Foundation is a national state/church watchdog organization with more than 31,000 nonreligious members and several chapters all over the country.