Betty Bowers to give God a performance review at FFRF convo 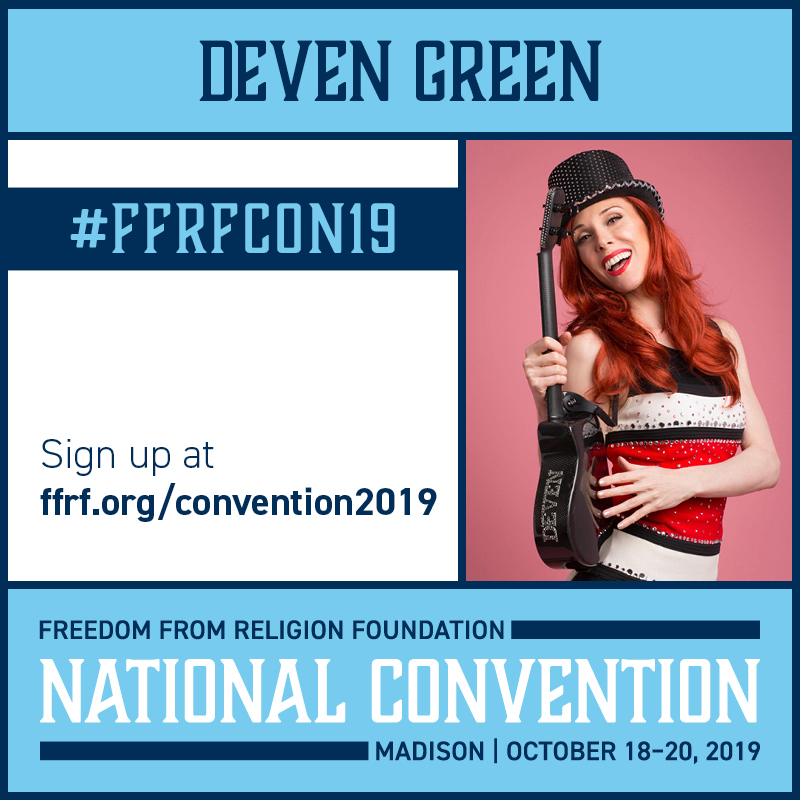 Betty will be performing this year at FFRF’s national convention in Madison, Wis., which takes place Oct. 18-20 at the Monona Terrace and Convention Center.

Mrs. Betty Bowers is a satirical character played by comedian Deven Green and conceived and written by Andrew Bradley. Both will be participating at the convention. Betty’s convention speech is titled, “God Gets His Annual Job Performance Review from Mrs. Betty Bowers, America’s Best Christian™.”

“Bowers is a haughty, prim, conservative American church lady who lampoons and deconstructs many aspects of Christianity, as practiced in modern America,” writes RationalWiki.

Bradley, an American humorist, has written or co-written three books about the two topics he was told never to talk about: religion and politics. This year, the New York Post labeled Betty Bowers “a top Twitter wag.” Bradley writes the content for Betty’s Facebook and Twitter accounts, with those posts routinely appearing on millions of people’s pages and feeds each week. Bradley also served as a lead writer on other successful websites, among them: LandoverBaptist.org, a full-throttle spoof of fundamentalism; and WhiteHouse.org, a satiric mirror of the real White House website.

As for Green, besides portraying Betty Bowers, she has performed in the cult video “Welcome To My Home” and “Welcome To My White House” parodies, as a judge on “RuPaul’s Drag Race,” proudly headlining Pride venues across the country, and playing sold-out music shows overseas, performing with the most famous drag queens in the world.

The Bowers team is joining several other major speakers in Madison, Wis., the weekend of Friday, Oct. 18, through Sunday, Oct. 20. Best-selling author Sarah Vowell, Americans United for the Separation of Church & State President Rachel Laser and “Liberal Redneck” comedian Trae Crowder are some prominent names. FFRF’s Director of Strategic Response Andrew L. Seidel will be talking about his new book, The Founding Myth: Why Christian Nationalism Is Un-American. “Friendly Atheist” blogger Hemant Mehta will speak on “Is atheism still taboo in politics.” Mandisa Thomas, who will be named FFRF’s 2019 Freethought Heroine, is the founder and president of Black Nonbelievers. Frederick Clarkson, senior research analyst at Political Research Associates and author, will talk about how he broke the story regarding Project Blitz, a Christian Right state legislative campaign with long-range theocratic intentions. Anthony B. Pinn, a professor of humanities and religion at Rice University, will be receiving FFRF’s Emperor Has No Clothes Award. Sign up here.

FFRF conventions are a celebration of freethought and secularism. Come help us celebrate — and have some fun in the process! 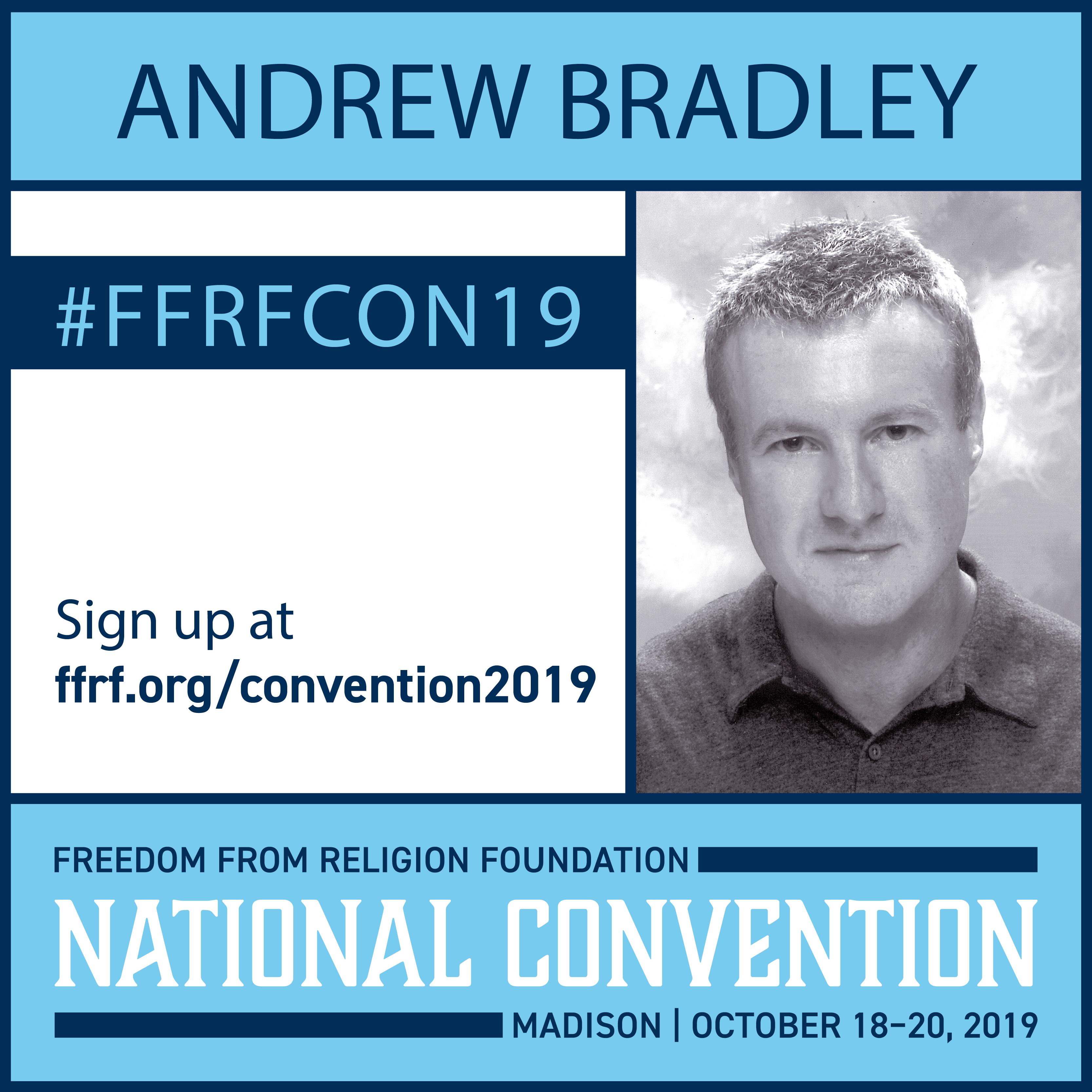