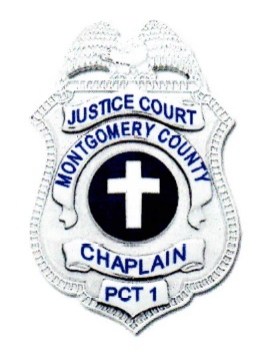 Last September, a federal court judge dismissed a lawsuit by the Freedom From Religion Foundation and three local plaintiffs filed in March 2017 against Montgomery County Judge Wayne Mack’s religious rituals at the beginning of court sessions. U.S. District Court Judge Ewing Werlein Jr., for the Southern District of Texas in Houston, dismissed the case because the only defendant was

Last September, a federal court judge dismissed a lawsuit by the Freedom From Religion Foundation and three local plaintiffs filed in March 2017 against Montgomery County Judge Wayne Mack’s religious rituals at the beginning of court sessions. U.S. District Court Judge Ewing Werlein Jr., for the Southern District of Texas in Houston, dismissed the case because the only defendant was Montgomery County, which has no control over Mack’s courtroom practices. The case was dismissed without prejudice, meaning FFRF was free to refile the case against the proper defendants.

With the support of compelling evidence, the state/church watchdog is indeed doing that.

Mack, a graduate of the Jackson College of Ministries, where he majored in theology, ran for justice of the peace in 2014 on a platform of instituting religious values within the office. Now, as a judge, he has made the unprecedented decision to solicit chaplains to open each of his court sessions with prayer, a practice not replicated by any other court in the country.

Shortly after assuming his post on May 1, 2014, Mack instituted a Justice Court Chaplaincy Program that would eventually serve as the primary source of the chaplains who deliver courtroom prayers. In the beginning, Mack made clear that only Christian chaplains need apply. Mack’s original chaplain training manual described the program as a “ministry” and included an image of a badge, issued by Mack to each chaplain who completed a training session, that featured a large Christian cross in the middle. Chaplains would wear these badges while delivering prayers in Mack’s court. Unsurprisingly, the overwhelming majority of the chaplains in the program, and the prayers they deliver, have reflected Mack’s personal religious beliefs.

By spring 2015, after receiving scrutiny from the Freedom From Religion Foundation and a formal complaint to the State Commission on Judicial Conduct, Mack began revising his courtroom-prayer practice. Now, after attorneys have indicated their presence in the courtroom and after the docket has been called, but before Mack has entered, the bailiff or court clerk gives a brief introductory statement describing the prayer practice. That announcement is supposed to include a statement that those opposed to prayer may leave the courtroom without affecting the outcome of their cases, although this has been inconsistently incorporated. Mack enters the courtroom, and after his introduction, the chaplain leads a prayer. The courtroom doors are magnetically locked. To exit, a person must push a button and re-entry can only be granted by someone already inside the courtroom. Mack requested that magnetic locks be added to his courtroom doors, the only justice of the peace in Montgomery County, or indeed, any surrounding county, who locks his courtroom doors in this manner.

FFRF co-plaintiff John Roe has been present in Mack’s courtroom on many occasions in recent years, and on each of these occasions, he was exposed to a courtroom prayer led by a Christian chaplain. Roe objects to any government official dictating when or how he prays. In mid-June 2017, prior to the start of court, Roe was in the courthouse but not yet in the courtroom, negotiating a settlement with a litigant. The clerk of court entered the room and instructed Roe and the litigant that they “need[ed]” to enter the courtroom to participate in the prayer. This wasn’t framed as a request, but as a demand. Roe complied because he believes that publicly registering his objection to the courtroom-prayer practice would jeopardize his business, since it would bias Mack against him and his clients.

Mack’s courtroom-prayer practice places the state’s imprimatur on religion, in general, and Christianity, in particular, in violation of the Establishment Clause of the First Amendment to the U.S. Constitution, FFRF contends. Due to his considerable influence and power as a justice of the peace, Mack has coerced Roe and others to participate in his religious practice. FFRF desires a judgment declaring that Mack’s courtroom-prayer practice violates the Establishment Clause and a judgment awarding plaintiffs their reasonable attorneys’ fees and costs.

The Freedom From Religion Foundation has 31,000 members and several chapters all over the United States, including more than 1,300 members and a chapter in Texas.