FFRF objects to discriminatory school board prayer in Texas district

The Freedom From Religion Foundation is urging the Weatherford Independent School District to cease the practice of praying at its Board of Trustees meetings. 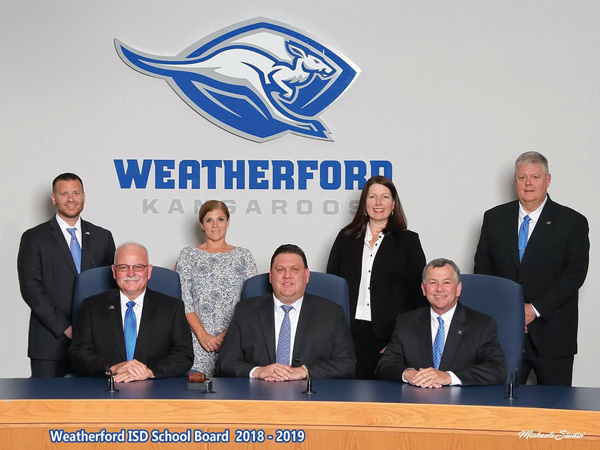 A concerned school district member has informed FFRF that the board opens each of its meetings with a prayer, led by a member of the board. These prayers are reportedly invariably Christian, typically mentioning “Jesus Christ” multiple times before closing with “Amen.” FFRF understands that students are regularly in attendance at these board meetings to receive recognition for academic achievements and that nonreligious students and community members feel compelled to participate in these prayers to avoid ostracism from the board and community.

FFRF Associate Counsel Sam Grover has written to the board highlighting how this practice is in violation of the rights of conscience of Weatherford ISD community members whose religious views do not align with the Christian prayers the board recites. It also amounts to a government endorsement of religion.

“While those in the religious majority may view opening prayers as striking an appropriately solemn tone to mark the state of the meeting, the prayers have the opposite effect for those who do not hold the same religious beliefs as the prayer giver,” Grover notes. “Minority religious families and community members, as well as those who practice no religion at all, should not be required to make a showing of their nonbelief (by not rising, bowing their heads and praying) or else display deference toward a religious sentiment in which they do not believe, in order to participate in official school board business.”

FFRF has asked the board to refrain from opening its meetings with prayer in order to create a more welcoming environment to the community’s minority religious and nonreligious members who have the right — and often good reason — to participate in these meetings.

“Imposing prayer on a captive audience at official school district meetings is ethically impermissible,” says FFRF Co-President Dan Barker. “It is unnecessary and turns religious minorities and nonreligious citizens into outsiders in their own communities.”

The Freedom From Religion Foundation is a national nonprofit organization with more than 31,000 members and several chapters across the country, including over 1,300 members and a chapter in Texas. FFRF’s purposes are to protect the constitutional principle of separation between church and state, and to educate the public on matters relating to nontheism.