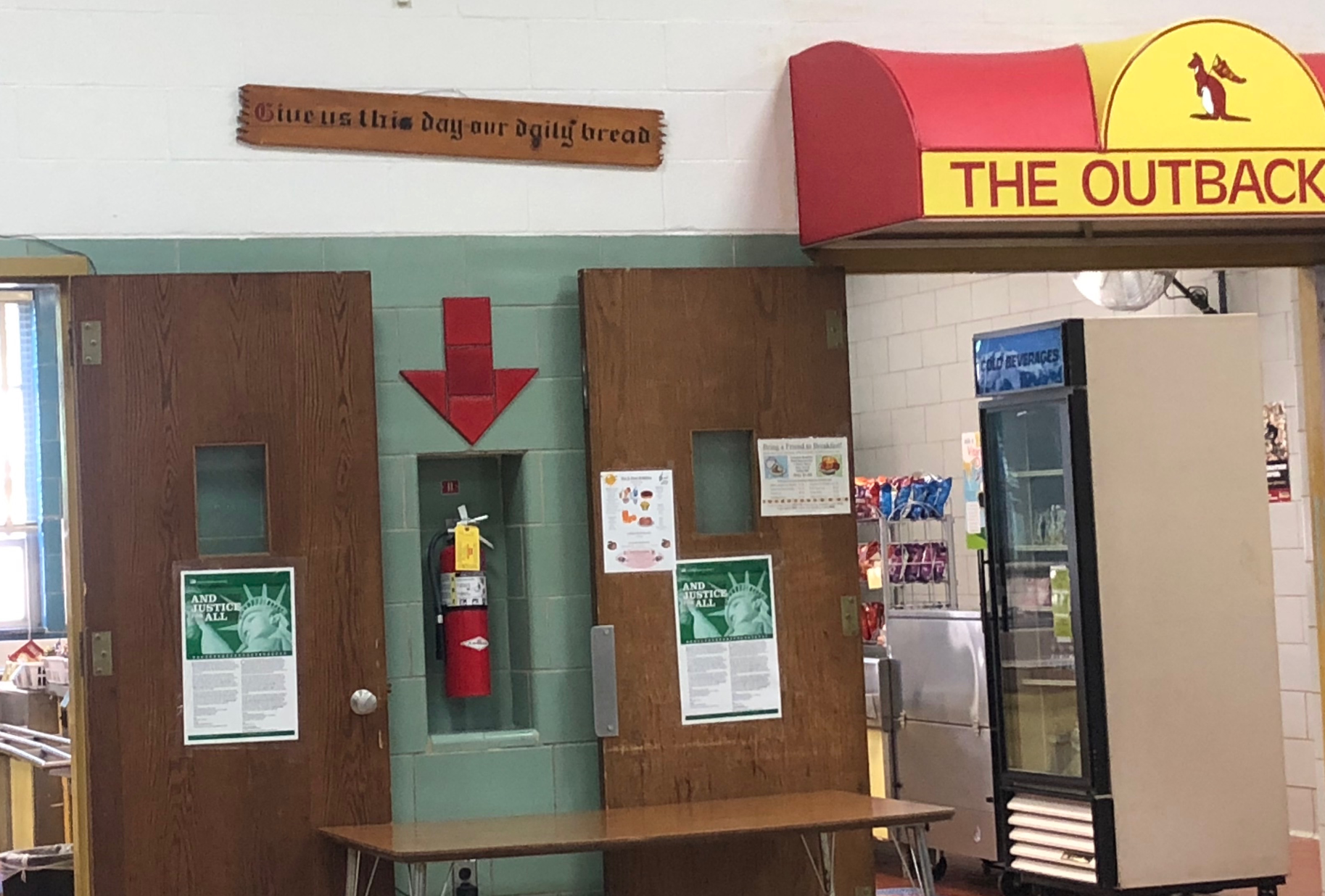 A Christian sign has come down from an elementary school lunchroom in a Harford County, Md., school following a complaint from the Freedom From Religion Foundation.

A concerned parent contacted FFRF to report that Jarrettsville Elementary School displayed a portion of the Lord’s Prayer on a large plaque in its cafeteria. Between the doors where students pass to receive their lunch, a wooden sign, approximately 3 feet wide by 6 inches tall, read “Give us this day our daily bread” in old English-style lettering. This phrase is from Matthew 6:11 in the New Testament.

FFRF sent a letter asking that the school to remove this sign to comply with the Establishment Clause of the First Amendment. It is well-established law that school districts may not display religious messages or iconography in public schools.

“Elementary students should not have to view material promoting a Christian message,” FFRF Senior Counsel Patrick Elliott wrote in his Sept. 26 letter to Superintendent Sean Bulson. “There is no educational or academic component or motive for such postings; their presence is proselytizing a captive audience.”

FFRF recently received an e-mail from the district that the plaque has been removed from the lunchroom.

“We at FFRF commend the district for remedying this violation and protecting the rights of consciousness of its students,” says FFRF Co-President Annie Laurie Gaylor. “Religion is divisive and exclusionary and has no place in our public schools.”

The Freedom From Religion Foundation is a national nonprofit organization with more than 32,000 members across the country, including over 500 members in Maryland. FFRF’s purposes are to protect the constitutional principle of separation between church and state, and to educate the public on matters relating to nontheism.