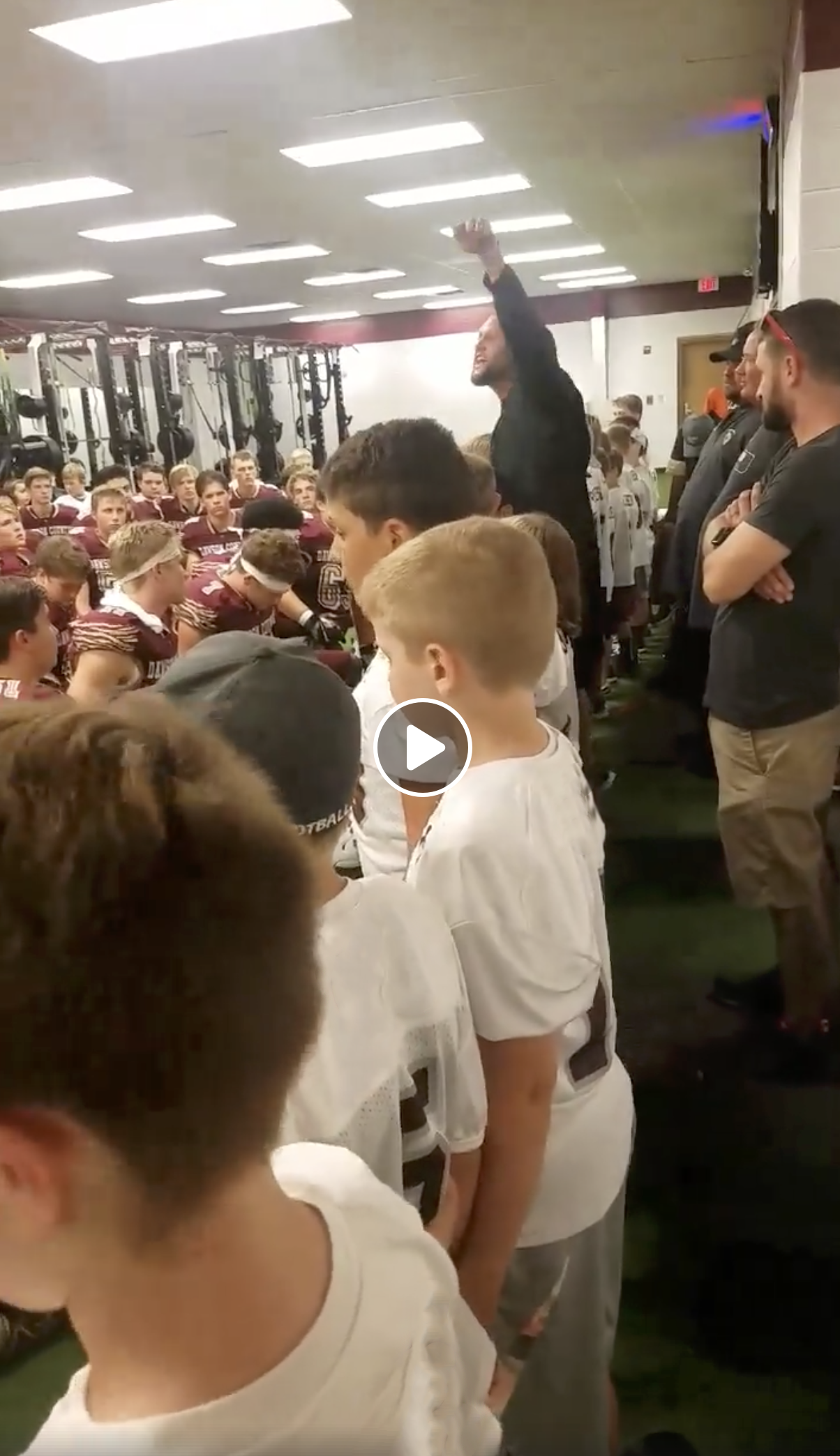 FFRF has received confirmation that coach-led prayer will not continue in a Georgia public school system.

FFRF sent a letter to the district in September, after a concerned area resident reported that Dawson County High School employed a “character coach” to regularly pray with its football team.

A video posted on Facebook on Sept. 7 showed the character coach, Pastor Russell Davis from Etowah Church, leading the football team and several young children in prayer in what appears to be the school locker room.

“Let’s pray together, Lord, we thank you, God, for another day,” Davis continues. “We thank you for an opportunity to play the game that we call football. Father, I pray that everything tonight will be for your glory.” He then leads the team in the Lord’s Prayer.

In its letter, FFRF reminded the school that it is well-settled law that a school cannot appoint or employ a chaplain, seek out a spiritual leader for students or agree to have a volunteer teach other people’s children that character centers on religious belief. This constitutes a public school endorsement of religion, a violation of the Establishment Clause of the First Amendment.

On Oct. 15, FFRF received a response from the district’s attorney assuring FFRF that coach or “character coach”-led prayer will no longer occur in Dawson County Schools.

“The superintendent has spoken with appropriate individuals and employees and is confident that any prayer in a school setting that involves students in the future will be voluntary, student initiated and student led so as to protect the rights of all students in the district,” the letter said.

FFRF commends the district for taking swift action to remedy this violation.

“We are very pleased that the district has taken the proper steps to ensure every student’s constitutional rights are honored in Dawson County Schools,” says FFRF Co-President Annie Laurie Gaylor.

The Freedom From Religion Foundation is a national nonprofit organization with more than 32,000 members and several chapters across the country, including over 500 members and a chapter in Georgia. FFRF’s purposes are to protect the constitutional principle of separation between church and state, and to educate the public on matters relating to nontheism.