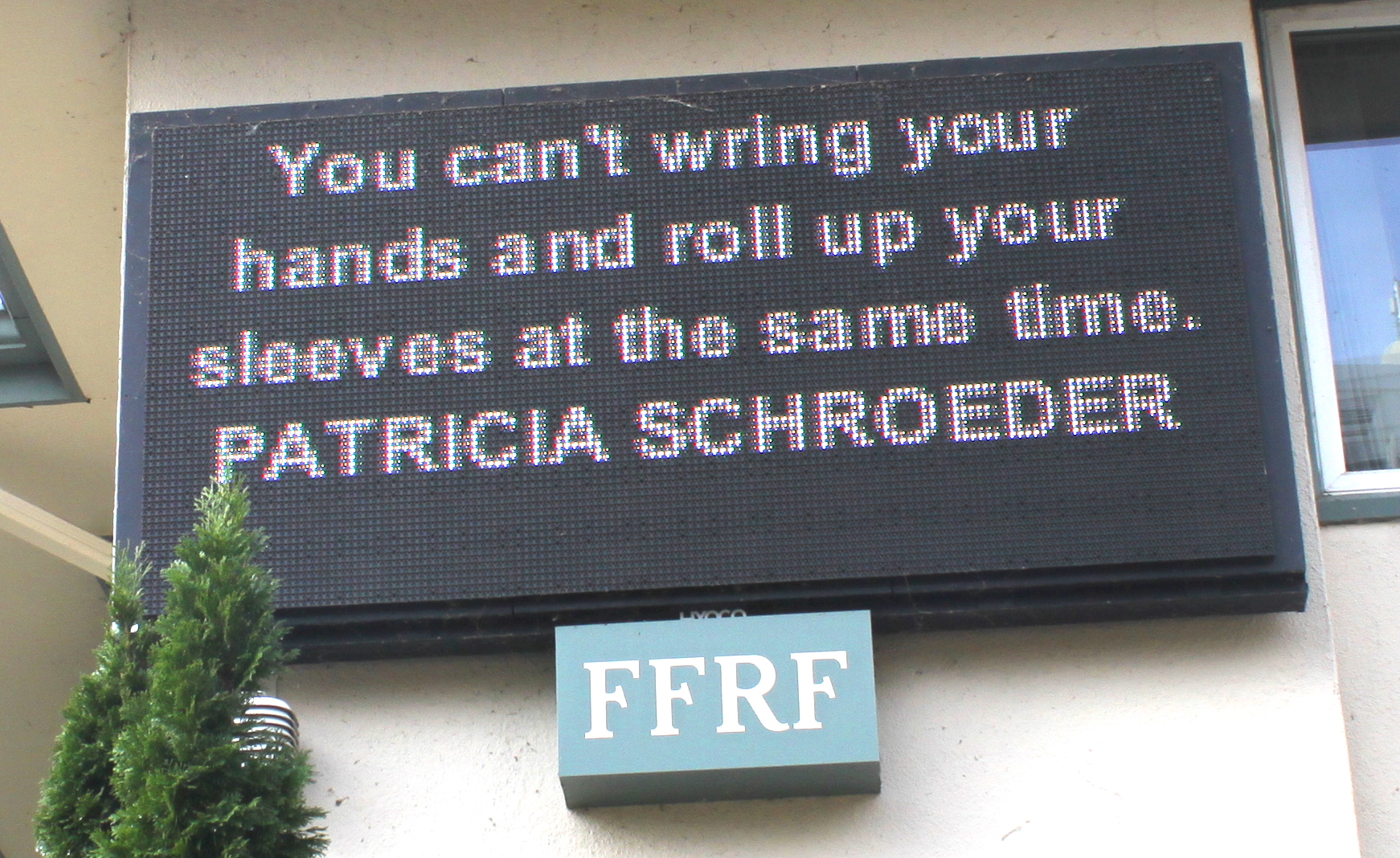 There’s no overstating the supreme setback that Saturday’s Senate confirmation of Brett Kavanaugh to the Supreme Court will be for our movement, for the explicit work of the Freedom From Religion Foundation and for our nation.

Kavanaugh’s appointment, it goes without saying, means there is a firm Religious Right majority on the high court — with Chief Justice John Roberts expected to replace retired Justice Anthony Kennedy as a not very comforting “swing” vote. We can expect the Christian Nationalist movement, already fully emboldened by the pandering of the Trump Administration, to be gunning for abortion and contraceptive rights, and for Establishment Clause precedent protecting citizens from theocratic infringement — in addition to many other threats beyond FFRF’s direct parameters.

The danger the takeover of the Supreme Court poses makes FFRF’s cutting-edge legal and educational work all the more vital. FFRF was birthed in the late 1970s at the first start of the rise of Christian Nationalism. The pendulum has swung back and forth since then. FFRF’s twin objectives seeking renewed respect for freethought and for the wall of separation between religion and government have never been easy to achieve. But with five justices having lifetime appointments — all but one in their 50s or 60s, all passing the litmus tests of extremist theocratic groups such as the Federalist Society and the Heritage Foundation — our causes are in legal jeopardy.

Truly, there should be nothing controversial about working for freedom from religion. It’s what our secular Constitution requires. A famous explanation of the Establishment Clause of our First Amendment, offered by a very different Supreme Court in 1947, says it all:

The "establishment of religion" clause of the First Amendment means at least this: Neither a state nor the federal government can set up a church. Neither can pass laws which aid one religion, aid all religions, or prefer one religion over another. Neither can force nor influence a person to go to or to remain away from church against his will or force him to profess a belief or disbelief in any religion. No person can be punished for entertaining or professing religious beliefs or disbeliefs, for church attendance or non-attendance. No tax in any amount, large or small, can be levied to support any religious activities or institutions, whatever they may be called, or whatever form they may adopt to teach or practice religion. Neither a state nor the federal government can, openly or secretly, participate in the affairs of any religious organizations or groups and vice versa. In the words of Jefferson, the clause against establishment of religion by law was intended to erect "a wall of separation between church and State." Everson v. Bd. of Ed. of Ewing Twp.

The Freedom From Religion Foundation thanks all its members and supporters for your support and commitment to true religious liberty. We will carry on and move forward until reason and our secular Constitution prevails.