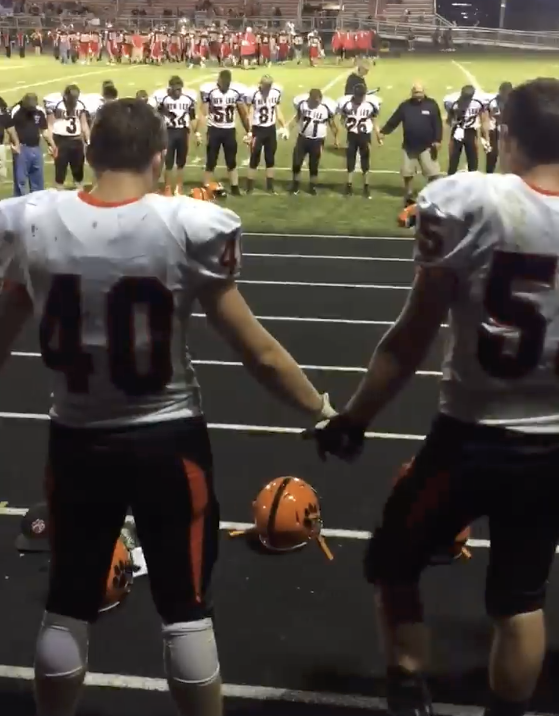 The Freedom From Religion Foundation is strongly objecting to repeated proselytizing occurring in an Ohio school district’s sports programs.

Back in 2015, the national state/church watchdog wrote the New Lexington Schools in New Lexington, Ohio, regarding a cheerleader coach leading students in prayer, and received just a pro forma acknowledgment. Now, a concerned resident has reported that coach-led prayer is still occurring in the school district.

A video posted to Facebook shows that on Aug. 24, a New Lexington High School coach led the football team in reciting the Lord’s Prayer. In the video, players are gathered around the coach in a circle holding hands. The coach gives some words of inspiration before leading the entire team in reciting New Testament verses.

It is illegal for public school athletic coaches to lead their teams in prayer, FFRF reminds the school district. The Supreme Court has continually struck down school-sponsored prayer in public schools.

“Public school coaches must refrain not only from leading prayers themselves, but also from participating in students’ prayers,” FFRF Patrick O’Reiley Legal Fellow Chris Line writes to New Lexington Schools Superintendent Casey Coffey. “It is unconstitutional for public school employees to participate in the religious activities of their students. Federal courts have held that even a public school coach’s silent participation in student prayer circles is unconstitutional.”

The conduct of the New Lexington Schools coach is unconstitutional because he is endorsing and promoting his religion when acting in his official capacity as a school district employee. He represents the school and the team when he acts in his official role as coach of the New Lexington High School football team. When a public school employee acting in an official capacity organizes and advocates for team prayer, he effectively endorses religion on the school district’s behalf.

“The coach is free to offer all the prayers in his private life,” says FFRF Co-President Annie Laurie Gaylor. “But once he’s there at the school, he’s not permitted to impose his religious beliefs on others at school events and in his capacity as coach or mentor.”

The Freedom From Religion Foundation is a national nonprofit organization with more than 32,000 members and several chapters across the country, including 800-plus members and a chapter in Ohio. Its purposes are to protect the constitutional principle of separation between state and church, and to educate the public on matters relating to nontheism.