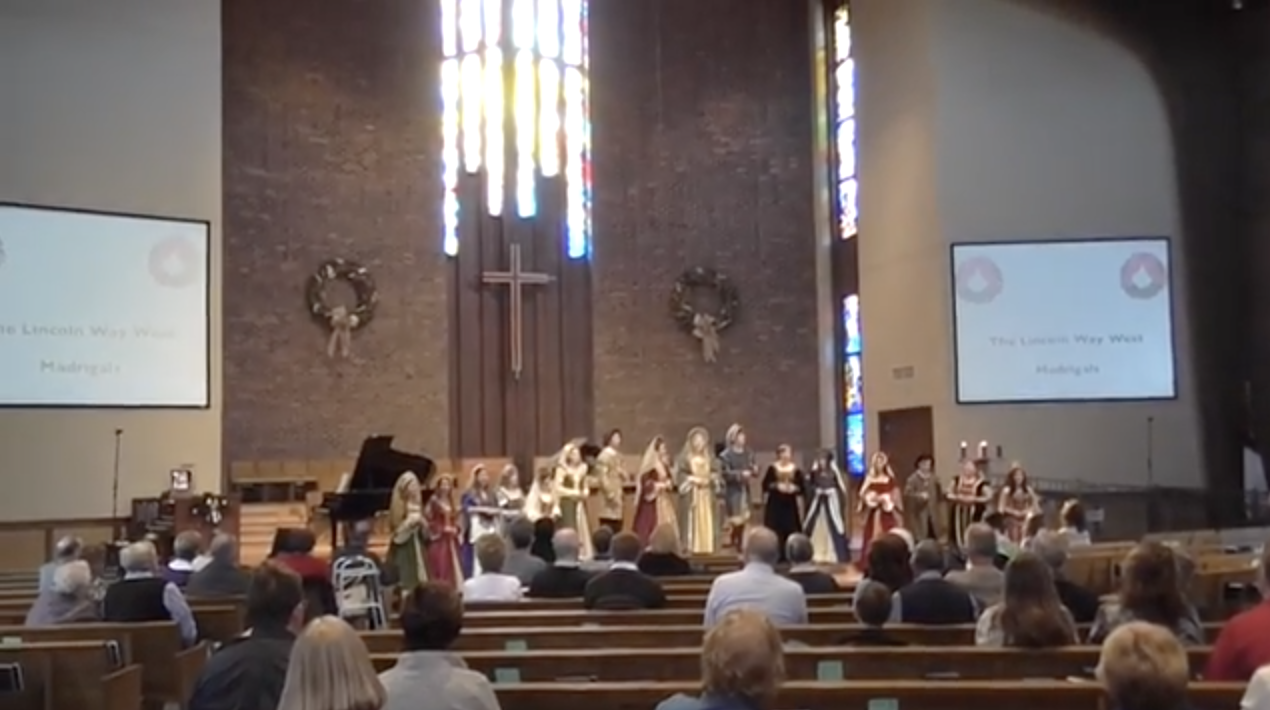 The Freedom From Religion Foundation has successfully harmonized an Illinois public high school choir with the U.S. Constitution.

Earlier this year, FFRF was informed that a public school madrigal choir at Lincoln-Way West High School in New Lenox, Ill. performed at a Catholic church in Manhattan this past December. The concert was part of the church’s Sunday morning worship services. Additionally, the choir performed at other churches in 2014 and 2015. Online videos of the 2014 presentation show that prominent religious iconography was clearly visible, including a massive Latin cross just behind the choir. In 2015, the choir performed as part of an event that a church described as “a service in song.”

FFRF sent a letter to Lincoln Way Community High School District 210 Superintendent R. Scott Tingley informing the district that the use of churches for public school programming is inappropriate and unconstitutional.

“The appearance that the district endorses a religious message is even stronger when religious iconography is present or when the choir sings devotional religious songs, as appears to be the case with every instance of district madrigal choirs performing in churches,” wrote FFRF Staff Attorney Ryan Jayne.

It is a fundamental principle of the Establishment Clause of the First Amendment that a public school may not advance or appear to endorse religion. Moreover, FFRF noted that a school’s use of a church for functions is problematic because it sends a message of approval of the church to impressionable students.

Jayne pointed out that the 7th U.S. Circuit Court of Appeals — which has jurisdiction over Illinois — struck down another school district’s use of a church for school functions.

“Whereas the school district in Elmbrook held an entirely secular ceremony in a church, the appearance of religious endorsement is even stronger here because the madrigal choirs are singing religious music that coincides with worship services,” wrote Jayne.

Other federal courts around the country have also struck down similar practices.

Ultimately, the practice wrongly forces parents and children, who may be of varying faiths or none at all, to enter a Christian house of worship in order to attend a school event with all their classmates. In order to protect the rights of conscience of all district students, FFRF requested that district madrigal choirs select secular facilities for all future events.

FFRF is tipping its hat to the district for agreeing to stay within the bounds of our secular Constitution from now on.

“Religion is inherently divisive and the district made the right decision to end its church performances to become more inclusive of students of varying beliefs in its choir program,” says FFRF Co-President Annie Laurie Gaylor.

FFRF is a national nonprofit organization with 32,000 members and several chapters across the country, including more than 1,000 members in Illinois and a state chapter, FFRF Metropolitan Chicago Chapter. FFRF’s purposes are to protect the constitutional principle of separation between state and church, and to educate the public on matters relating to nontheism.