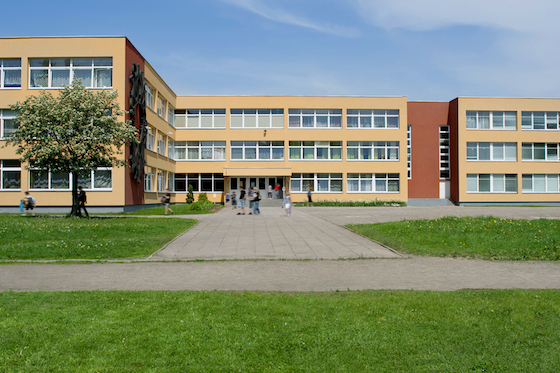 The Freedom From Religion Foundation is once again requesting assurance from a Wisconsin school district that it will not allow a proselytizing substitute to teach students.

FFRF wrote to Milwaukee Public Schools (MPS) this February after a local resident reported that a preacher, Jason Storms, had bragged about proselytizing students while working as a substitute teacher at a district school. FFRF requested that the district investigate these concerns and

The Freedom From Religion Foundation is once again requesting assurance from a Wisconsin school district that it will not allow a proselytizing substitute to teach students.

FFRF wrote to Milwaukee Public Schools (MPS) this February after a local resident reported that a preacher, Jason Storms, had bragged about proselytizing students while working as a substitute teacher at a district school. FFRF requested that the district investigate these concerns and provide assurances that Storms will not teach Milwaukee Public Schools students in the future.

This spring, FFRF received a phone call and email from MPS Director of Communications & Outreach Denise Callaway denying that Storms had ever taught at any district school, claiming that FFRF’s letter contained “false information.” Callaway demanded that FFRF apologize to Milwaukee Public Schools for issuing a press release on the matter. Callaway also conveyed the district’s refusal to contact Storms, who boasted that he preached to students “for hours, while the state paid me” at a district school.

“Even if Mr. Storms had been lying, it would have been appropriate for the district to ask him to stop claiming that he was an MPS substitute and used his position at MPS to promote religion,” writes FFRF Staff Attorney Ryan Jayne to MPS Interim Superintendent Keith Posley.

Additionally, Callaway posted a comment on a popular blog that covered the allegations regarding Storms, in which she denied that Storms ever worked for the district and claimed that “the Freedom From Religion did not check facts before issuing a news release that contains false and incorrect information.”

Storms directly responded to the comment, insisting that he was telling the truth and that he “taught at two public charter schools in Milwaukee.” Specifically, Storms stated that he had worked at Assata High School.

FFRF then submitted a records request to determine whether Storms’ claim was accurate. FFRF received the records in June, which confirmed that Storms did, in fact, work as a substitute at Assata High School on two days this past February. The records also reveal that Callaway was aware that Storms had claimed he taught at Assata according to a March 2 email Callaway sent.

Additionally, FFRF received records indicating that at least four district community members or local residents contacted the district with similar concerns about Storms, including one as early as February 19 — a week prior to FFRF’s letter.

Given that records show Storms’ claim was credible, FFRF is again requesting assurances that Storms will not be hired to teach at Milwaukee Public Schools in the future. FFRF is also asking that new substitute teachers at the district be clearly informed that they are not permitted to promote religion while acting in their official capacity as public school teachers. FFRF has also requested that the district issue a statement to correct the public record and remove Callaway’s blog post comment on the issue.

“Milwaukee Public Schools mishandled this situation. The district should have investigated and taken corrective action when it first received a complaint, so that it could have resolved the issue even before receiving FFRF’s letter,” says FFRF Co-President Annie Laurie Gaylor. “The district should admit its mistake and correct the record.”

The Freedom From Religion Foundation is a Wisconsin-based national nonprofit organization with 32,000 members across the country, including more than 1,300 in Wisconsin. FFRF’s purposes are to protect the constitutional principle of separation between state and church, and to educate the public on matters relating to nontheism.