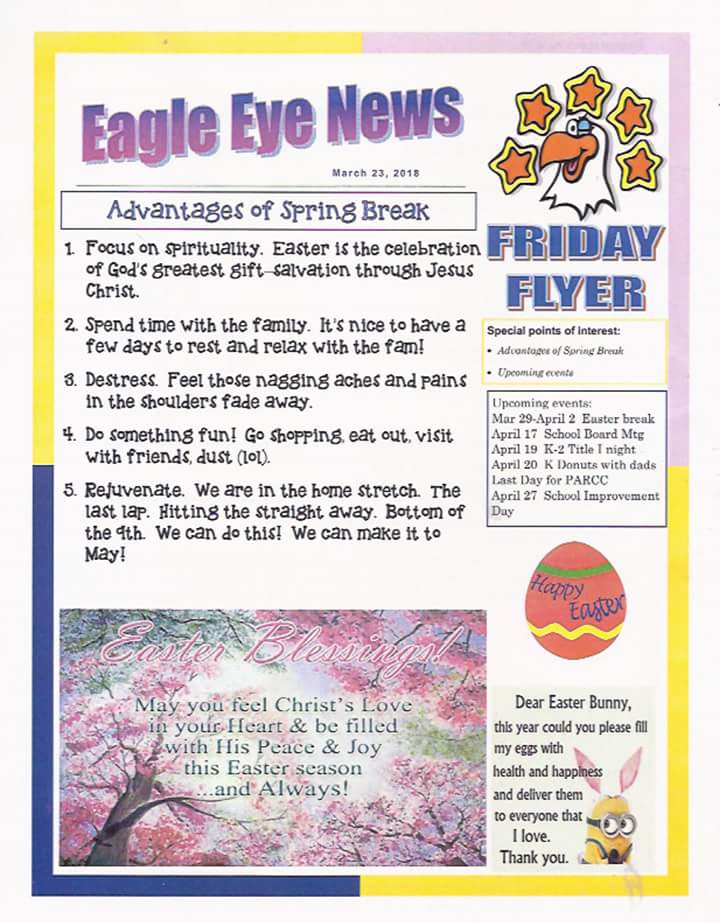 An Illinois elementary school has taken First Amendment lessons from the Freedom From Religion Foundation.

FFRF sent a letter to La Harpe Elementary School after it was reported that the school’s principal was using her position to promote her personal religion to teachers and students. Additionally, FFRF received information that Principal Lila McKeown was regularly distributing flyers to teachers at staff meetings, and that the flyers often included bible verses and otherwise promoted religion, including the following language:

FFRF also asked the school district to investigate outside adults — like the Gideons — who had been allowed onto school property to distribute bibles to students at the school’s doors.

FFRF asserted that the principal must not continue to promote Christianity at staff meetings, and that the bible distributions on school property must stop.

"As a government entity, La Harpe Elementary is constitutionally prohibited from promoting or endorsing religion," FFRF Staff Attorney Ryan Jayne wrote to La Harpe Community School District 347 Superintendent Ryan Olson. "When Principal McKeown regularly promotes Christianity to teachers, and distributes passages from the bible at official district-sponsored events, employees will conclude that their government employer is endorsing religion over nonreligion and Christianity over all other faiths."

The school district has responded to FFRF’s requests, writing that McKeown will no longer place bible verses in any staff communication or any other school district correspondence in the future. The district also stated that McKeown was not aware of the bible distribution. Thanks to FFRF’s information, the district informed FFRF that it sent a “cease and desist” letter to the individual responsible for the bible distribution, and that the school would call the police “should he or any affiliated persons come onto the School District campus for the purpose of distributing Bibles to students.” The district also stated that it has implemented a new policy instructing staff members to promptly notify administration if they observe bible distributions on school property.

FFRF is saluting the district for complying with its constitutional obligation to keep religion out of the sphere of public school education and for protecting the rights of conscience of young and impressionable students.

“Religion is inherently divisive and has no official place in a public school where staff and young students hold varied beliefs — and no belief at all,” says FFRF Co-President Annie Laurie Gaylor. “It’s commendable that the district has investigated and remedied these violations.”

The Freedom From Religion Foundation is a national nonprofit organization with more than 32,000 members and several chapters across the country, including over 1,000 in Illinois and a chapter. FFRF's purposes are to protect the constitutional principle of separation between state and church, and to educate the public on matters relating to nontheism.