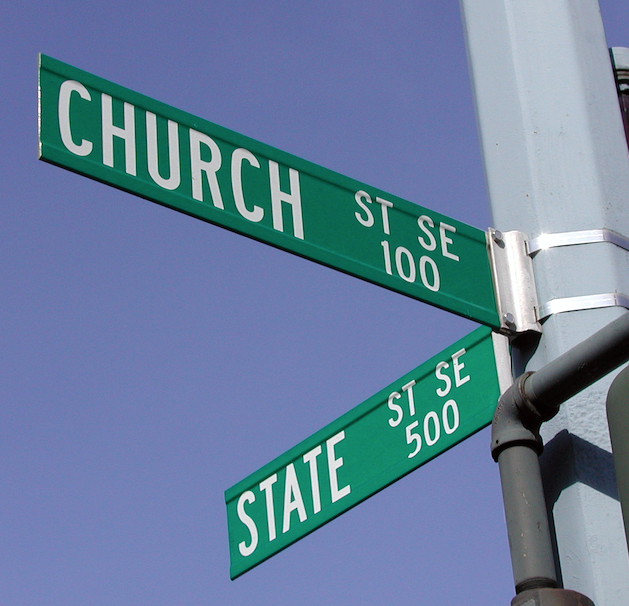 The Freedom From Religion Foundation is calling for the mayor and school district of a Mississippi town to officially refrain from sectarian religious behavior.

The Long Beach School District recently hosted its “22nd Annual Superintendent’s Academic Awards” ceremony for students at Long Beach High School. As part of that ceremony, the district allegedly scheduled a prayer to be delivered by Long Beach Mayor George Bass. Bass led the assembled group of parents, students and staff in a prayer addressed to “our Father” and concluding, “in Jesus Christ’s name, Amen.”

It is unlawful for a school district to schedule prayer at a school-sponsored event like the Superintendent’s Academic Awards ceremony, FFRF reminds the school district. To the mayor, FFRF writes that in any official appearance, a government official cannot promote his or her personal religious beliefs.

“The Supreme Court has continually struck down formal and school-sponsored prayer in public schools,” writes Associate Counsel Sam Grover. “The Supreme Court struck down school-sponsored prayer in public schools because it constitutes a government endorsement of religion, which violates the Establishment Clause of the First Amendment and interferes with the personal conscience of students.”

Courts have continually reaffirmed that the First Amendment’s religion clauses are meant to protect the religious freedom of all Americans, including minorities, FFRF emphasizes. It makes no difference how many people might want prayer or wouldn’t be excluded by prayer at school events, because “fundamental rights may not be submitted to vote; they depend on the outcome of no elections.” The district has a duty not to promote religion by scheduling religious remarks during its events. By including prayers at school-sponsored events, the district abridges that duty, alienating religious minorities and the 38 percent of young Americans who are not religious.

FFRF informs the mayor that he represents a diverse population consisting not only of Christians, but religious minorities who do not believe in the divinity of Jesus, as well as atheists and agnostics who do not believe in the power of prayer. His choice to deliver a Christian prayer at a school award ceremony, while acting in his official capacity, sends an official message of endorsement of religion over nonreligion, and Christianity over all other faiths, that excludes many Long Beach residents, including some of the students being awarded.

FFRF asks the mayor to remember that he is charged with great responsibility and has been given significant trust by his constituents, including those citizens who have elected to lead a life free from religion. Leaving religion as a private matter for private citizens is the wisest public policy (and is one of the foundational principles enshrined in our Bill of Rights), FFRF stresses.

“The mayor and school district in Long Beach are violating the rights of students who don’t follow the majority religion,” says FFRF Co-President Annie Laurie Gaylor. “Public schools exist to educate, not to indoctrinate, and they can’t engage in religious rituals.”

The Freedom From Religion Foundation is a national nonprofit organization with more than 33,000 members across the country, including in Mississippi. Its purposes are to protect the constitutional principle of separation between state and church, and to educate the public on matters relating to nontheism.

Photo via Shuttestock by Lori Howard