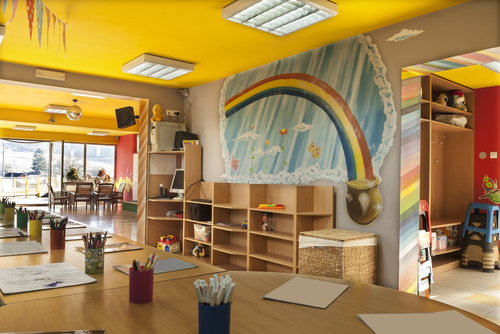 The Freedom From Religion Foundation is alarmed by a report that the Gideons have been allowed to distribute bibles within an Arkansas school district.

A concerned local parent reported to FFRF that earlier this month, Johnson County Westside Elementary School allowed the Gideons — a proselytizing evangelical group — into classrooms during the school day to distribute bibles to students. Schools are a prime target for the Gideons to spread their message “about Jesus through sharing personally and by providing bibles and New Testaments.”

FFRF has written to the Johnson County Westside School District warning it that federal courts have held the distribution of bibles to students at public schools to violate the First Amendment’s Establishment Clause.

“There is no justification for facilitating the distribution of bibles to students,” writes FFRF Legal Fellow Colin McNamara. “Allowing any religious distribution turns a public school into a religious battleground, fraught with solicitation and propaganda. It is inappropriate and illegal.”

FFRF reminds the district that public schools have a constitutional obligation to remain neutral toward religion and to protect the rights of conscience of young and impressionable students. By permitting a group of evangelists to distribute religious literature to its students, the school entangles itself with that religious message. And even if the students are not forced to accept these bibles, the school still sends a clear message to the children that it endorses a particular religious viewpoint. Bible distributions alienate the 30 percent of Americans, including nearly 50 percent of young Americans, who identify as non-Christian.

FFRF is warning the district that it may not allow Gideons International or any other religious groups to distribute bibles or religious materials to its students, and requests that teachers and administrators receive additional training to ensure that the constitutional rights of families are protected.

"Public schools should not be promoting religion by allowing space for bible distribution," says FFRF Co-President Annie Laurie Gaylor. "What happened at Johnson County Westside is illegal and coercive and sends a completely wrong message to parents, students and members of the community."

The Freedom From Religion Foundation is a national nonprofit organization with more than 33,000 members, including members in Arkansas. FFRF’s purposes are to protect the separation between state and church, and to educate the public on matters related to nontheism.