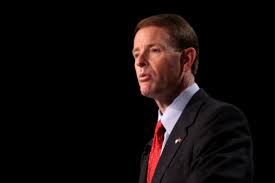 The Freedom From Religion Foundation is deeply disappointed that Senate Majority Leader Mitch McConnell has appointed Tony Perkins, a notorious anti-LGBTQ and anti-atheist hatemonger, to the U.S. Commission on International Religious Freedom.

Perkins is the head of the Family Research Council, which the Southern Poverty Law Center has rightly labeled a hate group. Perkins once referred to FFRF as “the Atheist Taliban,” a shocking slander that was picked apart by FFRF’s Director of Strategic Response, Andrew Seidel.

“It is ironic that someone who is so widely known for intolerance outside of his brand of American Christianity would be appointed to defend religious freedom internationally,” FFRF Co-President Dan Barker states.

“Perkins’ sweeping bigotry does not represent American values, which are rooted in a secular and godless Constitution,” adds FFRF co-founder and Co-President Annie Laurie Gaylor. “A secularist would be the best suited to defend religious freedom for the United States.”

FFRF is alarmed at the recent changes to the federal government’s commitment to religious freedom. We opposed the appointment of religious zealot Sam Brownback as Trump’s ambassador-at-large for religious freedom. We are watching with great concern the new White House Faith and Opportunity Initiative, created by a presidential executive order. And we are keeping an eye on the new “Conscience and Religious Freedom” unit in the Department of Health and Human Services, which we’ve also opposed.

This administration seems intent on weaponizing “religious freedom” by redefining that once-hallowed personal protection into a tool to impose on others. Perkins personifies this un-American shift to the dark ages. FFRF will not let it happen.