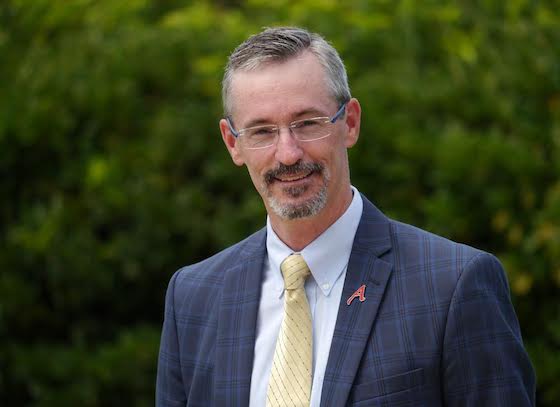 Three leading national organizations have confidently co-filed an appeal brief in a so-far successful legal campaign to get atheists officially welcomed in a Florida county.

In a huge victory for those fighting for state-church separation, the U.S. District Court for the Middle District of Florida last September struck down the Brevard County, Fla., Board of County Commissioners' exclusion of nontheists from giving opening invocations.

"The great promise of the Establishment Clause is that religion will not operate as an instrument of division in our nation," the court stated, quoting another recent decision. "Regrettably, religion has become such an instrument in Brevard County."

"The district court correctly held that Brevard County's discriminatory policy for selecting invocation-speakers violates the U.S. and Florida Constitutions in numerous ways," it states. It then goes on to enumerate these ways.

"This court should affirm the district court's grant of summary judgment to plaintiffs on the issue of discrimination in the selection of invocation-speakers," the brief concludes.

The plaintiffs in the case include the Central Florida Freethought Community (a chapter of Freedom From Religion Foundation) and its chair David Williamson (pictured); the Space Coast Freethought Association and its president Chase Hansel; the Humanist Community of the Space Coast and its president Keith Becher; and Brevard County resident Ronald Gordon.

The civil rights groups that initiated the legal proceedings urge the appellate court to rule the right way.

"Courts have historically recognized that the government may not turn believers into insiders, and nonbelievers into outsiders," says FFRF Co-President Annie Laurie Gaylor. "Governmental bodies opening their meetings with invocations can't exclude dissenting points of view."

The other organizations involved in the litigation agree.

"No one should be excluded from civic affairs because they do not believe in God," said AU's Luchenitser. "Prohibiting nonbelievers from solemnizing governmental meetings is religious discrimination, plain and simple."

"The county has imposed a religious litmus test on civic participation, shirking its constitutional duty to treat all local residents fairly and equally," noted Daniel Mach, Director of the ACLU Program on Freedom of Religion and Belief.

The lawsuit is being litigated by Rebecca S. Markert and Andrew L. Seidel of the Freedom From Religion Foundation; Luchenitser, Tanner and Richard B. Katskee of Americans United; Nancy Abudu and Daniel Tilley of the ACLU of Florida; and Daniel Mach of the ACLU Program on Freedom of Religion and Belief.

The Freedom From Religion Foundation is a Madison, Wis.-based national organization dedicated to the separation of state and church, with more than 33,000 nonreligious members and chapters all around the country, including 1,500-plus members and a chapter in Florida.

Americans United is a religious liberty watchdog group based in Washington, D.C. Founded in 1947, the organization educates Americans about the importance of church-state separation in safeguarding religious freedom.