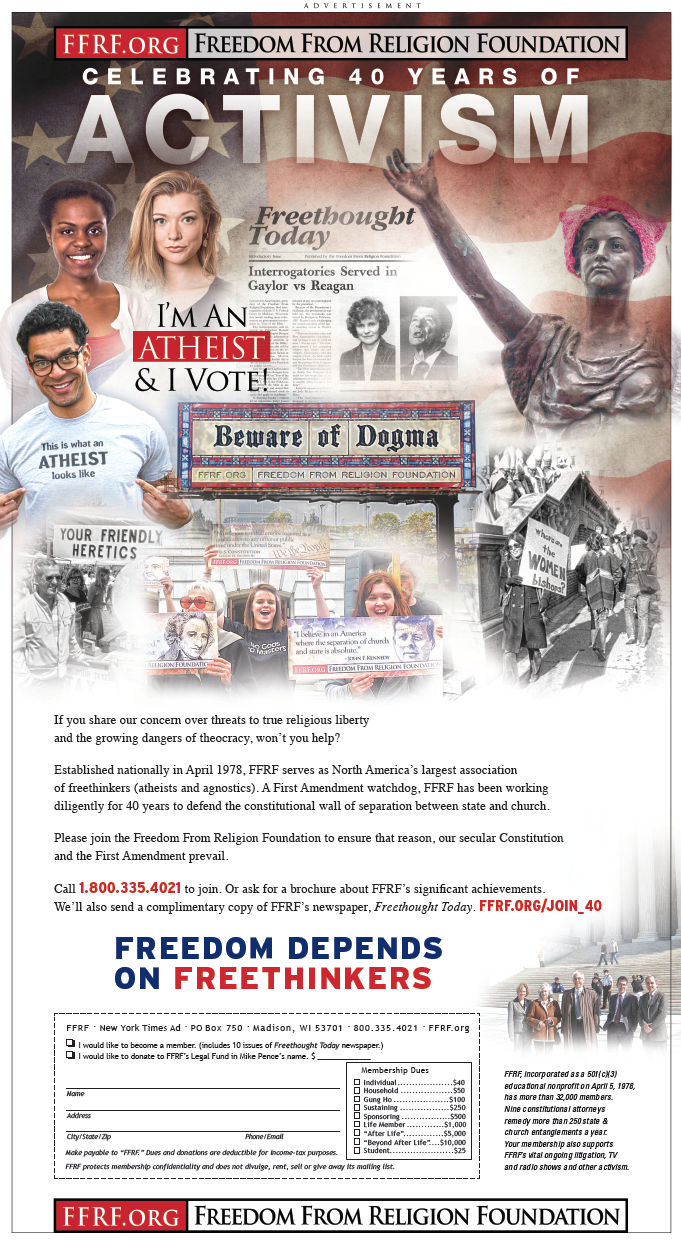 The Freedom From Religion Foundation is celebrating the 40th anniversary of its official founding today, April 5, with a full-page ad in The New York Times commemorating “40 years of activism.”

Counseling that “Freedom depends on Freethinkers,” the ad asks: “If you share our concern over threats to true religious liberty and the growing dangers of theocracy, won’t you help?”

FFRF co-founder Annie Laurie Gaylor says that this is an opportune time to reflect on how far the state/church watchdog has come — and how much still has to be done.

“As we look back on FFRF’s accomplishments, we can’t rest on our laurels. With Washington currently in thrall to the Religious Right, it’s never been more imperative for freethinkers — atheists, agnostics and other nonbelievers — to be heard,” states Gaylor, who serves, with Dan Barker, as co-president. “We must demand that our public officials honor the dictates of our secular Constitution, by getting religion out of government.”

Other special FFRF commemorations to mark the occasion include an eight-page 40th year retrospective in the April issue of FFRF’s newspaper, Freethought Today, edited by PJ Slinger. The retrospective includes a timeline tracing FFRF’s early activism as a regional group in 1976 through its national founding on April 5, 1978, and its subsequent four decades.

Since FFRF’s inception, it has grown from three original members to more than 33,000 and from an all-volunteer group to 25 full-time staff — including nine constitutional attorneys. FFRF has brought more than 70 lawsuits — two-thirds victorious — ended thousands of state/church entanglements through education and persuasion, bestowed hundreds of scholarships to freethinking student essayists or activists, launched more than 1,000 educational billboards and bus signs, published books and music and produced weekly radio and TV shows. 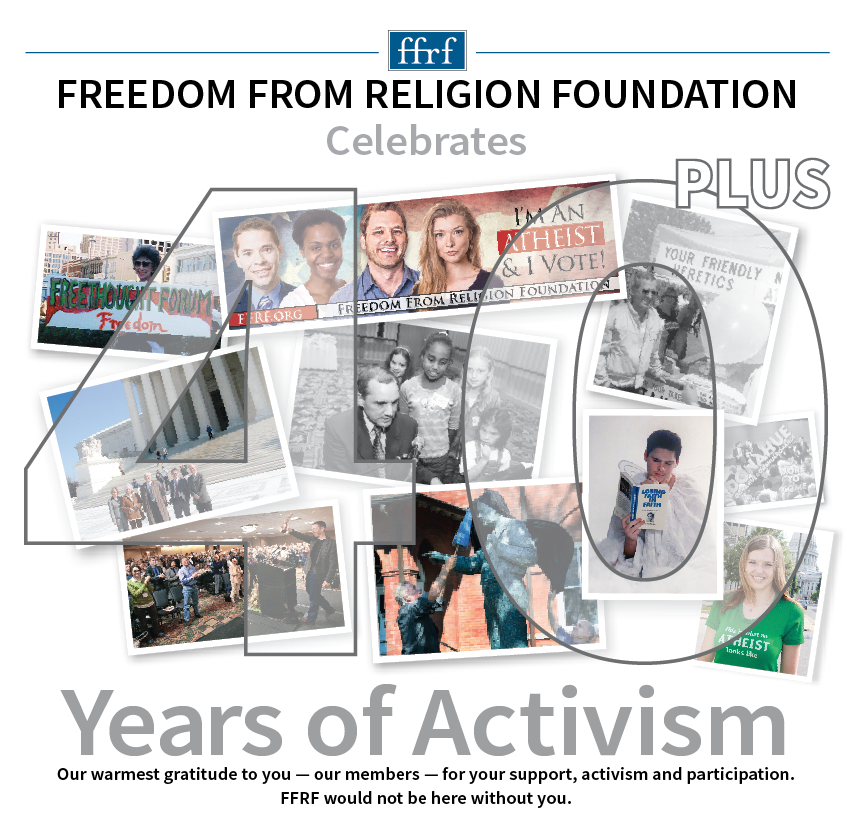 “We are so grateful to all of FFRF’s members, activists and supporters over the years for their help and participation,” adds Barker.