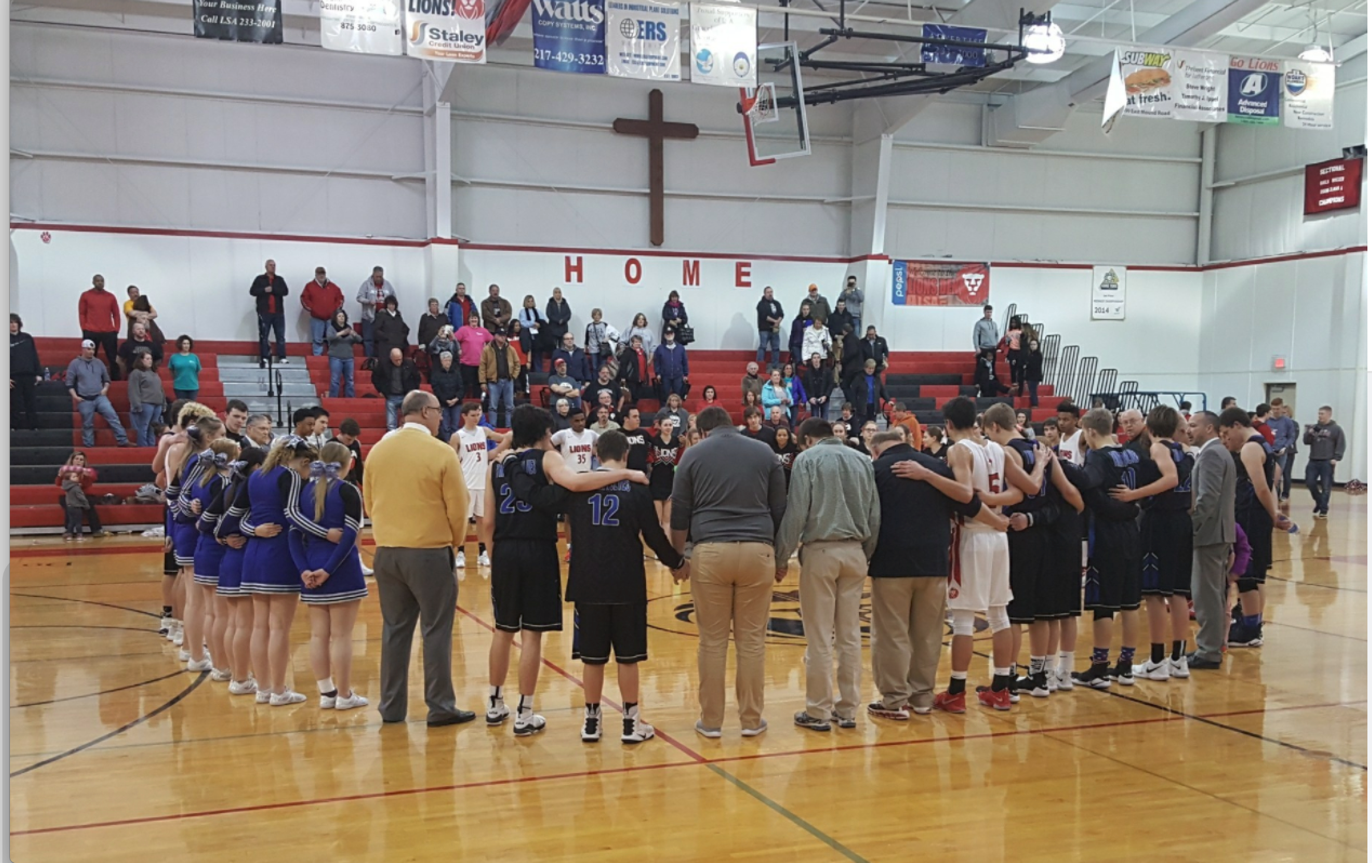 The Freedom From Religion Foundation has broken a prayer circle at an Illinois public high school.

Coaches of the Okaw Valley High School basketball team were participating in prayers with their students. The accompanying image, taken after a February Okaw Valley High basketball game at a private Christian school, shows students in a prayer circle along with what appear to be at least seven coaches.

It is illegal for public school athletic coaches to lead their teams in prayer, participate in student prayers, or to otherwise promote religion to students, FFRF informed Okaw Valley CUSD 302 officials.

In Borden, the 3rd U.S. Circuit Court of Appeals held that a high school football coach's involvement in prayer by "taking a knee" and "bowing his head" during prayers, even when student-led, "would lead a reasonable observer to conclude he was endorsing religion." The court continued, citing a previous judgment, that "'if while acting in their official capacities, [school district] employees join hands in a prayer circle or otherwise manifest approval and solidarity with the student religious exercises, they cross the line between respect for religion and the endorsement of religion.'"

FFRF asked the school district to commence an immediate investigation and take appropriate action to ensure that in the future Okaw Valley High School coaches wouldn't pray with students during district athletic events.

"We have shared your concern with the athletic director," Stauder wrote back. "We reinforced that this type of activity could be viewed as an endorsement of religion in violation of the United States Constitution. The athletic director was further directed to share this information with the coaching staff. We appreciate your concern and believe this matter is resolved."

FFRF is appreciative that the school district acted on the constitutional violation after the state/church watchdog alerted officials.

"Coaches should be made to realize that they can't misuse their positions of authority to promote a sectarian religious agenda," says FFRF Co-President Dan Barker. "Practices like participating in prayer circles clearly flout legal principles, and we're pleased we finally made the school district put a stop to this."

The Freedom From Religion Foundation is a national nonprofit organization with more than 32,000 members and 20 chapters across the country, including 1,000-plus members and a chapter in Illinois. FFRF's purposes are to protect the constitutional principle of separation between state and church, and to educate the public on matters relating to nontheism.