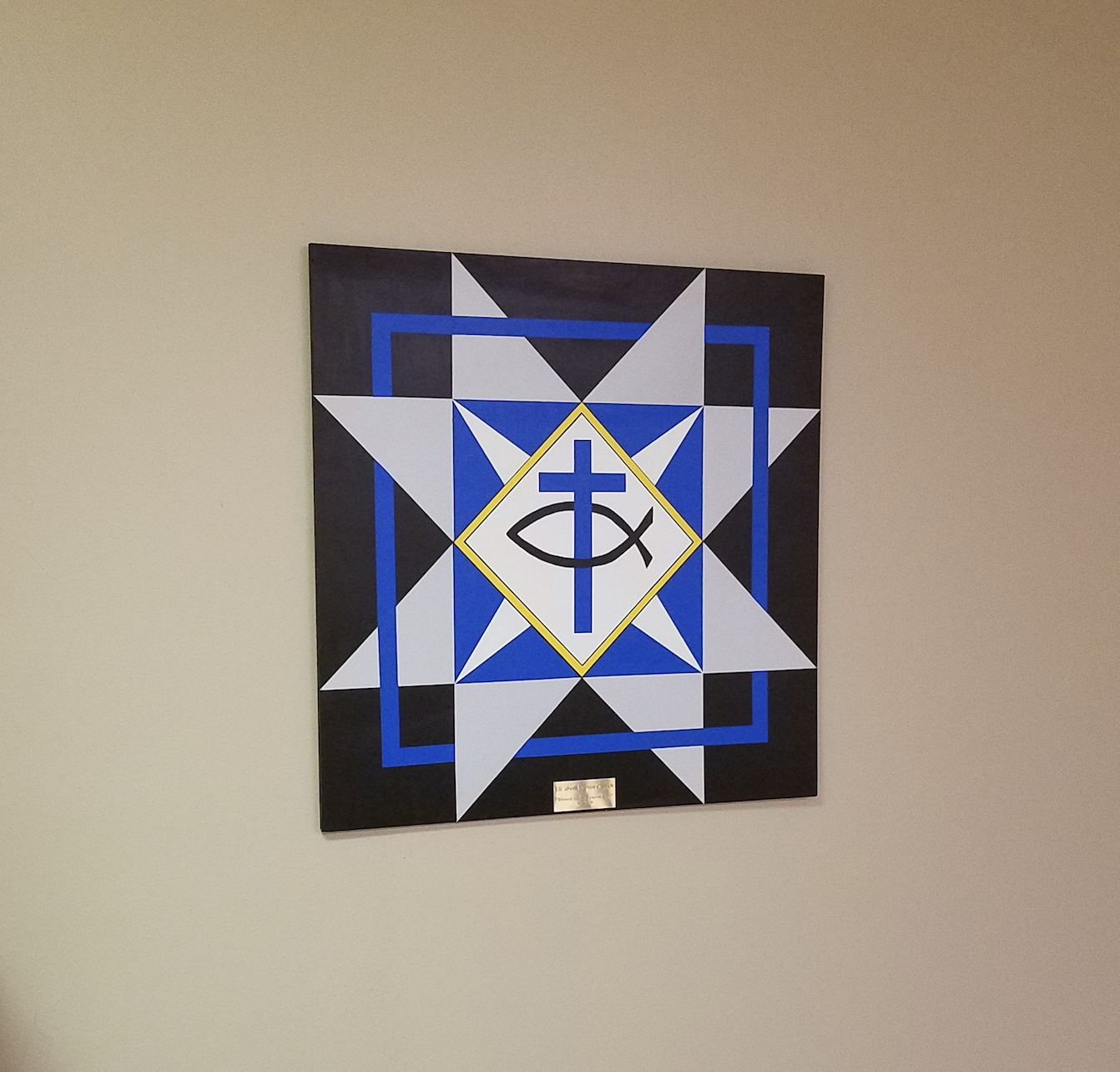 The Freedom From Religion Foundation has gotten a brazenly religious work of art removed from a North Carolina courthouse.

A Cleveland County resident informed FFRF that a large painting had been installed in the main corridor of the Cleveland County Courthouse depicting a Latin cross and an ichthys, also known as the Jesus fish. The Elizabeth Baptist Church donated the piece.

"The Supreme Court has long recognized that the First Amendment 'mandates governmental neutrality between religion and religion, and between religion and nonreligion,'" FFRF Legal Fellow Chris Line wrote to Cleveland County last November. "Displaying paintings that promote Christianity fails to respect either constitutional mandate of neutrality. A majority of federal courts have held displays of Latin crosses on public property to be an unconstitutional endorsement of religion."

Plus, this painting conveyed a message to the nearly 30 percent of Americans who are not Christian, including the 23 percent of Americans who are not religious, that they're not "favored members of the political community," to quote the U.S. Supreme Court. The cross' exclusionary effect made non-Christian and nonbelieving residents of Cleveland County political outsiders, FFRF asserted.

FFRF requested the county to immediately take down the painting from the Cleveland County Courthouse. County officials have acceded to the request.

"The large painting in the main corridor of the Cleveland County Courthouse that depicts a Latin Cross and Fish has been removed from the location inside the courthouse," the county recently replied.

FFRF is appreciative of the move.

"It's wonderful that once we enlightened Cleveland County officials, they took out such an obviously Christian artwork from a judicial building that serves a secular purpose — and the needs of a religiously diverse population," says FFRF Co-President Annie Laurie Gaylor.

FFRF is a national nonprofit organization with more than 32,000 members and 20 chapters all over the country, including almost 700 members and a chapter in North Carolina. Its purposes are to protect the constitutional principle of separation between state and church, and to educate the public on matters relating to nontheism.