FFRF alarmed by TX sheriff office’s use of bible quotation 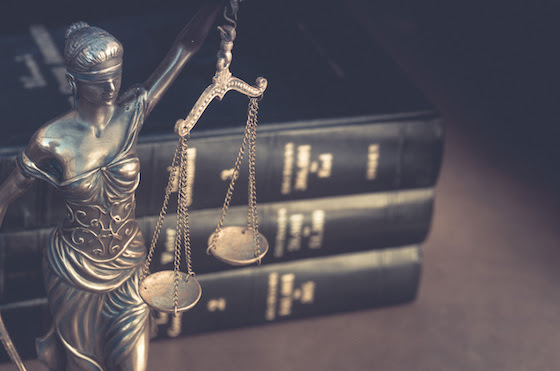 The Freedom From Religion Foundation is objecting to the use of a bible verse in an official Texas sheriff department memo.

FFRF was contacted by a concerned local resident regarding a memo Denton County Sheriff Tracy Murphree sent to sheriff’s officers on his “policy on responding to an active shooter.” While the message was important, the memo was signed with a verse from the Christian bible reading:

Romans 13:4
For he is God's servant for your good. But if you do wrong, be afraid,
For he does not bear the sword in vain. For he is the servant of God,
An avenger who carries out God's wrath on the wrongdoer.

The memo was also posted by the sheriff on Facebook. In a letter addressed to Murphree, FFRF informs the department that citing from a holy text of a specific religion violates the Constitution, and that Murphree’s chosen verse is a gross misrepresentation of the role of American law enforcement.

The Establishment Clause of the First Amendment prohibits government sponsorship of religious messages. By quoting the bible to officers, Murphree sends the message that his office and Denton County prefer Christianity over all other faiths and religion over nonreligion. FFRF notes that conveying support for a religious message while acting as a state official is divisive and particularly inappropriate, given that nearly a quarter of Americans are religiously unaffiliated and almost 30 percent are non-Christians.

Furthermore, FFRF emphasizes that the bible chapter quoted in the sheriff’s memo, Romans 13, distorts the role of American law enforcement and contradicts the U.S. Constitution that the sheriff took an oath to uphold. The Constitution declares that governments are instituted by the people, not a god. Romans 13:1 says precisely the opposite, “the powers that be are ordained of God,” while Romans 13:4 refers to “avengers” who “carry out God’s wrath.”

FFRF points out that the quote communicates the exact opposite of what a sheriff’s duty is.

“Romans 13:4 is an awful representation of the solemn duty a sheriff and his deputies are tasked with carrying out,” says FFRF Co-President Annie Laurie Gaylor. “Law enforcers do not bear a ‘sword’ to avenge or destroy, but to protect citizens.”

FFRF is requesting that the Romans 13:4 references be removed from the department's memos and anywhere else it may appear, and that the memo be taken off social media.

The Freedom From Religion Foundation is a national nonprofit organization with over 32,000 members across the country, including more than 1,300 members in Texas. FFRF’s purposes are to protect the constitutional principle of separation between state and church, and to educate the public on matters relating to nontheism.