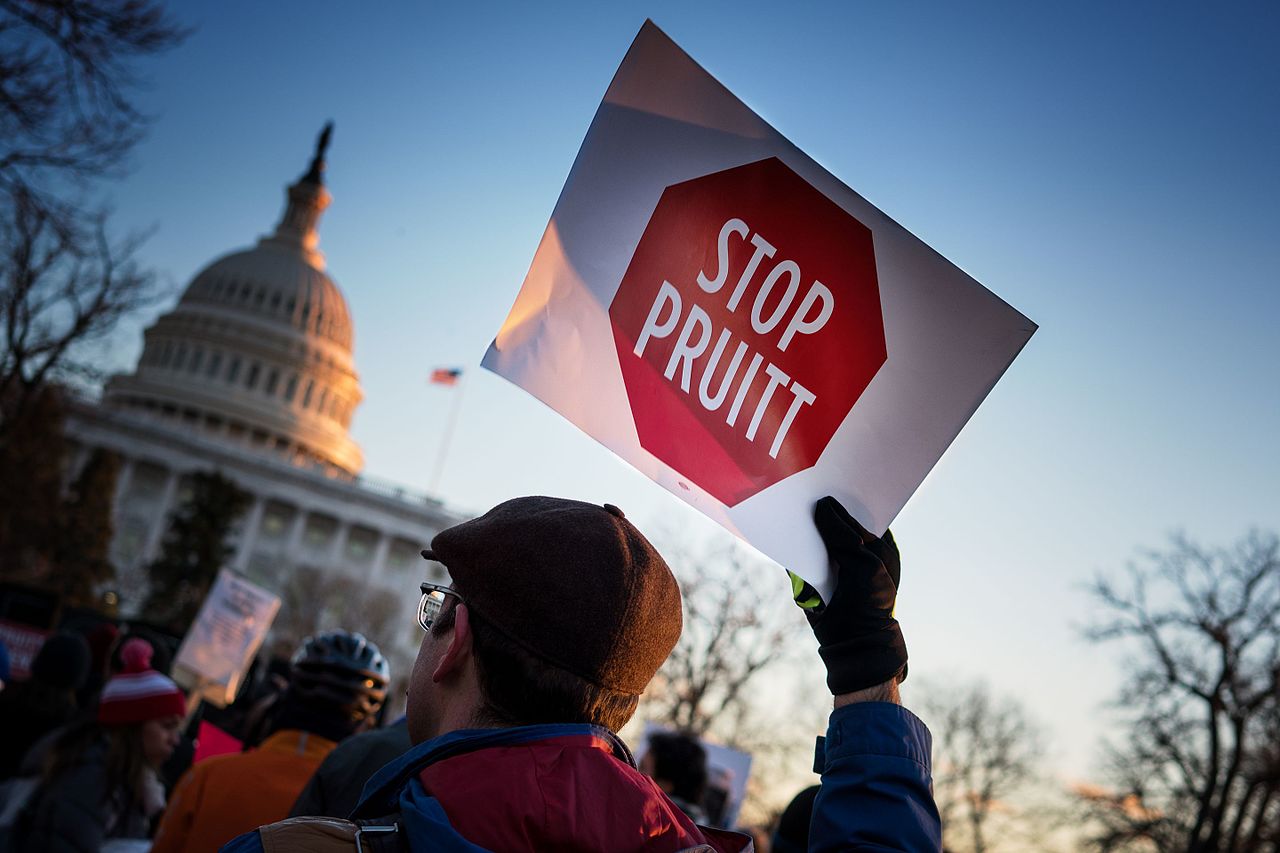 The Freedom From Religion Foundation is condemning EPA Administrator Scott Pruitt's use of the bible to set this country's environmental policy.

In a recent interview with the Christian Broadcasting Network, which has unprecedented access in this administration, Pruitt put forth his theocratic perspective. He explained: "The biblical worldview with respect to these issues is that we have a responsibility to manage and cultivate, harvest the natural resources that we've been blessed with to truly bless our fellow mankind." The article refers to Pruitt as "the kind of guy you might meet in bible study," and that he "believes God commands us to take care of the environment and that also means to use what He has provided."

This is not the first time Pruitt's bible has infected his policymaking. Last October, Pruitt invoked the Book of Joshua to limit the participation of scientists on EPA advisory boards while opening the door for industry lobbyists to serve on those same boards. As FFRF pointed out, that book centers on several genocides committed by the character Pruitt reveres.

The authors of the bible did not understand basic scientific principles, let alone the causes of phenomena like disease or solar eclipses or even how the coal Pruitt wants to burn is formed. The EPA is charged with protecting human health and the environment. The bible is not an acceptable guidebook for EPA policy. The bible promotes the superstition that illness is caused by demons that must be exorcised. For instance, Jesus drives demons out of a pair of gentlemen and into a herd of pigs (which seems unnecessarily harsh).

And the bible does not offer answers to complex modern questions such as climate change or air pollution or mountaintop removal mining. For those answers, we must rely on science, reason and data.

Scott Pruitt has always been a theocrat and has abandoned the duties of his office to cling to an ancient and misguided book. He's unfit for public office — as proven by his reliance on a specious theocratic tome.

Photo by Lorie Shaull via Wikipedia under CC BY-SA 2.0