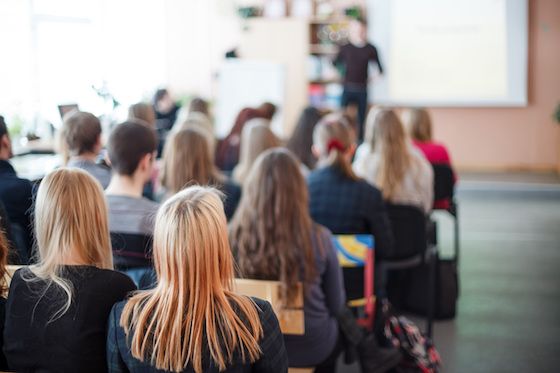 The Freedom From Religion Foundation (FFRF) is warning an Alabama high school about an outrageous constitutional violation.

An LGBT student at Alexandria High School in Anniston, Ala., was reportedly suspended after asking her girlfriend to prom during a school talent show. The next day, on Feb. 1, Principal Mack Holley allegedly admonished the couple over the school’s public announcement system, stating, “this is a Christian school” with “Christian values.” He went on to apologize to anyone who had been offended by the “promposal,” and asked for the school community to pray for him “during these trying times.”

FFRF has sent a letter to Calhoun County School District Superintendent Joe Dyar to ensure that Holley is restricted from abusing his position at the high school to promote his personal religion to students. Alexandria High School is not a Christian school, FFRF notes. It is a government-run public school. And it is well settled that public schools may not advance or promote religion.

“Principal Holley’s conduct sends a message of religious preference that is itself unconstitutional,” writes FFRF Legal Fellow Chris Line. “When a district allows one of its administrators to promote religion over nonreligion, and in this case Christianity over all other faiths, to impressionable students, it alienates those non-Christian students whose religious beliefs are inconsistent with the message being promoted.”

FFRF is insisting that Calhoun County School District take immediate action to protect its students’ rights of conscience by making sure that its schools refrain from promoting religion in any way.

“This is a deeply concerning use of religious promotion on behalf of the school district to publicly ostracize a student,” says FFRF Co-President Annie Laurie Gaylor. “Religion is divisive and has no place in public schools.”

FFRF recently received a response from Dyar to a letter sent in August 2017 regarding prayer walks occurring at multiple schools in the district, which were being promoted on official school social media accounts. Dyar has assured FFRF that the violation has been addressed and that the schools have been informed that prayer walks or similar events cannot be endorsed or advertised by district schools.

The Freedom From Religion Foundation is is a nationwide nonprofit organization with more than 32,000 members across the country, including hundreds in Alabama. Its purposes are to protect the constitutional principle of separation between state and church and to educate the public on matters relating to nontheism.