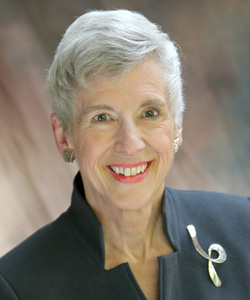 A federal judge who recently ruled in favor of the Freedom From Religion Foundation's challenge of the clergy housing privilege yesterday officially halted its enforcement by the IRS.

"This is a decision ultimately affecting all clergy and retired clergy nationwide who've received this unconstitutional tax privilege," notes FFRF Co-President Dan Barker, one of the plaintiffs.

In the same order, U.S. District Judge Barbara B Crabb then immediately stayed her injunction pending an expected appeal. If Crabb's decision is upheld, her order mandates that her injunction will become effective 180 days after the appeal process is completed in order to allow an orderly transition.

Crabb had on Oct. 6 declared unconstitutional 26 U.S.C. § 107(2), a provision in the tax code that excludes from gross income a housing allowance paid to a "minister of the gospel." But she held off on final action until FFRF, the federal government and religious intervenors had a chance to weigh in on the remedy.

One option included an injunction requiring the IRS to extend the benefits to the plaintiffs, including Barker and FFRF Co-President Annie Laurie Gaylor, who were designated a housing allowance by FFRF they were not allowed to claim. Another option was to nullify the entire statute, which both FFRF and the federal government endorsed — and that is the option Crabb ultimately chose. Barker and Gaylor, who as atheistic heads of a nonreligious group are similarly situated to members of clergy, charged that the statute is discriminatory and violates the Establishment Clause of the First Amendment barring governmental preference for religion.

The housing allowance was passed in 1954 to reward "ministers of the gospel" for carrying on "a courageous fight against [a godless and anti-religious world movement]." The statute allows housing allowances paid as part of clergy salary to be subtracted outright from taxable income. Clergy may exempt up to the fair market rental value of their home. The housing allowance may pay not just rent or mortgage, but also for such things as home improvements, maintenance, repairs, dishwashers, cable TV, phone fees and bank fees.

The congressional Joint Committee on Taxation has reported that the exemption amounts to $700 million a year in lost revenue. Religion News Service calculated that the allowance increases the take-home pay of some pastors by up to 10 percent. Christianity Today found that 84 percent of senior pastors receive a housing allowance of $20,000 to $38,000 in added (but not reported) compensation to their base salary. A growing subset of highly paid ministers who live in multimillion dollar mansions are able to exclude hundreds of thousands of dollars from income taxation.

In 2013, Judge Crabb first ruled in FFRF's favor in its original challenge. Crabb's original finding sent "shockwaves through the religious community," according to the Evangelical Council for Financial Accountability, which bitterly fought the ruling, along with just about every religious denomination in the country. In November 2014, the 7th U.S. Circuit Court of Appeals threw out that victory — not on the merits, but on the question of standing — arguing that Barker and Gaylor hadn't yet sought a refund of their housing allowance from the IRS. Accordingly, they sought the refund and when denied, went back to court.

FFRF and its co-presidents are determined to continue fighting for fair taxation laws.

Sued are Steve Mnuchin, U.S. secretary of the treasury, and John Koskinen, IRS commissioner. The case also had religious intervenors as defendants.

A third plaintiff is Ian Gaylor, representing the estate of President Emerita Anne Nicol Gaylor, whose retirement was paid in part as a housing allowance she was not allowed to claim.