FFRF explains the true reason for the season 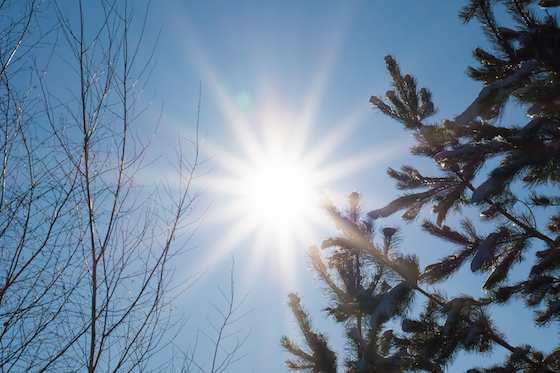 In her Monday, Dec. 11, press briefing, Sarah Huckabee Sanders stood before the White House podium and seal and began highlighting the work of a West Virginia church to preach “what the Christmas spirit and the American spirit are all about.”

“There will be so many acts of generosity and kindness that go unnoticed this Christmas season. And that’s okay. [That] church wasn’t looking for credit and neither are so many others. But these stories are important because they remind us what the season is all about and that’s the greatest gift of all: that a savior was born.”

“I think Ms. Sanders might need a science lesson,” jokes FFRF Co-President Dan Barker. “We all know that the real reason for the season is the axial tilt of the planet.”

Barker, a former evangelical minister who now helps lead the largest freethought organization in the country, also explained that Jesus is not the reason for the season, according to the bible itself.

“The bible says Jesus was born in Palestine when the shepherds were in the fields with their flocks, which is not winter, and certainly not December,” notes Barker. “So according to the New Testament, he’s not the reason for the season.”

Ignoring axial tilt — which causes the alternation between the longest and shortest days of sunlight — Christians created a religious “reason for the season.” They wanted to convert the heathens who worshipped Sol Invictus, the unconquered sun, at the time of the Winter Solstice. So they assigned the birth of their savior to a time when the heathens were already celebrating to sell them on Christianity. Jesus’ invented December birthday was simply a tool for proselytizing.

Sanders went on to express the White House’s wish that the nation take time to enjoy the Christmas season. “Or however you may celebrate,” she added as an afterthought, a sop to inclusiveness neither she nor this White House seem committed to. After all, it is President Trump who has repeatedly promised: “We’re gonna be saying Merry Christmas.”

“Sanders should be ashamed to stand in front of a podium that belongs to We the People — all the people — and parrot the religious myth of a shrinking portion of Americans,” says FFRF Co-President Annie Laurie Gaylor.

About 24 percent of the American population is nonreligious, and fully one-third are not Christian according to the latest Public Religion Research Institute study. Nearly half of millennials are not Christian.

For all of Trump’s bluster about mandating “Merry Christmas,” he can’t even control his own household. Just this morning, his advisor and daughter Ivanka tweeted, “Happy Holidays!” Of course, Ivanka converted to Judaism and saying “Merry Christmas” excludes non-Christians, which is why many corporations avoid the phrase.

The phrase “Merry Christmas” does not go back to the founding of our country. It was first used in the mid-1800s, long after our original motto, E Pluribus Unum (“From many come one”), was composed.

“Today, when we are much more ‘pluribus’ than before,” Barker points out, “saying ‘Merry Christmas’ to an increasingly diverse country is nothing more than a contemptuous ‘Go to hell, non-Christians!’ A very uncharitable remark during a season of goodwill to all.”

And Huckabee Sanders could have spotlighted the charitable work of secular Americans as well as churches. For example, FFRF’s Nonbelief Relief has — among other things — given tens of thousands of dollars to disaster relief for hurricane victims in Texas, Florida and Puerto Rico. This country belongs to all of us, not just Christians.

The so-called “War on Christmas” is fake. The real war is being waged by evangelicals who are attacking our precious American principle of religious freedom by using the power of government to force their narrow views on the rest of us.

The Freedom From Religion Foundation is a national nonprofit based in Madison, Wis., with over 30,000 members across the country. It has been working since 1978 to keep religion and government separate and educate on matters of nontheism.