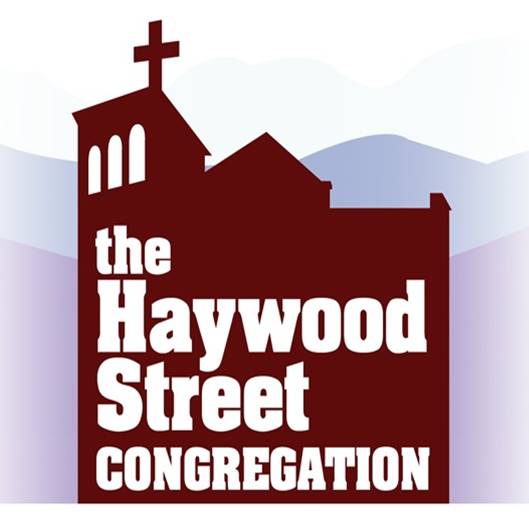 The Freedom From Religion Foundation is asking for the immediate termination of an unconstitutional taxpayer grant to a North Carolina church for decorating its interior with a sectarian religious scene.

Asked why, FFRF replies: Do we really need to draw you a picture?

The Buncombe County Tourism Development Authority recently awarded $72,500 to Haywood Street Congregation in Asheville, N.C., for, according to local media, "an innovative project, to artfully portray [the church's] mission and ministry through a large scale work of art in the medium of fresco." This project is proposed to decorate the church's sanctuary and would depict a specifically Christian religious scene of the "eight beatitudes" of Jesus delivered during the Sermon on the Mount in the New Testament [Matthew 5:3–12].

The church's pastor told the media that the project would directly promote the church's religious mission: "What it will do more than anything is theologize our deepest belief here, and that is that God blesses those who suffer the most." He also explained that the project would be "a timeless witness, both visually and spiritually, to the Gospel." The same article quoted Buncombe County Tourism Development Authority President & CEO Stephanie Pace Brown saying that the project "will help bring visitors to Asheville, and to the church, to truly build community with tourism."

It is unconstitutional for the Buncombe County Tourism Development Authority to fund a religious mural, FFRF contends. Even if it argues that the project will boost tourism in the county, this purported "secular goal" does not excuse the fact that the government is funding a religious project inside a house of worship.

"The Establishment Clause of the First Amendment prohibits the government from financially supporting churches," FFRF Staff Attorney Ryan Jayne writes to Pace Brown. "Buncombe County may not award grants to churches in order to decorate their sanctuaries with religious imagery."

As Pace Brown told the local media, Buncombe County's goal is to encourage people to enter this particular church's sanctuary in order to view religious artwork, which the church has described as "a timeless witness, both visually and spiritually, to the Gospel." This project plainly promotes the church's religious mission and any reasonable observer would understand the city's contribution of more than $72,000 as an endorsement of this church and the religious message portrayed in the project, FFRF maintains. The U.S. Constitution prohibits such endorsement regardless of whether the project attracts tourists into the church who, in turn, may generate revenue for the county.

"It is a foundational principle of our nation that citizens may not be forced to subsidize a place of worship," says FFRF Co-President Annie Laurie Gaylor. "We've rarely seen a more blatant state/church entanglement."

Gaylor notes that the county could do a lot of good for needy citizens with the $72,500.

FFRF insists that the Buncombe County Tourism Development Authority immediately rescind its grant to Haywood Street Congregation and give assurances that it will not fund religious projects in the future. FFRF is also making an open records request for contracts or other agreements between Buncombe County or its Tourism Development Authority and Haywood Street Congregation or any of its representatives, as well as all correspondence between these entities.

The Freedom From Religion Foundation is a national nonprofit organization with more than 30,000 members across the country, including 600-plus in North Carolina and members within Buncombe County. It also has chapters all over the United States, including one in North Carolina. FFRF's purposes are to protect the constitutional principle of separation between state and church, and to educate the public on matters relating to nontheism.