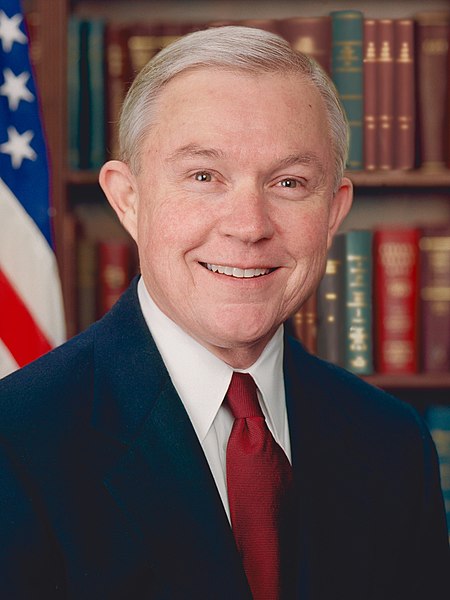 Sessions' "Memorandum on Religious Liberty" was released on Oct. 6.

"This is a brazen attempt to pervasively privilege religion over the rights and liberties of all Americans," the Freedom From Religion Foundation and several other like-minded organizations write in letters primarily drafted by the Secular Coalition

Sessions' "Memorandum on Religious Liberty" was released on Oct. 6.

"This is a brazen attempt to pervasively privilege religion over the rights and liberties of all Americans," the Freedom From Religion Foundation and several other like-minded organizations write in letters primarily drafted by the Secular Coalition of America. "In our estimation, the memorandum amounts to nothing less than the federal government granting a legal privilege to discriminate."

The Establishment Clause, the bedrock of American secular government, which for years has prohibited government funding of religion and mandated government neutrality on religious matters, has been relegated to a mere footnote by this memorandum, the groups assert. Religious organizations, individuals, and even for-profit corporations are to be granted special treatment unavailable to the nonreligious in the form of exemptions from laws and requirements other citizens must obey.

If fully implemented, the memorandum will result in the creation of a religiously based license to discriminate, the secular organizations contend. Religious individuals, organizations, and even for-profit corporations where the owners or management claim religious affiliation, will be permitted to claim exemptions from a whole swath of federal, state, and local regulations and laws. In addition, entities that discriminate on a religious basis will be entitled to taxpayer funding on an equal basis with groups that do not discriminate, and government will be powerless in funding decisions to prioritize inclusive groups that serve their whole community.

Furthermore, the memorandum expands the Religious Freedom Restoration Act (RFRA) in ways Congress never intended when it enacted the law in 1993. With this memorandum, Sessions seeks to extend RFRA's reach even beyond the actions protected by the Supreme Court in the Hobby Lobby v. Burwell case. The memorandum emphasizes that religiously motivated actions, not just religious beliefs, must be protected without regard for the impact of such actions on third parties. It further notes that to satisfy the least restrictive means test of RFRA, Congress may be required to expend taxpayer funds to replace an action that religious corporations have refused to undertake, essentially permitting for-profit corporations to transfer that responsibility onto the public purse.

In their letters, the secular organizations maintain that Sessions' Oct. 18 testimony to the Senate Judiciary Committee has only heightened their concerns. When asked if the guidelines would grant religious exemptions from the Affordable Care Act to employers who practiced faith healing or held religious objections to vaccination, the attorney general failed to answer the question. When asked if a federal employee could refuse to provide social security survivor benefits to a same-sex spouse, or if a federal contractor could refuse services to LGBTQ people in an emergency, Sessions claimed that he could not provide a verbal answer and admitted that he had not considered that possibility. "It is deeply disturbing that the attorney general is unaware of, or refuses to acknowledge, that this memorandum will open the door to as many forms of discrimination as there are religious beliefs," the letter says.

"This memorandum is tantamount to a declaration of war on the LGBTQ community, women, nontheists and religious minorities," the groups assert. "The secular community will stand opposed to this administration's continued attempt to pervert the words 'religious liberty' in an effort to circumvent the United States Constitution and promote the religious interests of a select few."

The organizations encourage members of the Judiciary Committees to question the Department of Justice, as well as the Trump administration, on the harms that will arise if this memorandum is implemented, and ask that they pay close attention to these continued efforts to thwart the freedoms afforded to all Americans by elevating sectarian beliefs above the law.

Among the more than a dozen groups signing the letters, in addition to the Freedom From Religion Foundation, are American Atheists, the American Humanist Association, the Center for Inquiry and the Secular Students Alliance.