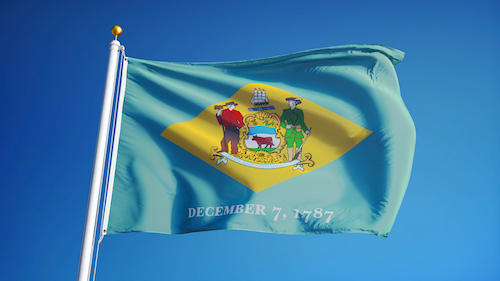 The Freedom From Religion Foundation is objecting to a suspicious arrangement between a Delaware city and a local religiously affiliated college.

The city of Dover has made an agreement to transfer the city's old library building for one buck to Wesley College. Wesley College is a Christian liberal arts school. The mission of Wesley College Spiritual Life includes “to offer the love and acceptance of Jesus Christ to all persons.”

According to local media, it equates to a gift from the city to Wesley College of at least $1 million and the transfer is "contingent on a commitment" by state legislators to give the city of Dover $1.05 million in discretionary funds.

FFRF wrote to the city informing it that the dubious bargain appears to violate both the U.S. and Delaware Constitutions. FFRF asserts that Dover may not transfer city property to a church or religious college for less than fair market value. And it is no defense that the state legislators have offered the city discretionary funds for approximately the value of the building because these funds are contingent on the city giving real estate to a religious college.

The First Amendment bars the government from financially supporting religious schools, and the city violates that enshrined principle of keeping state and church separate by giving valuable real estate to a religious entity for a token $1. Additionally, as FFRF points out in its letter, the Delaware Constitution prohibits funding religious entities, which is precisely what the city does by selling real estate to Wesley College for less than fair market value.

"Delaware's Constitution erects a high wall of separation between state and church, and government donations to religious entities violate both the letter and the spirit of this provision," writes FFRF Staff Attorney Ryan Jayne.

FFRF Co-President Annie Laurie Gaylor warns of such entanglements between government and religion.

"By making an arrangement forcing taxpayers of all faiths — and of no faith — to support a specific expression of worship, the city breaches the hallowed American principle of religious freedom," says Gaylor.

FFRF is requesting a written response with assurances that Dover will take immediate steps to terminate the unconstitutional deal. FFRF has also submitted a public records request for the agreements between the city and Wesley College.

The Freedom From Religion Foundation is a national nonprofit organization with more than 29,000 members across the country, including in Delaware. FFRF's purposes are to protect the constitutional principle of separation between church and state, and to educate the public on matters relating to nontheism.

Photo via Shutterstock by Railway FX