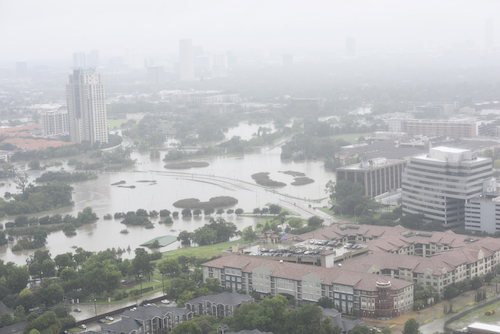 The Freedom From Religion Foundation's charity agency has sent money to assist with relief and rehabilitation in Houston.

Nonbelief Relief Inc., a humanitarian charity created by the executive board of the Freedom From Religion Foundation, has wired $10,000 to the Hurricane Harvey Relief Fund. That fund, on behalf of Houston's mayor, Sylvester Turner, is being administered by the Greater Houston Community Foundation.

"We hope this will go to immediate work, combined with many other similar donations, to help relieve some of the suffering and displacement the catastrophic flooding of Houston is wreaking," says Nonbelief Relief Director Annie Laurie Gaylor.

Nonbelief Relief is a humanitarian agency for atheists, agnostics, freethinkers and their supporters to improve this world. It seeks to remediate conditions of human suffering and injustice on a global scale, whether the result of natural disasters, human actions or adherence to religious dogma. The charity gives nonbelievers a chance to give as a group entity. It was incorporated in 2015, with the Freedom From Religion Foundation as its sole member.

The storm and flooding "could go down as the worst flood disaster in U.S. history," according to J. Marshall Shepherd, director of atmospheric sciences program at the University of Georgia. The storm, dubbed Harvey, has been called a once in a 1,000-year occurrence.

Global warming has been a big contributing factor. Observers point out that for the first time in history, the daily surface temperature of the Gulf of Mexico never dropped lower than 73 degrees Fahrenheit last winter. Warm ocean temperatures incubate bad storms and heavy rainfall.

"The severity of Harvey, in other words, is almost certainly related to climate change," as columnist David Leonhardt wrote in the New York Times. He notes that the message, beyond humanitarian help and better urban planning, is to also "combat climate change."

FFRF's 25-staff office in Madison, Wis., is locally collecting hygiene and cleaning products and donations to distribute to Boys and Girls Club of Dane County, as part of the club's national efforts to help.

"It goes without saying that everyone who can should do something to help people trapped in this unprecedented and heartbreaking disaster," says Gaylor.

Previously this summer, Nonbelief Relief contributed $5,000 as a stipend to a Bangladeshi atheist, a widower with a small child, who was in danger as an activist atheist in his home country, and who has now come to the United States to attend college. Nonbelief Relief also contributed $5,000 to an Iraqi woman in grave danger as an open critic of religion there, whom the State Department recently transported to the United States, along with her mother.

Nonbelief Relief's efforts in Houston are part of its endeavor to mitigate human suffering.

Photo by AMFPhotography via Shutterstock