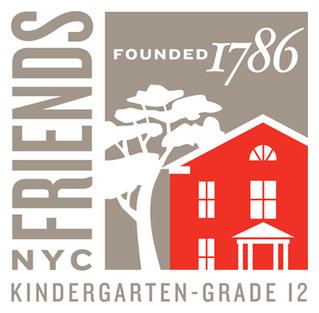 The Freedom From Religion Foundation is shining a spotlight on an apparent case of a taxpayer-subsidized religious organization in New York City.

A concerned New York taxpayer contacted FFRF to report that the New York Quarterly Meeting of the Religious Society of Friends, a New York religious nonprofit, received government funds to expand its secular private school, Friends Seminary. The organization had signed contracts for those funds promising not to use any proceeds from the funds to advance religion. But the New York Quarterly Meeting and the Friends Seminary split into two separate entities in 2015, and, according to documents received by FFRF, the religious organization is now charging the school $775,000/year in order to use the new expansion — money that FFRF understands is being used to further the church's religious mission.

FFRF is writing to the two entities that have made bond agreements with the New York Quarterly Meeting — the NYC Industrial Agency and the Phoenix Industrial Development Authority — and to the Charities Bureau of the New York State Attorney General's Office. It is requesting the first two entities enforce their contracts by requiring the New York Quarterly Meeting to stop using proceeds of the bond funds for religious purposes, and FFRF is asking the Attorney General Office to investigate.

As the NYC Industrial Agency and Phoenix Industrial Development Authority are both aware, providing discretionary funds to the New York Quarterly Meeting that are used to advance its religious mission would violate the Establishment Clause of the First Amendment, FFRF adds. Government officials have an affirmative obligation to ensure that government funds are not used to advance religion.

"An organization cannot arbitrarily violate the terms of agreement under which it received public subsidies," says FFRF Co-President Dan Barker. "Taxpayers of different creeds — and no creed — shouldn't be forced into subsidizing the religious activities of a sectarian church."

The Freedom From Religion Foundation is a national nonprofit organization with more than 29,000 members across the country, including 1,500-plus in New York. FFRF's purposes are to protect the constitutional principle of separation between state and church and to educate the public on matters relating to nontheism.