FFRF to testify before Wis. Assembly against anti-abortion bill 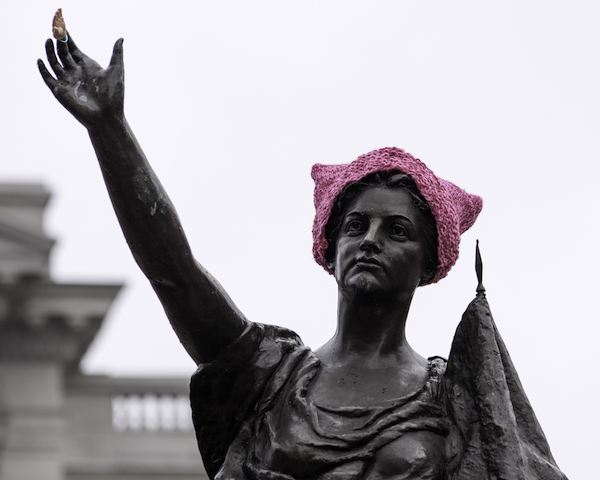 The Freedom From Religion Foundation is testifying at the Wisconsin Statehouse against an egregiously overreaching anti-abortion bill.

FFRF Staff Attorney Sam Grover is speaking 10 a.m. Tuesday, July 18 on Assembly Bill 206, before a hearing of the Assembly Committee on Science and Technology. The proposed legislation "prohibits an employee of the University of Wisconsin system or the University of Wisconsin Hospitals and Clinics Authority from, while in the scope of his or her employment, performing or assisting in the performance of an abortion; performing services at a private entity, other than a hospital, where abortions are performed; or training or receiving training in performing abortions, unless the training occurs at a hospital."

FFRF asserts that the bill is a blatant attempt to undercut constitutionally protected women's rights — and the state's premier institution of higher education.

"It proposes, without secular justification, to undermine the education of students at the UW School of Medicine and Public Health, jeopardize that school's accreditation, and potentially exacerbate the shortage of qualified obstetrics and gynecological providers in the state," Grover states. "This bill is little more than a religiously motivated attack on one of our state's most desperately needed secular institutions."

The religious motivation behind the proposed bill is evident, FFRF notes. The bill continues the Catholic Church's legacy through a two-pronged assault on science education and women. "Since the time of Copernicus, when the Catholic Church suppressed his heliocentric model of our solar system, religious institutions have had a long and fraught history of undermining science education that conflicts with church doctrine," the group declares. The religious patriarchy's attacks on the teaching of abortion — a safe and widely needed medical procedure — are particularly troubling, as the attacks not only impact our quest for knowledge, but also real women's bodily autonomy.

The Freedom From Religion Foundation is a Wisconsin-based national nonprofit organization with more than 29,000 nonreligious members across the country, including 1,200-plus in Wisconsin. Its purpose is to protect the constitutional principle of separation between state and church.