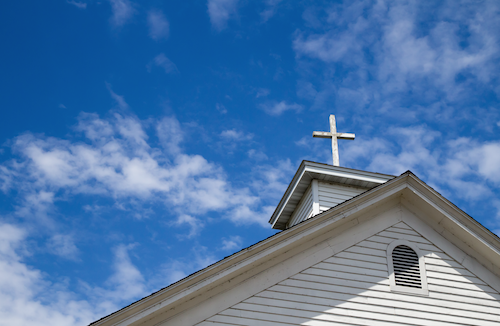 The Freedom From Religion Foundation is asking for an outsized cross to be taken down from a Georgia fire station.

A concerned local resident contacted FFRF to report that a large cross is on display at Catoosa County Fire Station 3 right off of U.S. Highway 41. The cross is clearly visible from the highway. Additionally, according to the complainant, the cross includes a Christian message about being saved.

"The religious significance of the Latin cross is unambiguous and indisputable," FFRF Managing Staff Attorney Rebecca Markert writes to Catoosa County Fire Chief Randy Camp. "An overwhelming majority of federal courts agree that the Latin cross universally represents the Christian religion, and only the Christian religion. And a majority of federal courts have held displays of Latin crosses on public property to be an unconstitutional endorsement of religion."

That's why it is blatantly unconstitutional for the Catoosa County Fire Department to display a patently religious symbol like a Christian cross or the proselytizing message shown with it on a public roadside, FFRF emphasizes to Camp. The cross displayed at Fire Station 3 unabashedly creates the perception of government endorsement of Christianity. It also conveys the message to the 30 percent of Americans who are not Christian, including the 23 percent who are not religious, that they aren't "favored members of the political community," to quote the U.S. Supreme Court. The cross has an exclusionary effect, making non-Christian and nonbelieving residents of Georgia into political outsiders.

"An essential service such as the fire department should not be seen as playing religious favorites," says FFRF Co-President Annie Laurie Gaylor. "Such a display of bias fuels public alienation from our government."

FFRF is asking the Catoosa County Fire Department to remove the cross from Fire Station 3 immediately and ensure no religious iconography or messages are displayed on public property in the future.

The Freedom From Religion Foundation is a national nonprofit organization with 29,000 members and chapters across the country, including nearly 500 members and a chapter in Georgia. FFRF's purpose is to protect the constitutional principle of separation between state and church and to educate the public on matters relating to nontheism.