Chicago police needs to cut it out 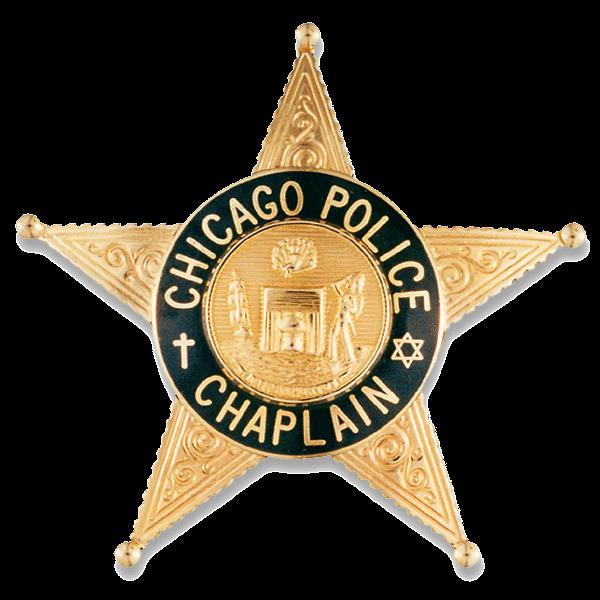 The Chicago Police Department should immediately halt the many ways it is violating our secular Constitution, says the Freedom From Religion Foundation.

A concerned department employee has contacted FFRF to report that many department events include invocations and benedictions, typically delivered by the police chaplain, Father Daniel Brandt. Sworn officers are issued a command to participate in these prayers by removing their hats ("Officers, un-cover!"), and then after the prayers another command is given to put their hats back on.

There have been other problematic instances of religious promotion during department events. At graduation ceremonies, graduates must recite a version of the "Law Enforcement Code of Ethics" that includes the line:

I will constantly strive to achieve these objectives and ideals, dedicating myself before God to my chosen profession, law enforcement. (emphasis added)

The program for the department's annual Police Recognition Ceremony and Luncheon also includes a "National Police Prayer" (along with a scheduled invocation and benediction). The police prayer is directed toward "Almighty God, Father of all mercies."

"Article VI of the U.S. Constitution prohibits the government from requiring any kind of religious test for an 'office or public trust,' which includes the position of police officer," FFRF Legal Fellow Ryan Jayne writes to Chicago Police Superintendent Eddie Johnson. "The U.S. Supreme Court held that to require a religious oath was a violation of both the First and 14th Amendments of the Constitution."

Almost one-fourth of American adults are nonreligious, including about 35 percent of Millennials. Law enforcement must avoid any appearance of bias toward some citizens or hostility toward others.

And then it appears that Father Brandt, who is listed as representing the "Chaplain's Section," openly promotes religion while acting on behalf of the department. In a video on the "Police Chaplains Ministry" website, Brandt states, "I look at my work as police chaplain as being pastor of the largest parish in the city of Chicago. I have the biggest flock, 12,000 or so, along with their families, and another 5,000 retirees." In the same video, he states that his position is "a great way to bring Christ into the lives of others." Brandt writes monthly "F.O.P. (Fraternal Order of Police) Newsletters" that promote religion and unquestionably are written by Brandt in his official capacity as a police chaplain. He also advertises weekly "police masses," leading a Catholic mass as a police chaplain. Taken together, there is an overwhelming appearance that the chaplain program, and thus the Chicago Police Department, endorses religion, and that Brandt uses this position to promote his personal religion to police officers, their families, and other members of the community.

Appointing a Catholic priest to treat the Chicago Police department as his congregation is a massive departure from the Department's obligation to remain neutral on matters of religion and violates the rights of conscience of every officer in the department, FFRF contends. Chaplains are sponsored by the department and are bound by the First Amendment like any other government representative. To avoid violating the law, police chaplains must either limit their interactions to those in the department who specifically seek out their services or, if asked to speak at a department event, walk a very fine line by providing an entirely secular address. Father Brandt appears to be unaware that such a line exists.

If police chaplains are unable, or unwilling, to fulfill their duties in an entirely secular way, then they are not fit to serve in the chaplaincy program and must be replaced. A secular counselor would be equipped to counsel 100 percent of the employees and would be actually licensed to do so. In addition, the Chicago Police Department must stop the many other violations at its events that FFRF has described.

"The Chicago Police Department is large enough not to be ignorant of basic constitutional precepts," says FFRF Co-President Annie Laurie Gaylor. "It knows better than to be a law-breaker itself."

FFRF is a national nonprofit organization with more than nonreligious 28,000 members across the country, including almost 1,000 in Illinois and a Chicago-area chapter.