FFRF scores one for the Constitution in Wisconsin 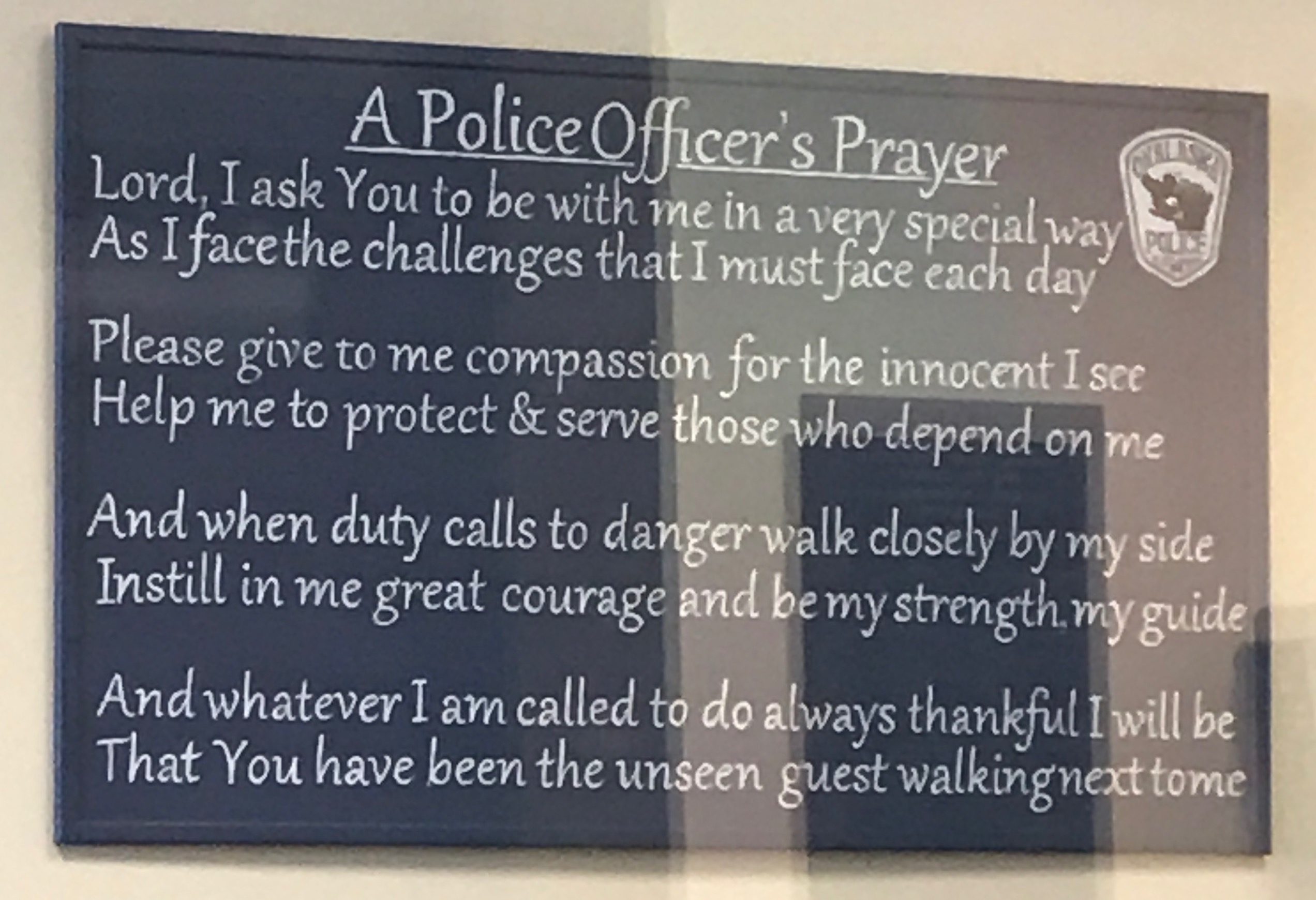 A huge prayer display has been removed from a Wisconsin police station thanks to the Freedom From Religion Foundation intervening on behalf of the Constitution.

A concerned area resident contacted FFRF that the Onalaska Police Department had a large religious display (seen in the above picture) on the wall of a public room in a local police station.

It is laudable for the police department to recognize the challenges officers face and to promote compassion and courage in law enforcement. But these sentiments should not be couched in the religious message that a god should be the officers' "guide " in their work, and is responsible for their success and safety, FFRF asserted. It is unconstitutional for the Onalaska Police Department to endorse this religious viewpoint, FFRF emphasized, since anyone viewing this display would understand it to be endorsing religion and belief in a god.

"Displaying 'A Police Officer's Prayer' in the police station demonstrates a preference for religion over nonreligion on behalf of the Onalaska Police Department," FFRF Legal Fellow Ryan Jayne wrote to Onalaska Police Chief Jeffrey Trotnic in January. "By endorsing belief in a god, the Onalaska Police Department sponsors a religious message, which is 'impermissible because it sends the ancillary message to . . . nonadherents'" that they are not full members of the political community, to quote the U.S. Supreme Court.

Citizens interact with and rely on law enforcement officers during some of the most urgent and vulnerable times of their lives, FFRF reminded Trotnic. The Onalaska Police Department's religious display conveyed a message to nonreligious citizens that they weren't favored members of the political community. More than 23 percent of American adults are nonreligious, including about 35 percent of Millennials, FFRF informed Trotnic. Law enforcement must be even-handed and avoid any appearance of bias toward some citizens or hostility toward others.

FFRF requested that the prayer display be removed immediately. The Onalaska Police Department recently informed FFRF that it has acceded to the organization's request.

"Dear Mr. Jayne: The item in question has been removed," Trotnic has written back.

"We'll take that as a victory for the Constitution," says FFRF Co-President Annie Laurie Gaylor. "Nonbelievers in Onalaska will now feel fully included, as they should be in our secular state."

The Freedom From Religion Foundation is a Wisconsin-based nationwide nonprofit organization with more than 27,000 nonreligious members and chapters all over the country, including 1,400-plus and a chapter in Wisconsin. Its purpose is to protect the constitutional principle of separation between state and church.