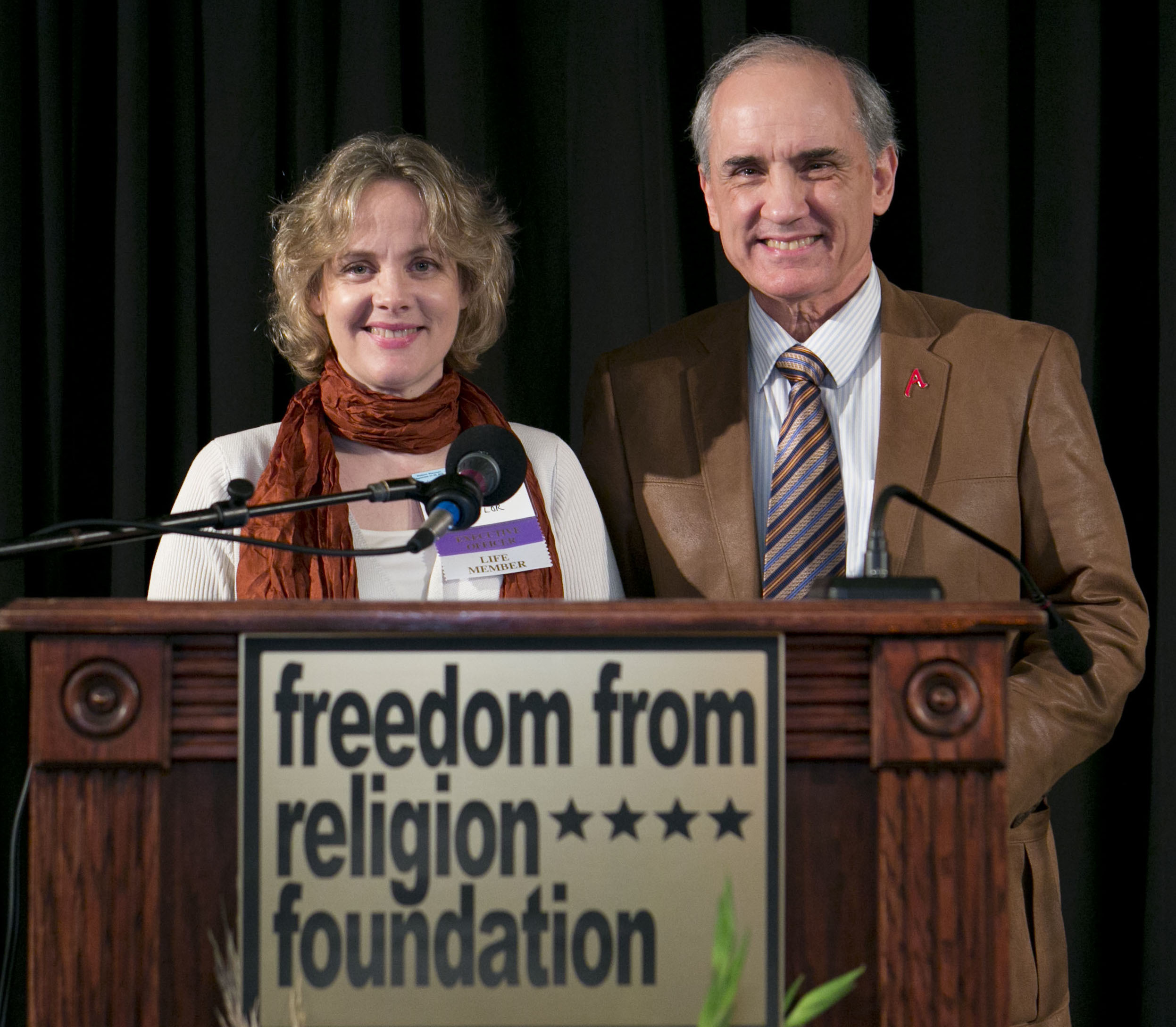 The Freedom From Religion Foundation has filed a federal brief supporting its long-running challenge of preferential tax treatment that the IRS provides to ministers of the gospel.

FFRF's brief, filed before U.S. District Judge Barbara Crabb on Wednesday, April 5, forcefully argues that the IRS is discriminating by allowing clergy — and only clergy — to exclude cash payments for housing from taxable income. FFRF Co-Presidents Dan Barker and Annie Laurie Gaylor, as well as the estate of President Emerita Anne Nicol Gaylor, were denied a similar benefit, although FFRF designates a housing allowance for them. Attorney Rich L. Bolton, who authored the brief, writes, "The Supreme Court has refused to allow government to preferentially favor religion with tax breaks that are not generally available to other taxpayers."

Besides the direct advancement of religion, the housing allowance fosters excessive government entanglement with religion. FFRF points out: "In order to ensure that this preferential tax benefit is limited to religious officials, §107(2) requires complex determinations relating to the tenets, principles and practices of those churches that provide their clergy with cash housing allowances."

The IRS and several churches that intervened in the case filed for summary judgment on March 8. FFRF's response brief debunks many of their claims. Both the IRS and the churches contend that the housing allowance, passed by Congress in 1954, is on par with housing provided more generally "for the convenience of the employer." But FFRF counters: "The historical evidence indicates that §107(2) was actually intended to provide a financial benefit to religious clergy without regard to any 'unique' housing relationships." The principal sponsor, Rep. Peter Mack, argued during hearings, "Certainly, in these times when we are being threatened by a godless and anti-religious world movement we should correct this discrimination against certain ministers of the gospel who are carrying on such a courageous fight . . . caring for our spiritual welfare."

FFRF and its members first brought suit to challenge the housing allowance in 2009 in the U.S. District Court for the Eastern District of California. The case was later moved to Wisconsin, after the U.S. Supreme Court issued a decision in another case limiting who may challenge certain government tax expenditures.

In 2013, U.S. District Judge Barbara Crabb ruled in FFRF's favor, finding that the clergy housing allowance was unconstitutional. She wrote that "the exemption provides a benefit to religious persons and no one else, even though doing so is not necessary to alleviate a special burden on religious exercise." The decision provoked a national near-hysterical outcry from churches and ministers, with practically every denomination, including the Unitarians and liberal Jewish, filing briefs against FFRF. FFRF has referred to the case as "David vs. Goliath" because virtually all religious groups weighed in against FFRF's challenge to religious privilege.

In 2014, the 7th U.S. Circuit Court of Appeals ruled that Barker and Gaylor did not have standing to bring the case because they hadn't yet sought a refund of their housing allowance from the IRS. Accordingly, Barker and Gaylor filed for a tax refund in 2015 and were denied a housing allowance by the IRS. In a June 27, 2016, letter the IRS stated, "IRC Section 107 specifically requires that to exclude a housing allowance from income you must be a minister of the gospel. The IRS does not have the authority to interpret this to include anyone other than those who meet this definition." This proves the point FFRF is attempting to make in its lawsuit.

"The discriminatory subsidy given to members of the clergy should be struck down," says Barker.

Untaxed housing payments to clergy are estimated by Congress' Joint Committee on Taxation to amount to $800 million per year. Pastors paid a housing allowance may deduct not just mortgages, rents and property taxes but most money spent on home improvements, including "furnishings, utilities, garage, etc." Ministers, retired ministers and many others, such as Jewish cantors or even parochial school basketball coaches with ordinations, may fully deduct from taxable income the amount of their salary designated as a "housing allowance."

The case, Gaylor v. Lew, Case No. 3:16-cv-00215-bbc, is before Judge Barbara Crabb, U.S. District Court, Western District of Wisconsin. Other documents may be found here.