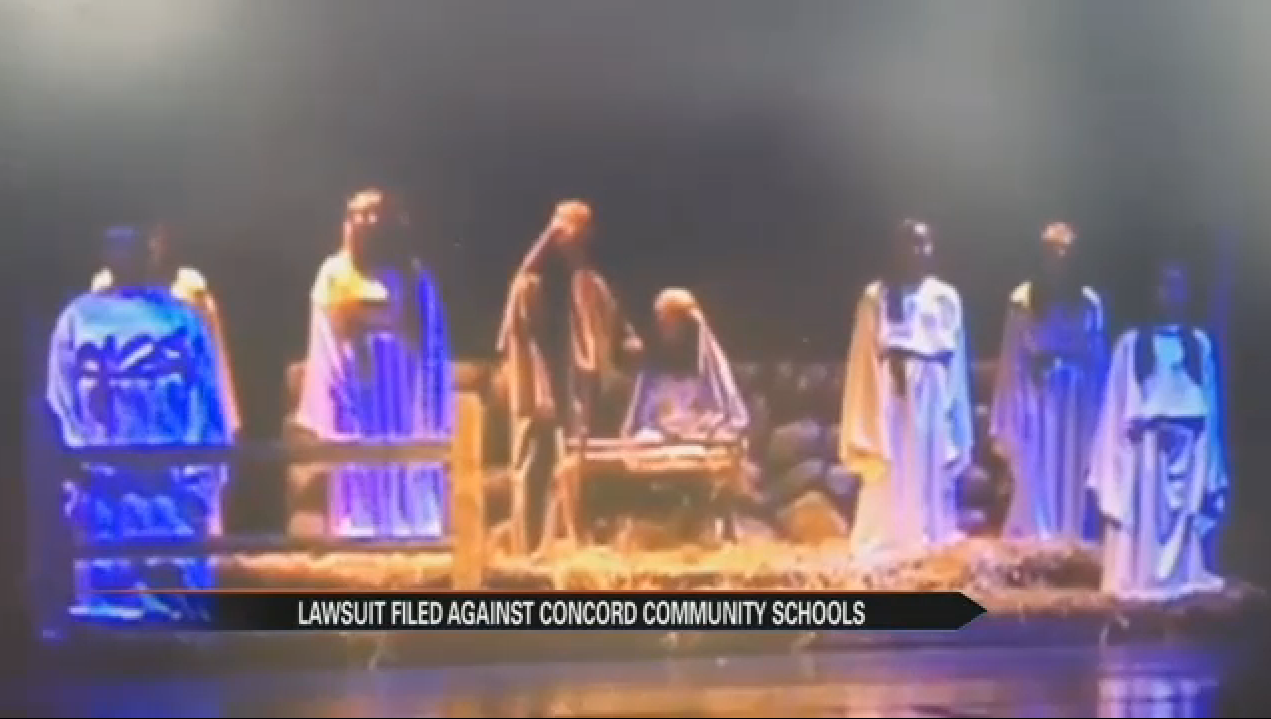 An Indiana court has handed down a resounding victory to the Freedom From Religion Foundation — and the First Amendment.

The U.S. District Court for the Northern District of Indiana, South Bend Division, made its final decision on Monday, March 6, striking down a nativity performance as it existed for the past 45 years at the Performing Arts Department of Concord High School in Elkhart, Ind. Each December for nearly half a century, the department had planned, produced, and staged several performances of a large event called the "Christmas Spectacular." One element had remained largely unchanged: School officials ensured that each show closed with a 20-minute depiction by students of the story of the birth of Jesus Christ.

"The manner in which the living nativity scene was presented and its context within the show combined to create an impermissible message of [religious] endorsement," U.S. District Judge Jon DeGuilio ruled. "The school's present filings offer no argument in defense of the constitutionality of this version of the show."

Accordingly, the school's pre-2015 version of the Christmas Spectacular, and the version initially proposed for 2015, violated the Establishment Clause. Through 2014, during this segment, students at the high school portrayed "the Virgin Mary, Joseph, the Three Wise Men, shepherds, and angels, while staff read passages from the New Testament," notes the original complaint.

The court issued a declaratory judgment that the nativity performances were unconstitutional. The declaration serves to put the school district on notice that if it returns to this version of the nativity performance in the future, "the plaintiffs can swiftly return to court and seek appropriate relief," which would undoubtedly cost the school district. The court also awarded nominal damages of $1 to each of the local plaintiffs — one student and two parents — for each exposure to the 2014 show.

FFRF had added to its challenge the district's 2015 "fix," in which students sang about 20 minutes of devotional Christmas songs, along with one Chanukah song and one Kwanzaa song, as a static nativity display sat on stage. Judge DeGuilio disappointingly ruled that this was permissible.

Both sides have the option to appeal the judge's rulings in this case and FFRF may additionally petition the court for recovery of its attorneys fees and costs associated with litigation.

While public schools may recognize and celebrate the secular aspects of winter holidays, they may not endorse or promote religious beliefs. Nor may they use school functions to coercively subject students to religious messages and proselytizing. But that is precisely what the Concord Community Schools system had done.

FFRF is delighted at the triumph of constitutional principles — and common sense.

"This was a clear-cut case of a school district imposing Christianity on the student body," says FFRF Co-President Annie Laurie Gaylor. "The court ruled wisely in adhering to the laws of the land. We thank our brave local plaintiffs for fighting to remedy this egregious violation."

The Freedom From Religion Foundation is dedicated to the separation of state and church, with 27,000 members nationwide, including more than 400 in Indiana.

FFRF has brought the suit in conjunction with the ACLU of Indiana and the national ACLU. Attorneys on the case include Sam Grover and Ryan Jayne of FFRF, Gavin Rose of the ACLU of Indiana, and Daniel Mach and Heather L. Weaver of the ACLU. FFRF v. Concord Community Schools, Case No. 3:15-cv-00463, is in the U.S. District Court for the Northern District of Indiana, South Bend Division.