Lifting ban on church politicking would undermine our secular republic 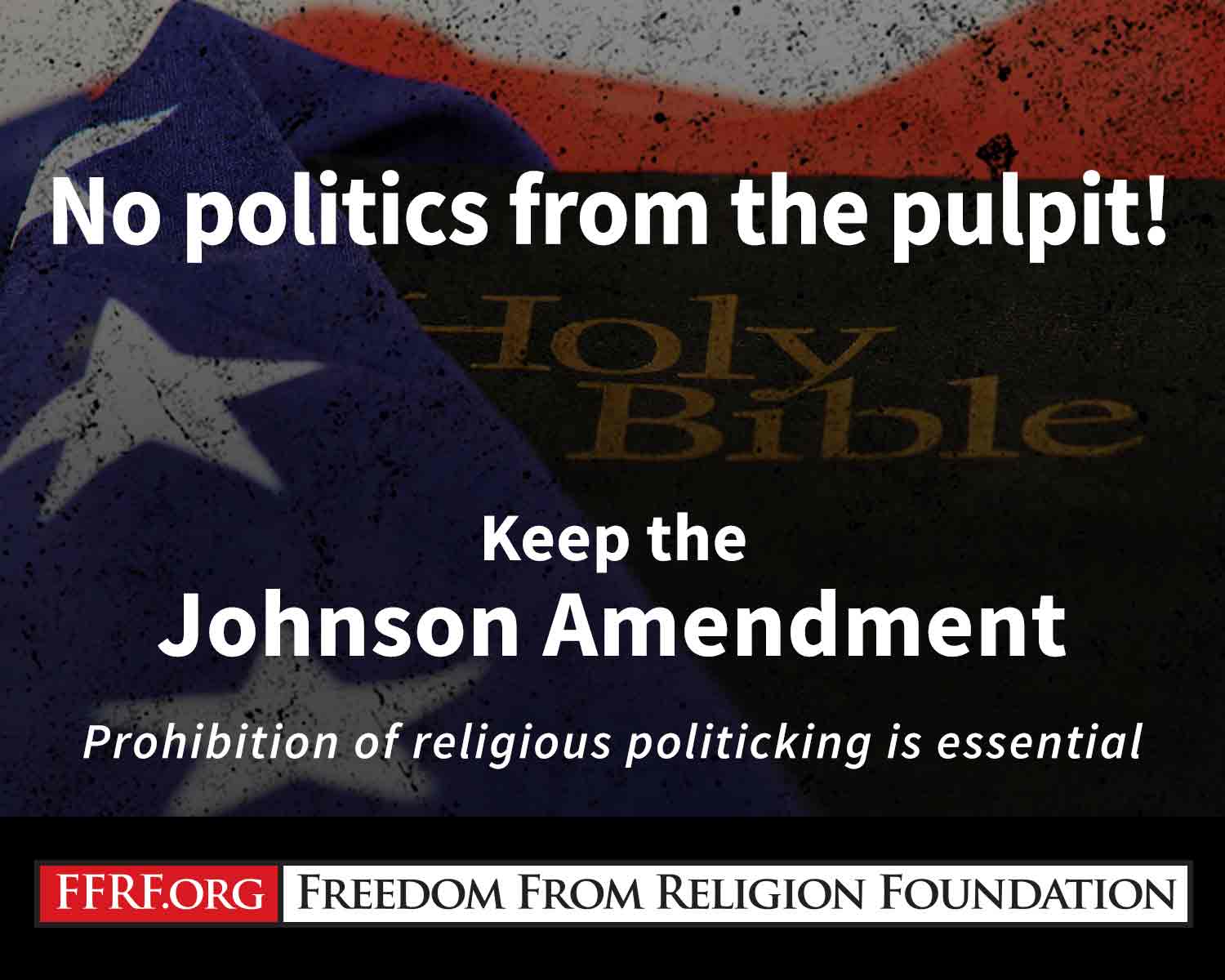 The new political setup in Washington, D.C., is hell-bent on converting religious institutions into campaign halls.

The Johnson Amendment bars churches or other 501(c)(3) tax-exempt groups from endorsing or opposing political candidates. It is essential for keeping the foundations of our secular republic intact, but the Trump

The new political setup in Washington, D.C., is hell-bent on converting religious institutions into campaign halls.

The Johnson Amendment bars churches or other 501(c)(3) tax-exempt groups from endorsing or opposing political candidates. It is essential for keeping the foundations of our secular republic intact, but the Trump administration and Congress are going after it with all their might.

In tandem, top GOP lawmakers, including House Majority Whip Steve Scalise, introduced a bill the same day to comply with his wishes. "It would allow churches and other nonprofits that have tax-exempt status under section 501(c)(3) of the tax code to speak out about candidates as long as the political activity is made during the course of the organizations' regular activities and does not have a large cost," The Hill reports. Another recent bill, introduced the beginning of January, also aims to "restore the free speech and First Amendment rights of churches and exempt organizations by repealing the 1954 Johnson Amendment."

Coupled with this flurry of legislative activity is yet another ominous development. A portion of a leaked presidential executive order draft that The Nation obtained also seeks to halt all enforcement of the Johnson Amendment. See FFRF's detailed analysis of the executive order here.

Why does all this matter so much?

Named for Lyndon B. Johnson, who sponsored the bill as senator, the Johnson Amendment prohibits tax-exempt, 501(c)(3) groups, including churches, from engaging in partisan, political activities. Thus it safeguards U.S. democracy by ensuring that tax-exempt money (which is essentially subsidized by taxpayers) is not used for political purposes.

Religion and politics are a dangerous mix. James Madison wrote, "to employ religion as an engine of civil policy" is "an unhallowed perversion of the means of salvation."

Without the Johnson Amendment, official church doctrine could include which candidate congregants must vote for. The most pernicious aspect of church-politicking is the power which religious leaders hold over the mind of the individual. Willing churchgoers could be excommunicated for failing to adhere to church voting doctrine or, far worse, a congregant might believe they will suffer eternal torture if they vote for the "wrong" candidate.

The pressure churches would be able to exert — spiritual blackmail would not be an inappropriate term here — would forever alter our political system. Elections would cease to be about ideas and become pandering to churches for souls/votes.

Any church is free to make a choice whether to remain tax-exempt or to decide to forfeit this privilege in order to engage in politics. This prevents the IRS from enforcing that rule. Unlike other 501(c)(3)s, churches do not have to file tax returns with the IRS. Other tax-exempt (c)(3)s must track every dime that comes in and goes out. You can usually find their Form 990 tax returns online. But churches are financial black holes.

So, with the repeal of the ban on church politicking, you have a quick recipe for churches to absorb millions, possibly billions, for political campaigns, which they can spend on anything they want. This is not about free speech, it's about tax-subsidized political power. Pastors can already endorse, just not from the pulpit using the aegis of their church or tax-free money.

FFRF is heavily invested in the current law — and in keeping it intact. For decades, FFRF has been working to ensure enforcement. Since 2006, FFRF has asked the IRS for investigations into 70 situations in which we believe the tax code was violated. Our complaints to the IRS are filed without regard to political affiliation or allegiance. FFRF sent a letter to the IRS regarding a pastor at a church in North Carolina who urged his congregation during worship services to vote for President Obama. And last year, FFRF sent the IRS letters about Hillary Clinton campaigning at churches that endorsed her during services.

In 2012, FFRF even sued the IRS to compel it to enforce its own regulations barring churches as well as other (c)(3)s from engaging in partisan political activity. We're proud our lawsuit nudged the IRS to agree to continue to investigate errant churches and ensure that the tax code is being enforced evenhandedly.

The Johnson Amendment isn't a threat to our democracy. But allowing tax-exempt churches to engage in political campaigning would be. It would open the door to further unregulated money in our politics with zero accountability. Because of their lack of accountability, were tax-exempt churches allowed to engage in electioneering, they could essentially turn into money-laundering operations for political candidates. The result would make the Citizens United fallout look like child's play. Our secular republic would be at stake.

Mich. school system gets rid of Christian displays due to FFRF

A collaboration between an Indiana public school and a proselytizing ministry needs to be terminated, urges the…

It’s long past time for public officials and our nation to embrace the inevitable: The way…