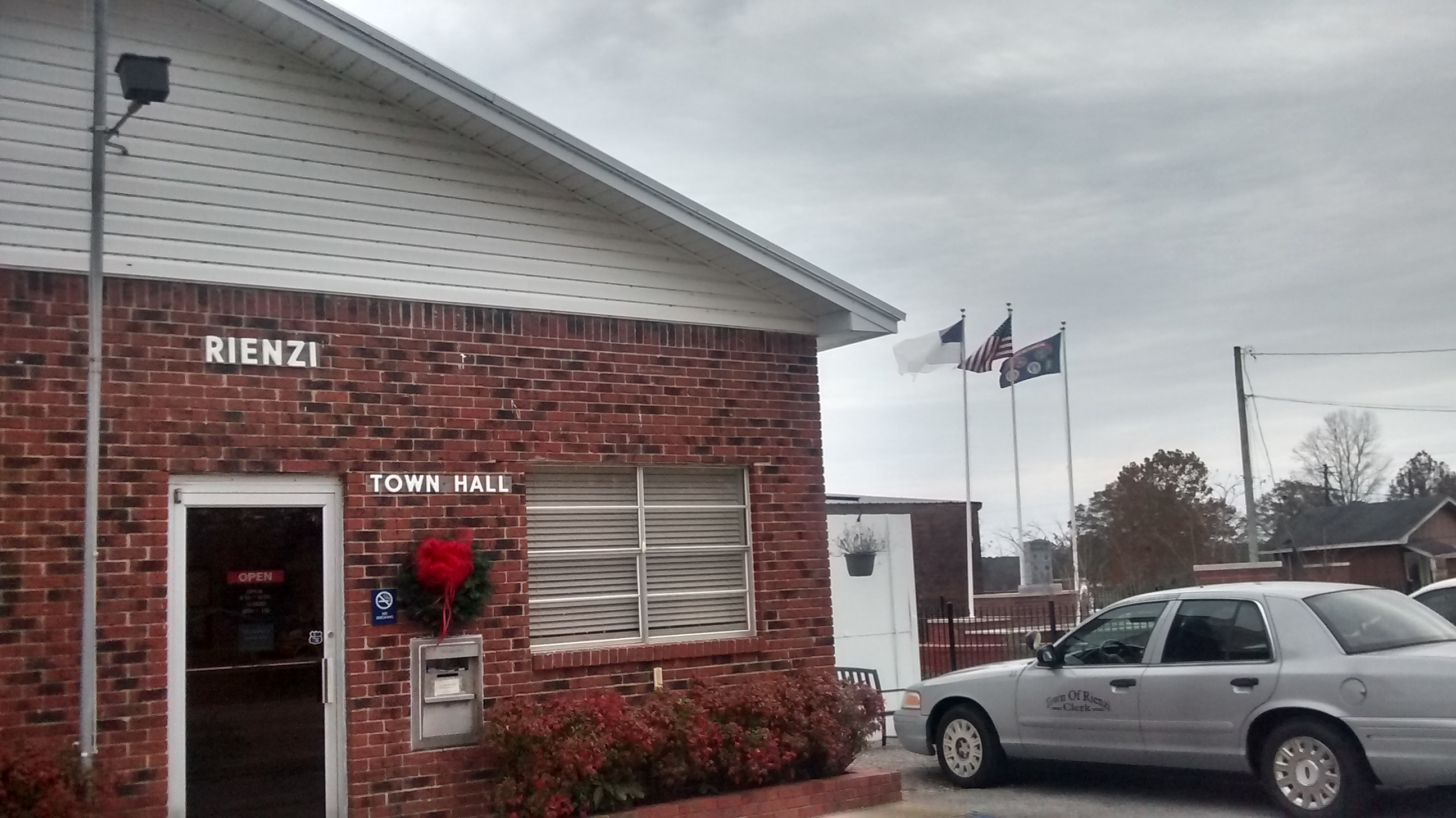 A Christian flag has no place at a veterans memorial, the Freedom From Religion Foundation is telling a Mississippi town.

A concerned community member in Rienzi, Miss., contacted FFRF to report that the city's new Veterans Memorial Garden includes a Christian flag alongside the American flag and a military flag.

A Christian flag has no place at a veterans memorial, the Freedom From Religion Foundation is telling a Mississippi town.

A concerned community member in Rienzi, Miss., contacted FFRF to report that the city's new Veterans Memorial Garden includes a Christian flag alongside the American flag and a military flag.

The flag is a traditional evangelical Christian design, reportedly conceptualized by Protestants in the early 20th century. The white in the flag is said to represent the biblical notions of purity, the blue is supposed to stand for baptism in water and the red is meant to symbolize the sacrifice that Christians believe Jesus made for humankind.

FFRF contends that Rienzi, a small town in Northern Mississippi, needs to remove the Christian flag in order to avoid unconstitutionally endorsing religion.

War memorials across the United States honor veterans without using any sectarian images, including the National World War II Memorial, the Vietnam Veterans Memorial, and the Korean War Veterans Memorial, FFRF points out. Each is secular in nature and without religious reference, which offends no one and is respected by all.

FFRF is committed to defending the rights of religious minorities and the nonreligious when governments insist on promoting religion in their memorial displays. FFRF notes that it can be quite costly for a government to ignore its obligations under the Establishment Clause.

There are countless ways to recognize the sacrifice of our veterans and military members without endorsing one religion over all others in violation of the Constitution, FFRF emphasizes. The more than 23 percent of military personnel who either express no religious preference or are atheists should not be made to feel excluded, like "outsiders, not full members of the political community," because the city of Rienzi chooses to endorse Christianity in its memorial garden.

"It's a myth there are no atheists in foxholes," says FFRF Co-President Annie Laurie Gaylor. "A government memorial must be inclusive of all veterans, not just honor Christian ones."

FFRF asks that in recognition of all veterans and military members, the city of Rienzi remove the exclusively Christian flag from the Veterans Memorial Garden.

The Freedom From Religion Foundation is a national state/church separation watchdog with more than 26,000 members across the country, including in Mississippi. The organization is writing about the matter both as a state/church watchdog group and on behalf of its more than 6,000 members who are in the military or are veterans.