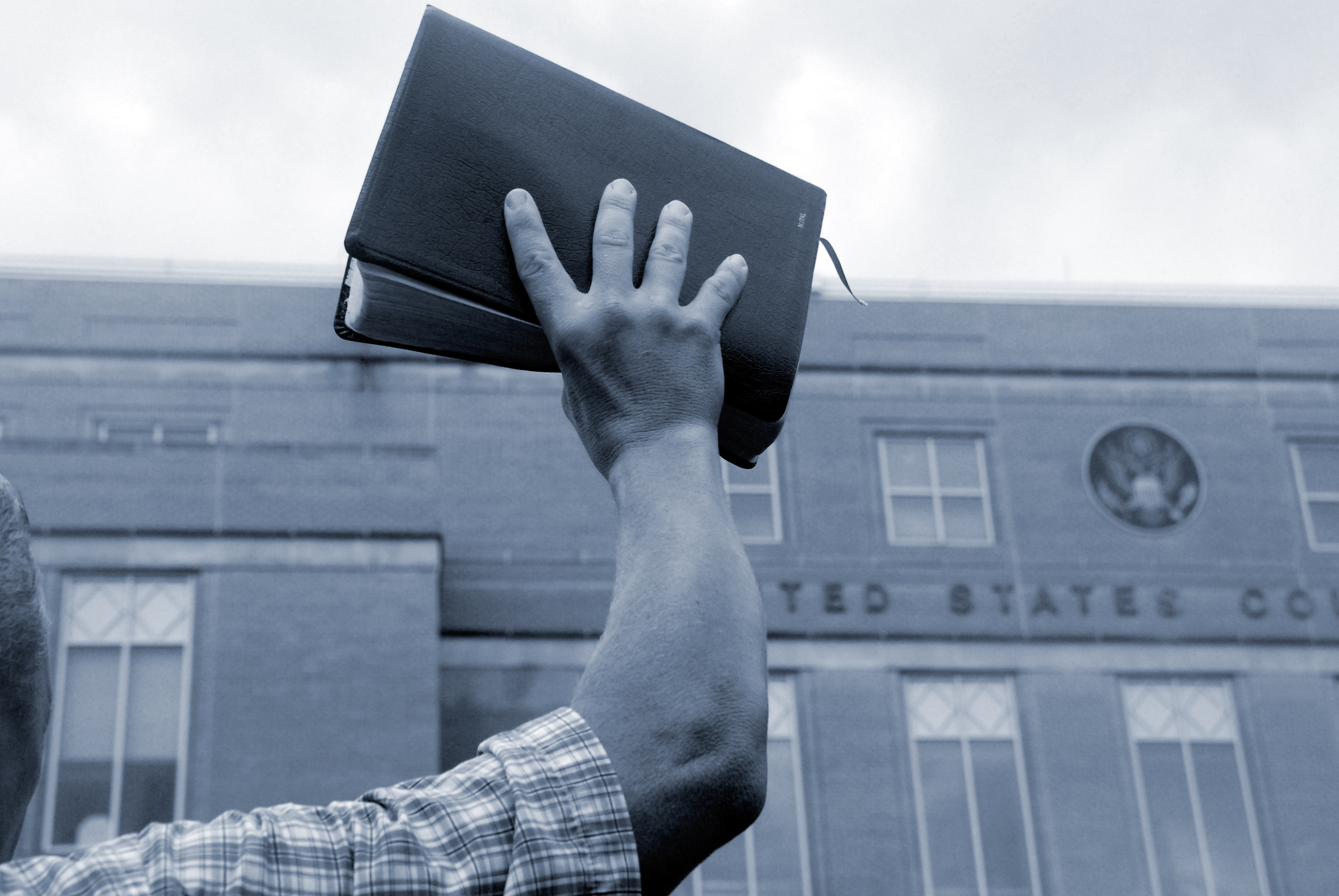 This is part of the governor's promotion of the "Kentucky 120 United Bible Reading Marathon," an event where people gather to read the entire bible in public in less than four days, starting at midnight on Jan. 1. Mark Harrell, a pastor of the Christian Victory Fellowship, founded the event in an effort to get state government officials and the public in accord with "God's Word."

Bevin's proclamation, signed Dec. 19, states that 2017 "marks the second year Kentucky has led the nation in celebrating the bible's significant impact on Kentucky and American institutions and culture by leaders in each county taking shifts to read through the entire bible in Kentucky's Bible Reading Marathon."

The proclamation is a disturbing government approval of Christianity as an official religion. It excludes and alienates Kentuckians who are not Christian, not religious, or believe in the patriotic principle of upholding the First Amendment by keeping religion out of government. To use the secular gubernatorial office to propagandize a religious book is an unacceptable abuse of power.

"A governor in our secular nation has no authority to determine what is 'the word of God,' or whether there is a 'word of God,'" FFRF Co-Presidents Dan Barker and Annie Laurie Gaylor write to Bevin. "Government is forbidden by the Establishment Clause of the First Amendment from taking sides on religion. About a third of Kentuckians and citizens nationwide are non-Christian, with fully 24 percent of these Americans identifying as nonreligious (Pew Religious Landscape Study, 2015)."

The framers of the U.S. Constitution didn't pray during the four-month constitutional convention that adopted the godless and entirely secular document whose only references to religion are exclusionary. That showed their intent to keep religion out of government.

The Kentucky governor is also misappropriating his power, FFRF avers. Alexander Hamilton wrote that the Constitution gives the executive "no particle of spiritual jurisdiction." Yet, Bevin is utilizing executive authority to help organize a bible-reading marathon.

The Kentucky governor should immediately rescind his proclamation and stop any official involvement in the biblical event.

The Freedom From Religion Foundation has a national enrollment of 25,000 nonreligious members and chapters all over the country, including more than 200 and a chapter in Kentucky.