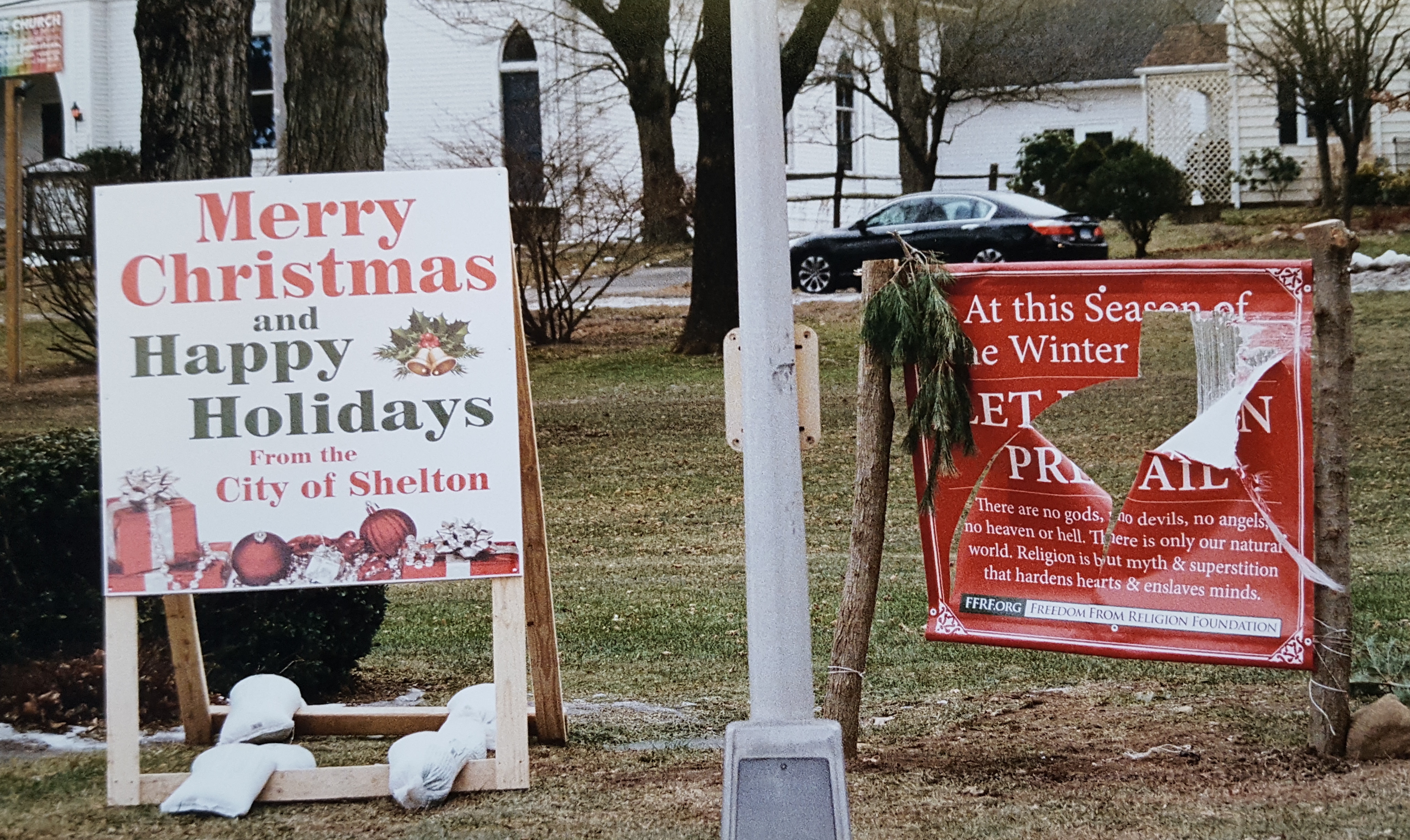 A Freedom From Religion Foundation banner has been vandalized in a Connecticut park.

FFRF member Jerry Bloom, with the help of John Levin and Cary Shaw, had recently put up an FFRF banner in Huntington Park in the city of Shelton to counter a nativity scene. The banner was desecrated a couple of days before Christmas.

At this season of the Winter Solstice, may reason prevail.
There are no gods, no devils, no angels, no heaven or hell.
There is only our natural world.
Religion is but myth and superstition that hardens hearts and enslaves minds.

The banner was severely slashed. FFRF is offering a reward of $1,500 for information leading to arrest and conviction of the perpetrator(s) responsible.

Gaylor urged the city to shut down the “forum” next year.

The Freedom From Religion Foundation is a nontheistic organization with 25,000 members all over the country, including 200-plus in Connecticut.