The Freedom From Religion Foundation is making its debut at the Iowa state Capitol to counter a recently installed Christian nativity scene. 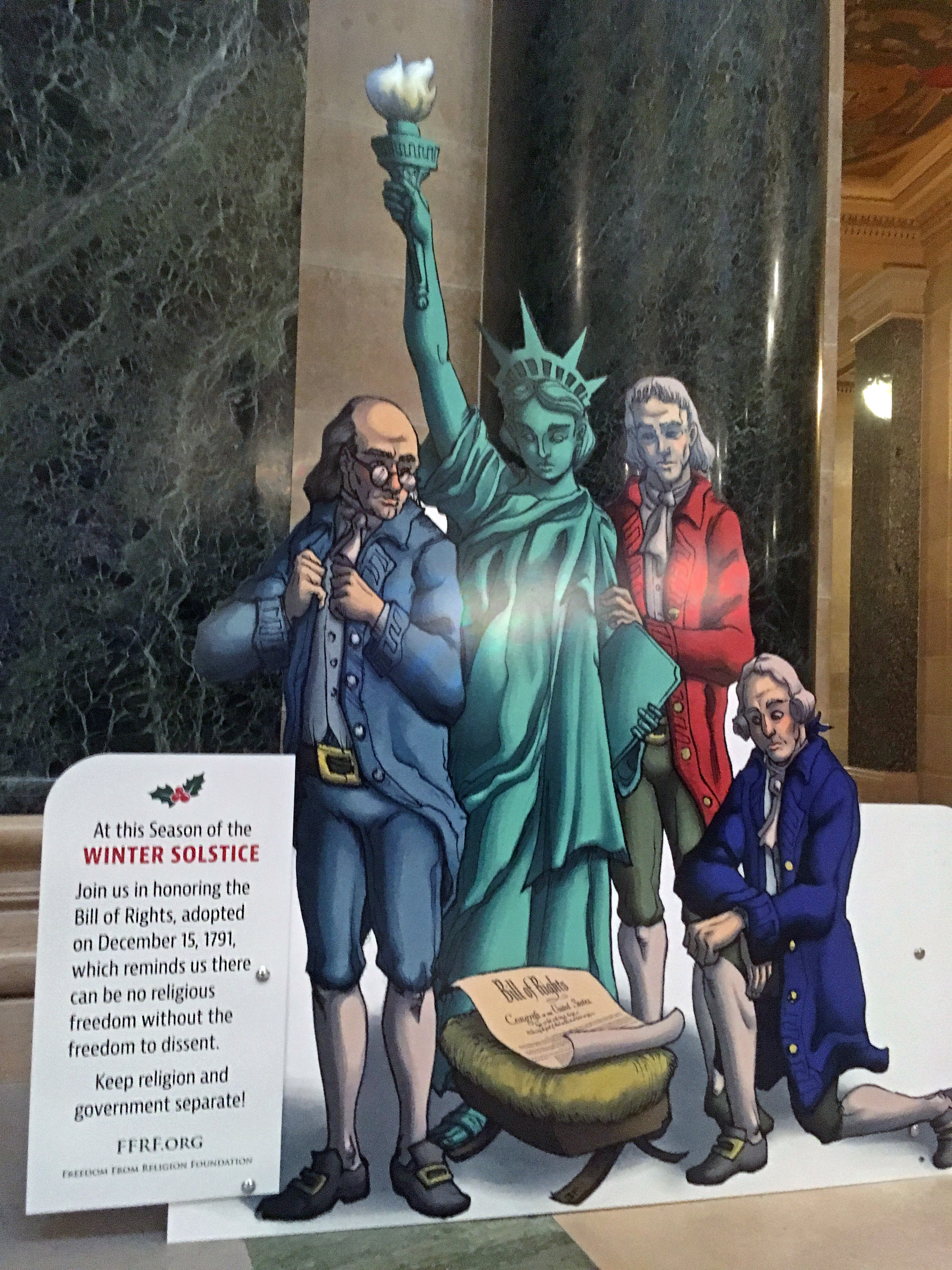 The centerpiece of its display in Des Moines' most famous building will be a whimsical Bill of Rights "nativity." The cutout depicts Founding Fathers Benjamin Franklin, Thomas Jefferson and George Washington, along with the Statue of Liberty, gazing in adoration at a "baby" Bill of Rights.

A sign beside the tongue-in-cheek nativity reads: "At this Season of the Winter Solstice, join us in honoring the Bill of Rights, adopted on December 15, 1791, which reminds us there can be no religious freedom without the freedom to dissent." It ends with: "Keep religion and government separate!" 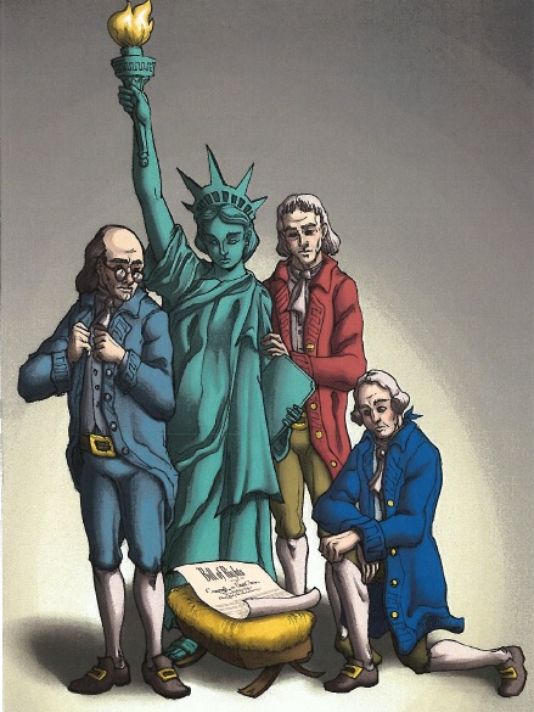 The exhibit is being installed in direct response to a nativity that went up for the first time in the Capitol a few days ago. Among those who spoke at the nativity inaugural was Iowa Gov. Terry Branstad, who lent an official air to the proceedings. Branstad appeared to endorse the religious exhibit by remarking, "We are especially honored and pleased to have the nativity scene here in the Capitol building." The local bishop also spoke, and musicians performed "Silent Night" on the cello.

"It is inappropriate to have a sectarian religious display in the heart of state government," says FFRF Co-President Dan Barker. "We'd much prefer that the seat of government be free from religion — and irreligion. But if a devotional nativity display is allowed, there must be 'room at the inn' for all points of view, including irreverence and freethought."

The Freedom From Religion Foundation is a national state/church watchdog organization that has almost 25,000 members, including in Iowa.