Indiana graduation prayer removed as a result of FFRF’s efforts 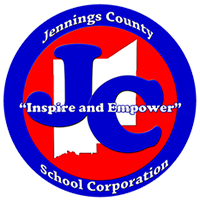 Jennings County High School in North Vernon, Ind., had prayers as part of its graduation ceremonies in both 2015 and 2016. FFRF initially contacted Jennings County Schools the past summer to inform officials that school-sponsored prayer in a public school was unconstitutional.

"The Supreme Court has continually struck down prayers at school-sponsored events, including public school graduations," FFRF Legal Fellow Ryan Jayne wrote to Jennings County Schools Superintendent Terry Sargent. "School officials may not invite a student, teacher, faculty member or clergy to give any type of prayer, invocation or benediction at a public high school event."

FFRF added that the courts have continually affirmed that the rights of minorities are protected by the Constitution and that it made no difference how many students wanted prayer or would not be offended by prayer at the graduation ceremony.

Initially, Jennings County Schools replied in a legalistic manner, but after FFRF sent a number of follow-up letters, it did the right thing.

"Please be advised that Jennings County School Corporation will no longer incorporate prayer as an official aspect of any program," the school district's legal counsel writes in a recent letter.

FFRF is appreciative of the course correction.

"We're pleased that the district realized the importance of not violating constitutional boundaries or turning nonbelievers into outsiders at their graduation," says FFRF Co-President Annie Laurie Gaylor. "We're confident that it won't be incorporating prayer in its graduation ceremony from now onward."

The Freedom From Religion Foundation is a national organization dedicated to the separation of state and church, with nearly 25,000 nonreligious members nationwide, including more than 300 in Indiana.