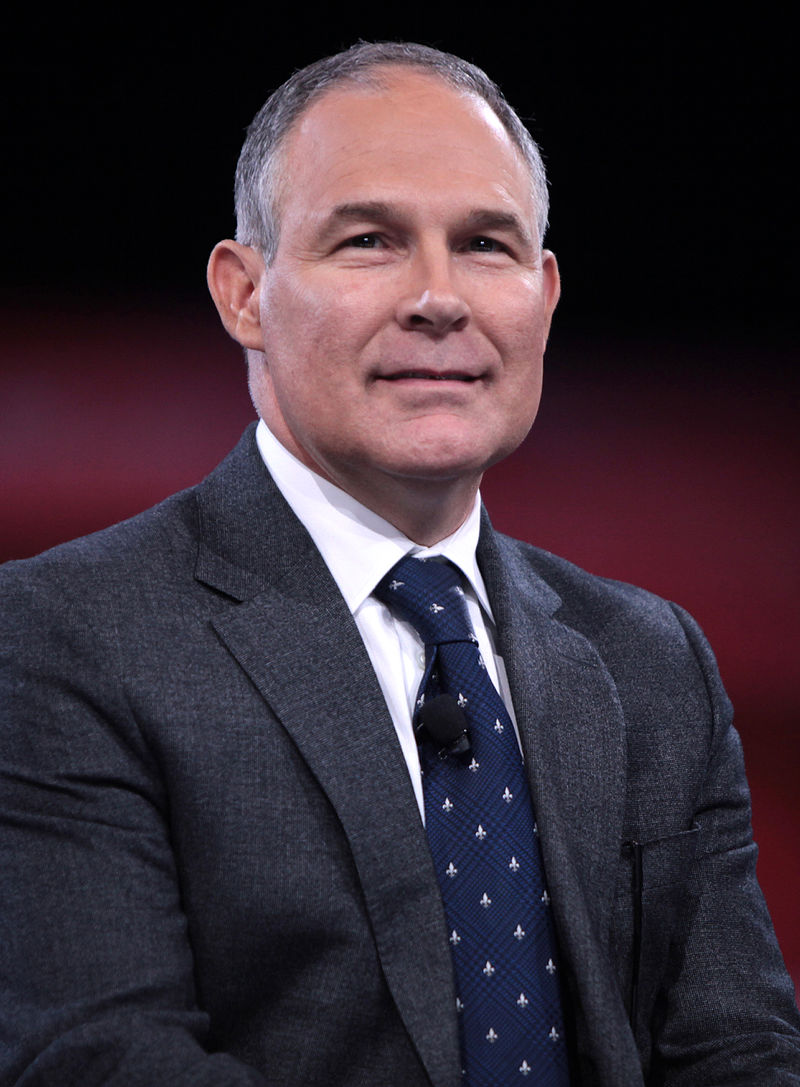 The Freedom From Religion Foundation knows from experience the awfulness of Donald Trump's choice to head the Environmental Protection Agency.

The state/church separation watchdog group has tussled a number of times with Oklahoma Attorney General Scott Pruitt. An active promoter of oil, fossil fuels and fracking who has openly opposed the EPA and calls climate change a "hoax," Pruitt has also gone out of his way to target FFRF.

"This is yet another cabinet nomination that would involve the fox guarding the chicken coop, " says FFRF Co-President Annie Laurie Gaylor, referring to her organization's opposition to Betsy DeVos as education secretary. "Pruitt's not only a theocrat on civil liberties issues, but his blinkered faith-based views make him an entirely inappropriate candidate to run the science-based Environmental Protection Agency."

After FFRF sent letters to 26 Oklahoma school districts last year about illegal bible distribution, Pruitt went on the offensive (you can read that two ways). The complaint letters went out in February 2015 objecting to a widespread problem involving public schools permitting Gideons International members to distribute bibles to a captive audience of fifth-grade students. FFRF educated the districts on the clear law against bible distributions in schools.

Although several schools quickly revised their policies to halt future distributions, Pruitt stuck his nose in the controversy, sending a letter to superintendents statewide that smeared FFRF. Pruitt wrote: "As the attorney general of Oklahoma, I will not stand idly by while out-of-state organizations bully you or any other official in this state into restricting the religious freedom the Founders of this country held dear."

It's not the first time Pruitt maligned FFRF. In 2014, while discussing the Internal Revenue Service's policy on pulpit politicking, he claimed FFRF "is unabashed in its desire to destroy" free speech and the First Amendment's free exercise clause. He has also refused open records requests from FFRF over his involvement in promoting the distribution of bibles and so-called "religious freedom" in public schools.

Pruitt's hostility toward FFRF is part of a pattern. For instance, he long fought to retain a Ten Commandments monument that the state Supreme Court ordered removed in 2015 from the Oklahoma Capitol.

The Freedom From Religion Foundation knows firsthand the dreadfulness of Pruitt's record in public office. The Oklahoma attorney general is completely unfit to be in charge of protecting our country's environment.