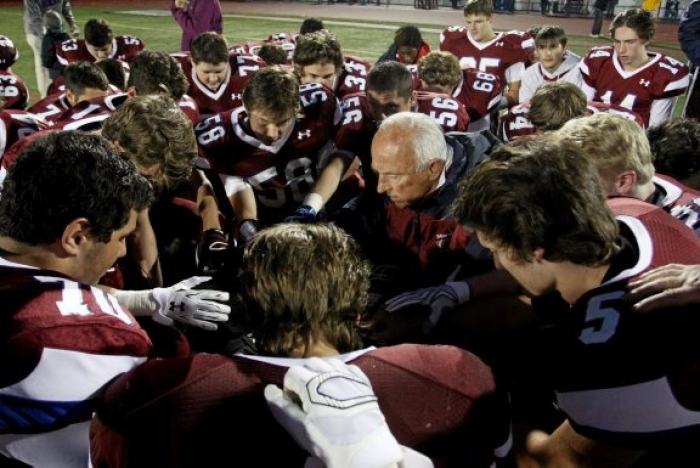 A public school football coach in Pennsylvania has been asked to stop praying with his team after the Freedom From Religion Foundation contacted his school district.

"It is illegal for public school athletic coaches to lead their teams in prayer," FFRF Staff Attorney Elizabeth Cavell wrote to Dunmore School District Superintendent Richard McDonald back in June. "The Supreme Court has continually struck down school-sponsored prayer in public schools."

Cavell had added that the legal guidelines are actually even more restrictive.

Coach Henzes' conduct represents the school and team when he acts in his official role as the head coach. Therefore, he can't lead his team in prayer, FFRF reminded the school district.

The Dunmore School District heeded FFRF's advice, albeit after a bit of a delay.

"The school district has addressed this issue," Superintendent John Marichak, who replaced McDonald in July, said in his recent reply. "We directed Coach Henzes to be sure that he should not partake in any such behavior. We also covered this with all of our personnel to be consistent and exhaustive in the upholding of the law."

FFRF appreciates that its counsel was taken seriously.

"Regardless of the length of the time he was engaging in the activity, Coach Henzes was clearly overstepping legal and constitutional boundaries with his public prayerfulness," says FFRF Co-President Annie Laurie Gaylor. "We're glad that the Dunmore School District gave him a talking to about his conduct."

The Freedom From Religion Foundation is a national organization dedicated to the separation of state and church, with more than 24,000 nonreligious members all over the country, including 800-plus in Pennsylvania.