Citizens shouldn’t be forced to vote in houses of worship 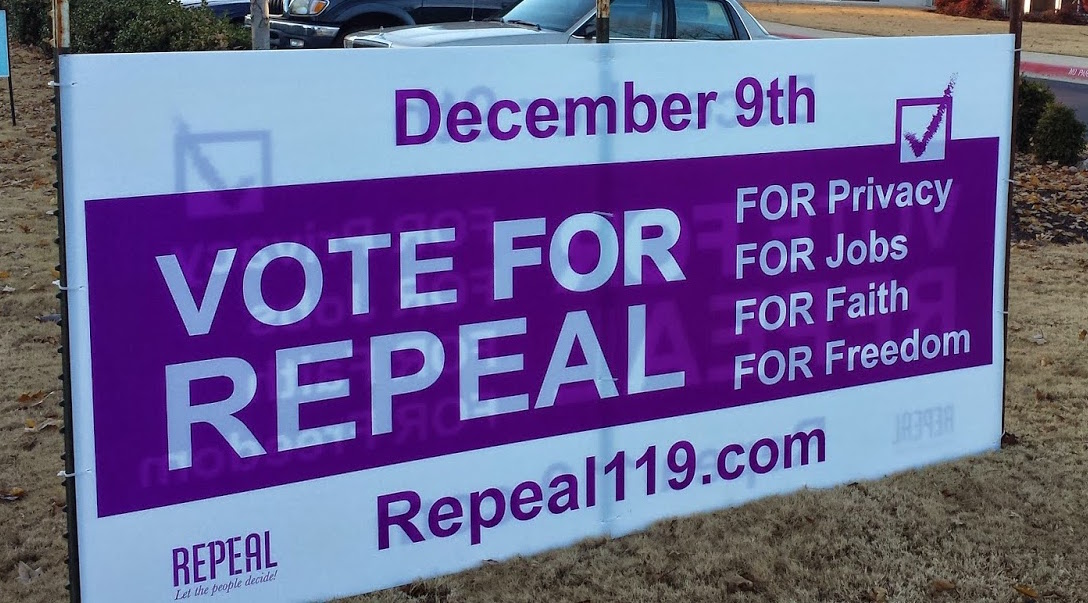 The Freedom From Religion Foundation is urging an Arkansas county to stop using houses of worship as polling places.

A significant number of the polling places in Washington County are churches. This was particularly problematic last year when a special civil rights election (to extend protections to the LGBT community) was held and 16 of the 17 polling sites in Fayetteville, the county headquarters, were churches.

"Selecting churches as polling places can serve to unduly influence voters to vote in a particular way that they might not otherwise," FFRF Managing Staff Attorney Rebecca Markert has written to Washington County Election Commission Chairman Bill Ackerman. "This is especially true if the churches themselves are promoting or demonizing a particular side of an issue."

But even otherwise, there are a host of problems with houses of worship being used as polling sites in Washington County or elsewhere in the United States.

First, many of these sites are used for religious services. Religious imagery is pervasive in a lot of these venues and oftentimes is in direct view of voters. FFRF has received complaints of voting booths directly underneath paintings of Jesus, large Christian crosses and nearby bibles and posters with biblical verses on them.

Furthermore, there are numerous cases across the country of religious institutions exploiting their position as polling sites to promote their churches or causes. FFRF has received reports of churches handing out literature about their services and posting sign-ups for their bible studies.

The most egregious abuses are, however, when religious centers used as polling places take the opportunity to speak out on ballot initiatives or referenda at issue in the election (as in Washington County last year), or improperly endorse or oppose a candidate. Washington County is not the only example, as this has come up frequently in the recent past when same-sex marriage bans have been considered in states across the United States.

FFRF strongly urges Washington County to remove all houses of worship as polling places in future elections. There are plenty of secular options available that could be relied on not to abuse the voter trust.

The Freedom From Religion Foundation is a national nonprofit dedicated to the separation of state and church, with more than 23,000 nonreligious members all over the country, including 100-plus individuals in Arkansas.