‘Pulpit Freedom Sunday’ is even more ominous this year 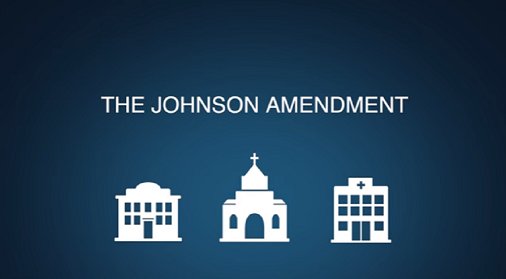 "Pulpit Freedom Sunday," an annual event that deliberately seeks to incite church pastors into flouting the law, is assuming an even more ominous tone this year.

Christian groups observe "Pulpit Freedom Sunday" to protest what they perceive as undue restrictions that prohibit tax-exempt entities, including churches, from engaging in political endorsements and electioneering. But the observance, which falls on Oct. 2, now has legislative heft behind it.

House Majority Whip Steve Scalise is introducing a bill in Congress misnamed the "Free Speech Fairness Act" that would lift many of the protective restrictions the 1954 Johnson Amendment (introduced by Sen. and later President Lyndon B. Johnson) has placed on 501(c)(3) nonprofits, including churches.

"The bill restores free speech and religious liberty to churches and other nonprofits by allowing them to make political statements, so long as they are (1) made in the ordinary course of the organization's regular and customary activities in carrying out its exempt purpose, and (2) any expenditure related to this are de minimis," Scalise's press release says.

Scalise held a press conference on Wednesday, Sept. 28, to announce the dangerous bill, along with Rep, Jody Hice, R-Ga., and a cluster of evangelicals, including Family Research Council President Tony Perkins and Christiana Holcomb, a lawyer with the Alliance Defending Freedom.

Family Research Council and Alliance Defending Freedom are among the main well-heeled Christian right groups behind Pulpit Freedom Sunday. Family Research Council has a project called "Watchmen on the Wall," and encourages pastors this Sunday, Oct. 2, to "1) Preach an Election Sermon" and "2) Prompt your Church Members to Call Congress to repeal the Johnson Amendment."

Now, Scalise and fellow ultraconservatives in Congress have taken their cue from these evangelical groups.

The Freedom From Religion Foundation is prominently named and condemned in Scalise's press release. FFRF was at the center of a high-profile lawsuit against the Internal Revenue Service over illegal church electioneering. FFRF's federal lawsuit charged that political violations by churches were being selectively ignored and it took the IRS to court in November 2012. After being given assurances, that the IRS had authorized procedures and "signature authority" to resume initiating church tax investigations and examinations, FFRF agreed to drop its suit. The challenge can be resumed if evidence comes forward that the IRS has discontinued its investigations.

Scalise's press release has spun this into something nefarious.

"In 2012, the IRS settled a suit with the Freedom From Religion Foundation (FFRF), which was complaining that the IRS did not enforce the prohibition on political activity," the statement says. "The IRS created a unit which investigates church violations—the 'Political Activity Referral Committee' (PARC). It has identified 99 churches as having 'potential impermissible political campaign intervention activities.'"

FFRF notes that it is the role and obligation of the IRS to police improper activity by 501(c)(3)s and that churches may not break the law.

"Allowing churches to engage in open politicking and endorsement would undermine the very foundations of our secular republic," says FFRF Co-President Annie Laurie Gaylor. "Any attempts to do this—legislative or otherwise—must be thwarted."

She adds that permitting churches to funnel tax-exempt donations for political purposes would make the dark money created by Citizens United look like loose change. Gaylor explains that the problem is compounded by the IRS code that exempts churches from filing annual tax returns accounting for their tax-exempt money, unlike all other 501(c)(3)s.

The Freedom From Religion Foundation is a national nontheistic organization dedicated to the separation of state and church, with more than 23,000 members all over the country.