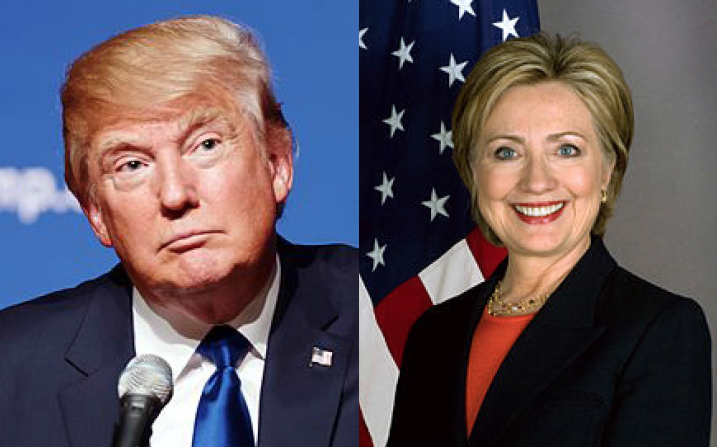 The two presidential candidates from the major parties are doing little to court the growing secular vote.

Hillary Clinton took to religious pandering on the campaign trail. She asserted to the 136th annual National Baptist Convention on September 8 that:

FFRF disagrees. We've long said that we don't need pious politicians who spend valuable time on their knees. We need politicians who will get off their knees and get to work. Prayer doesn't fix anything, but it does waste time and energy. And it also lets pandering public officials congratulate themselves on accomplishing something, when they are really just talking to themselves. Prayer doesn't heal the sick or rebuild cities after natural disasters. As Robert Ingersoll said, "The hands that help are better far than lips that pray."

Donald Trump, appearing at the Values Voters Summit on Sept. 9, promised that "our Christian heritage will be cherished, protected, defended, like you've never seen before." He also reiterated his call to overturn the Johnson Amendment, part of the GOP platform:

All religious leaders should be able to freely express their thoughts and feelings on religious matters. And I will repeal the Johnson Amendment if I am elected your president, I promise. So important.

Named after then-Sen. (later President) Lyndon B. Johnson, the amendment prohibits tax-exempt organizations from engaging in political campaigns. The law is a safeguard that prevents any 501(c)(3) nonprofit, which include churches, from participating in or intervening in any political campaign on behalf of (or in opposition to) any candidate for public office if they wish to retain tax-exempt status. In short, the IRS prohibition against endorsing or opposing candidates for elected office applies equally to pastors and church officials.

The amendment absolutely does not silence the free speech rights of pastors. Ministers and congregations are free to engage in church electioneering — if they forego their tax-exempt privilege. Religious leaders are free to endorse whomever they choose — so long as they do so on their own time and dime as citizens (a right that many Religious Right leaders take full advantage of). They simply cannot do so from the pulpit as church officials, or expend church resources to electioneer.

Tax-exempt 501(c)(3) nonprofits are afforded a special privilege, which amounts to an indirect but "huge" public subsidy. If an organization profits from tax-exemption, it forfeits the right to engage in political campaign intervention in exchange for this subsidy. Were unaccountable, tax-exempt churches allowed to politick, watch out! Churches and their congregations would turn into political money-laundering operations. And our secular republic, not just our elections, would be imperiled.

The Johnson Amendment provides an important safeguard. It must be preserved and enforced, something FFRF helped maintain by in our lawsuit against the IRS.

To pandering candidates everywhere, may we quote some sage advice from Ben Franklin:

When a Religion is good, I conceive that it will support itself; and, when it cannot support itself, and God does not take care to support, so that its Professors are oblig'd to call for the help of the Civil Power, it is a sign, I apprehend, of its being a bad one.