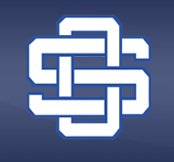 The Freedom From Religion Foundation caused a prayer service to be moved out of a public elementary school in Mississippi.

The Oak Park Elementary School in Ocean Springs, Miss., was all set to host a back-to-school prayer service yesterday. The Ocean Springs School District was partnering with local churches to put on the event. Superintendent Bonita Coleman planned to participate. A similar event was held last year.

FFRF stressed to the school district that this was a blatant violation of the Establishment Clause of the First Amendment.

"It is well settled by the courts that public school employees may not lead, direct or encourage students to engage in prayer," FFRF Senior Staff Attorney Rebecca Markert wrote to Coleman. "The Supreme Court has continually struck down formal and teacher or school-led prayer in schools."

"The prayer event is an especially egregiously violation," Markert added in her letter to Coleman. "The event is school-sponsored and school-promoted. Indeed, you, as the school superintendent, are promoting the religious ritual. It does not matter that this event occurs outside normal school hours because prayers at other after-school events such as football games and graduations have been found unconstitutional by the U.S. Supreme Court."

"A community-wide, back-to-school prayer service set for Tuesday had to be moved from an Ocean Springs elementary school after a national group sent the district a cease-and-desist letter," the Mississippi Press reports. "Rather than engage in a court battle over the issue, Coleman and Rev. M.J. Kirby at St. Paul United Methodist Church both said the back-to-school prayer service has been moved to First Baptist Church in downtown Ocean Springs. Coleman said she will not participate."

Coleman indicated to the newspaper that the cost to the school district of hiring an attorney to defend its hosting of the event weighed heavily on her mind.

FFRF is pleased that its letter had the intended effect.

"Our public schools exist to educate, not to indoctrinate," says FFRF Co-President Annie Laurie Gaylor. "And it's vital that superintendents not only ensure activities remain secular, but are role models for the district."

The Freedom From Religion Foundation is a national nontheist organization dedicated to the separation of state and church, with nearly 24,000 members all over the country, including in Mississippi.